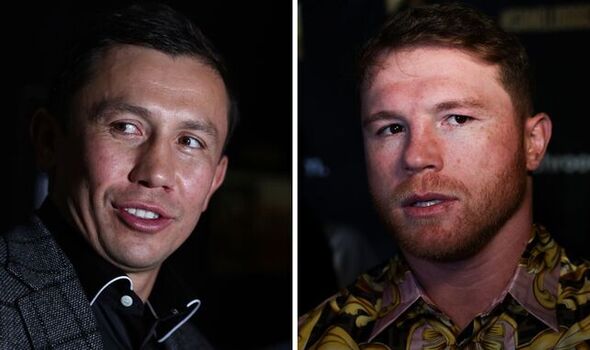 Gennady Golovkin claims the change in atmosphere between him and Canelo Alvarez ahead of their third fight may be down to the ‘side effects of certain substances’. Golovkin and Canelo are set to square off once again on September 17.

The pair fought to a controversial draw during their first encounter in 2017 before Canelo defeated his foe via majority decision one year later. In both of those fights, there was clearly a great deal of respect between the rivals.

But flash forward four years and things are far more personal – at least on Canelo’s end. During their recent press conference, the former pound-for-pound king claimed Golovkin is “two different people” and that despite pretending to be a “nice guy” he is actually an “a***hole.”

Golovkin smiled at Canelo when the comment was made but chose not to engage in a war of words. Now, ‘Triple G’ has explained why he thinks Canelo is so wound up. 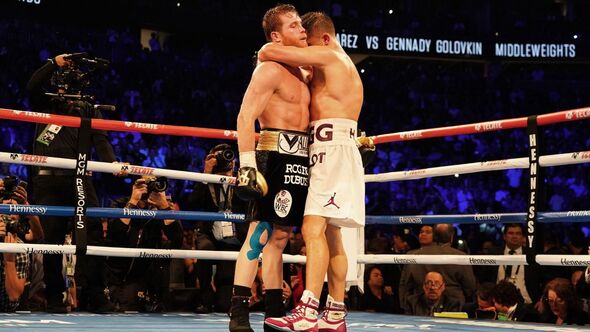 “I don’t even know how to explain it,” he told Boxing Scene. “Maybe it’s just the side effects of certain substances in the body. But I treat it as a sporting event, nothing personal. But the words that he chooses to say are unexplainable. Inexplicable.”

It’s not exactly clear what Golovkin’s comments were alluding to, though the heavy-hitting Kazakh has fired allegations at Canelo and branded him a ‘cheat’ in the past after the Mexican tested positive for clenbuterol ahead of their original May 2018 date. At the time, Canelo and his then promoter Oscar De La Hoya claimed that the performance enhancer had entered Canelo’s system after consuming meat contaminated by the substance, but Golovkin didn’t buy their justification.

“I told you, it’s not Mexican meat,” Golovkin told AP News. “This is Canelo. This is his team. This is his promotion. Canelo is cheating. They’re using these drugs, and everybody is just trying to pretend it’s not happening.

Tony Bellew ‘would not pay’ for Derek Chisora vs Deontay Wilder 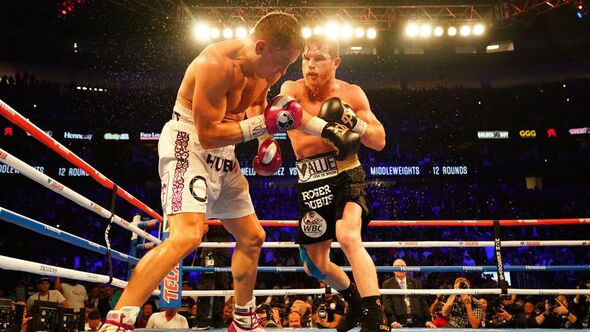 “It was pretty obvious when [Canelo’s] muscles were all [enlarged] and with the traces of injections, which were visible,” Golovkin said through a translator. “I can talk about Oscar De La Hoya, too. He is also not clean. He’s dirty.”

Canelo, who has always denied knowingly taking banned performance-enhancing drugs, admitted last week that he has been angered by Golovkin’s past comments and blasted his rival for failing to repeat the claims to his face during their fiery press conference. “He said I was dishonest, that I was a farce, that I was a cheater” Alvarez explained. “He mentioned that my entire team was a shame for my country. So those are some of the things he mentioned.

Meanwhile, Canelo is making his first appearance since suffering the second loss of his career against Dmitry Bivol at light-heavyweight. Canelo became undisputed super-middleweight champion in November of last year when he TKO’d Caleb Plant in the eleventh round of their contest.