Mayweather danced and laughed his way through the majority of his clash with Deji before claiming a stoppage victory in the sixth round.

The 50-0 all-time great shared the ring with 1-3 YouTuber Deji – real name Oladeji Olatunji – with the contest waved off at the first sign of his opponent’s distress at the Coca-Cola Arena in Dubai. 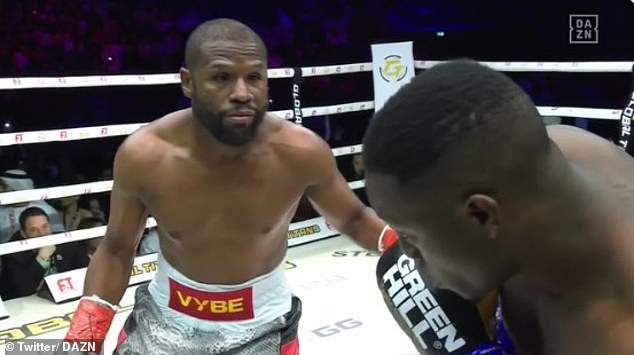 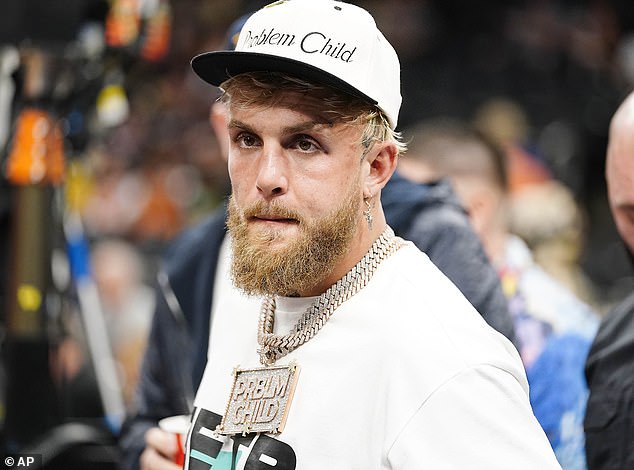 Paul took to Twitter to rip into the boxing legend, accusing him of ruining it to pay his taxed

Paul took to Twitter to rip into Mayweather and the exhibition fight, as he posted: ‘Floyd Mayweather is ruining the sport of boxing to pay his unpaid taxes.’

Paul was in attendance at the exhibition event in Dubai and sat ringside. However, he almost ended up in a bout of his own.

Furiously clashed with both Tommy Fury and his father, John, after the Love Island star produced a lackluster performance in his short-notice exhibition bout against Rolly Lambert.

Mayweather reportedly refused to walk down to the ring his fight until Paul left the arena.

Paul vented his frustrations at the legendary fighter on social media, stating Mayweather demanded his exit from the venue. ‘Floyd wouldn’t fight unless I left,’ Paul wrote on his Instagram story. ‘Shallow ego.’

Fury, 8-0, was set for his ninth professional outing on the undercard of Floyd Mayweather’s exhibition bout against YouTuber Deji in Dubai, before his match-up against Paul Bamba was axed at the last minute due to a dispute on the weight of the fight.

In stepped cruiserweight Lambert, with the pair sharing six rounds of very little action – drawing audible boos from the Coca-Cola Arena crowd – in their exhibition bout, with Paul jeering the action on commentary throughout. 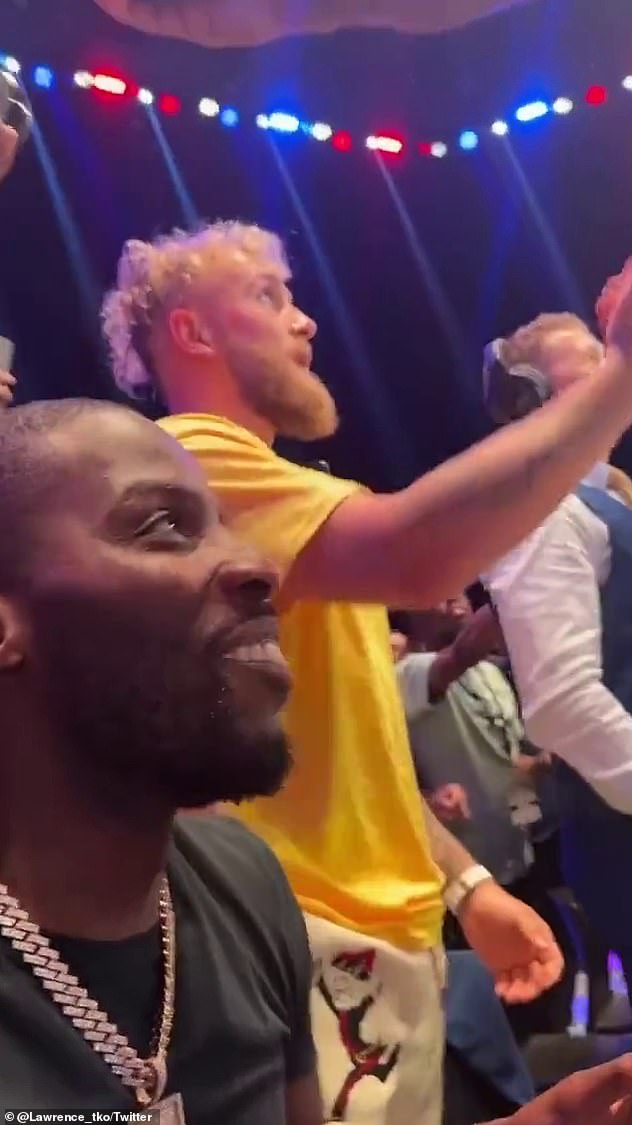 Fury and Paul have twice been scheduled to fight, with the former forced to withdraw on both occasions, first due to injury and second having been prohibited from travelling to the United States.

And the pair, who have hurled insults at each other on numerous occasions, were at it again, with Paul screaming ‘you’re f***ing s**t’ and ‘you’ve got no d**k’ at Fury while the exhibition was taking place.

Fury responded throughout the fight, calling his long-term rival a ‘b***h’ during the third round of his six-round clash. But it was after the fight that the furious exchange between Paul and both Tommy and John Fury began. 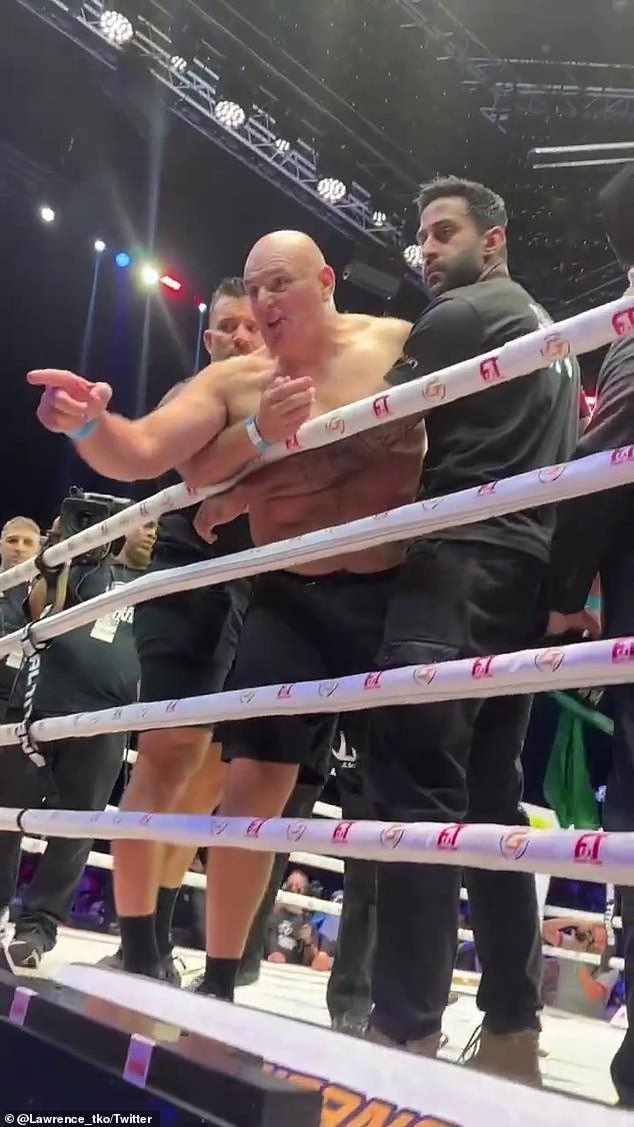 It started with John, who climbed inside the ring, ripped off his shirt and implored Paul to join him in the squared circle, shouting: ‘Forget my son, I’m the king of the bare-knuckle man.’

Tommy Fury, who is now without a professional fight since his six-round points win over Daniel Bocianski in April, then joined the equation, stating: ‘There’s a certain b***h from ringside that I want in the ring now.