‘It’s about respect for the first time’: Jake Paul AVOIDS trash talk ahead of Anderson Silva fight and insists he will not over celebrate if he beats MMA star-turned boxer next month

Jake Paul has resisted the temptation to trash talk ahead of his fight against Anderson Silva, insisting he will not over-celebrate if he wins next month’s bout.

Silva, 47, is considered an MMA legend having held the UFC middleweight champion title for more than 2,457 days between 2006 and 2013, and many regard him as the greatest striker to perform in the UFC.

He was removed from the roster when his contract expired in 2020 but the 47-year-old has since gone on to box successfully, and is now looking to beat YouTuber-turned-boxer Paul in the ring on 29 October. 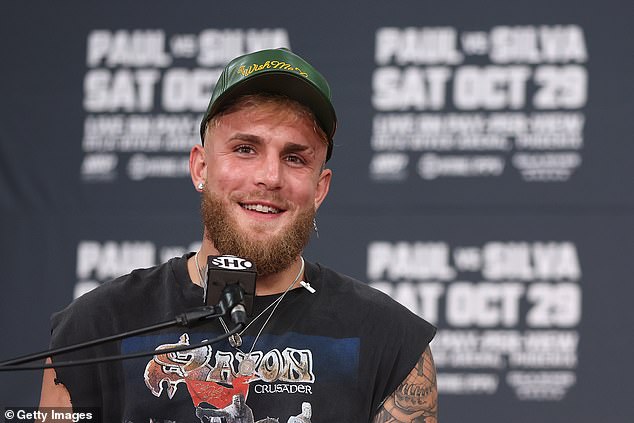 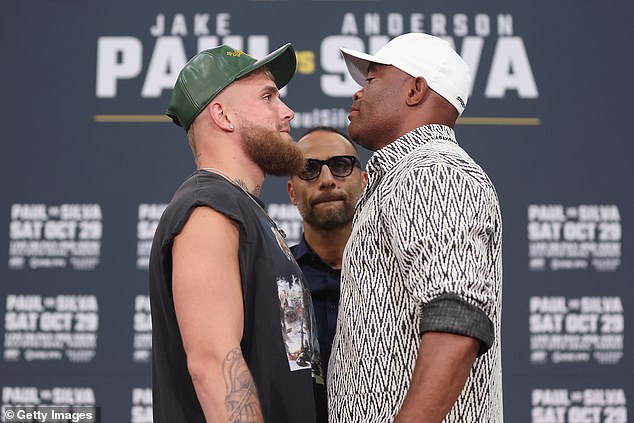 But Paul, 25, is confident he will win but insists respect will be at the forefront of his mind when the fight is over, even if he knocks his opponent out.

‘I think people will be upset,’ Paul responded when asked how the reaction will be to him beating a beloved legend like Silva.

‘But I feel like they’re already upset with me, I already knocked out Tyron Woodley and I already talked s*** to a lot of the guys there, so it’s definitely a love-hate relationship. 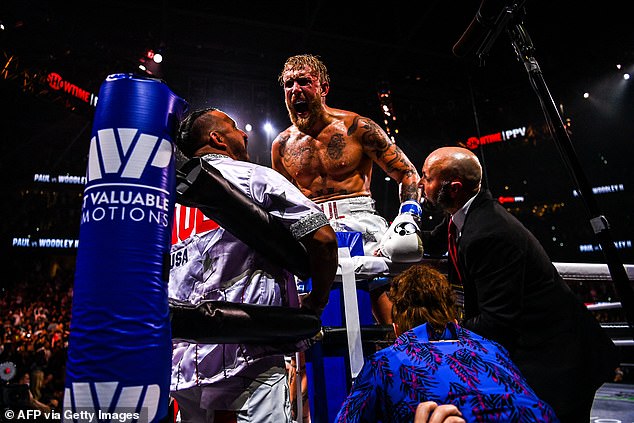 Paul insists respect will be at the forefront of his mind, even if he knocks his opponent out

‘For me, that’s not what the fight’s about it’s about respect for the first time and hopefully when I knock him out I can help him get off the canvas.’

Paul had been searching for his next opponent after back-to-back victories over Woodley, and is keen to stay ring-ready as he waits for a much-anticipated bout with fellow social media sensation KSI, which has been verbally agreed for next year.

The 25-year-old will aim to register his sixth professional victory in a row when he takes on Silva. 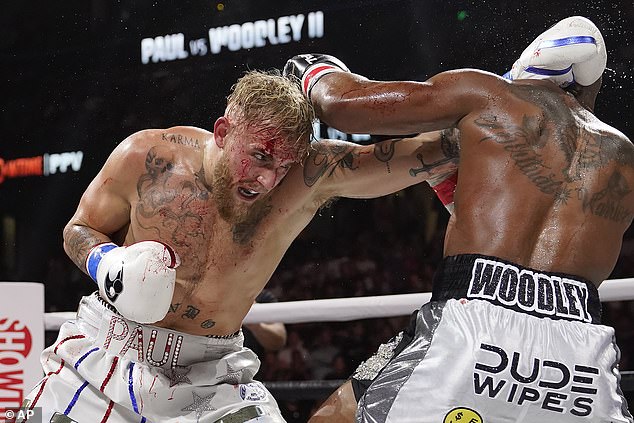 Paul, meanwhile, has knocked out AnEsonGib, Nate Robinson and Ben Askren since making his professional debut in 2020.

Silva’s MMA career finished with a whimper and he was well past his prime, winning only one of his last nine fights.

The UFC should arguably have cut ties with him long before his contract expired but the veteran still possesses solid combat skills, and is perhaps better suited to boxing than MMA. 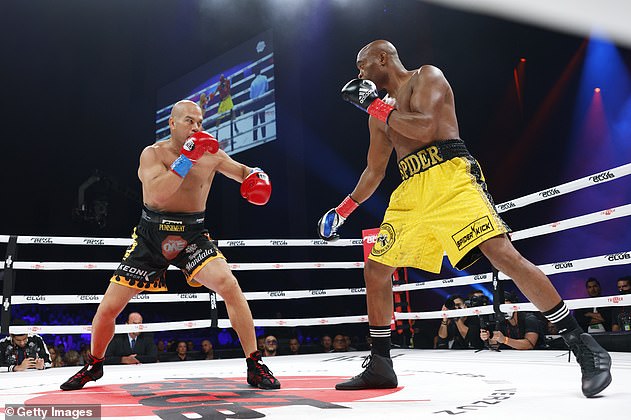 ‘People want to see me lose and that’s what I built my career off of,’ Paul said at Tuesday’s press conference.

‘So I get it, I get the hate. And I’ve just had to establish myself and work hard in the gym. I mean, this could be a changing of the guard.

‘Or you could win and, you know, silence the kid that everyone wants to be silenced, so I do think this is iconic in that sense. And you’re a f***ing legend, bro, and you’re good as s*** so it’s going to be a tough fight.’