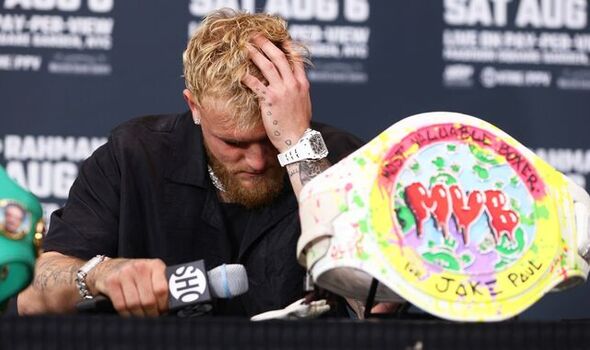 Hasim Rahman Jr has ripped into Jake Paul for trying to ‘cheat’ him out of the fight by adding a rehydration clause to their contract. Rahman Jr and Paul will face each other next month at the 200lb cruiserweight limit.

Rahman Jr usually operates at heavyweight and has stepped on the scales as heavy as 264lb in the past. Now, with only one month’s notice the son of former heavyweight world champion Hasim Rahman must drop two stone to make the weight for his clash with the YouTube star.

Furthermore, Paul has also inserted a rehydration clause meaning Rahman Jr cannot be above 215lb during a second-day weigh-in while Paul is expected to weigh 195lb which is his walk-around weight.

Confirming the clause during a media scrum after the pair’s first press conference on Tuesday, Paul said: “The second-day weigh-in is Saturday morning. He can weigh 215 Saturday morning and the night of the fight he can weigh whatever he wants.” 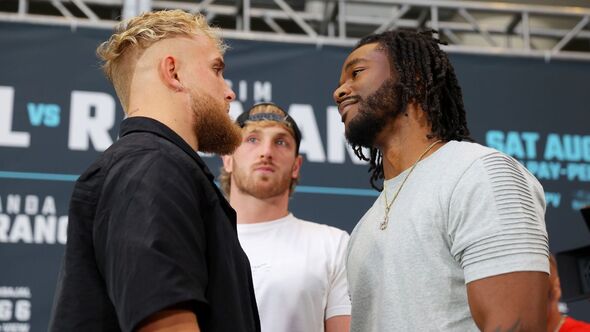 In response, Rahman Jr said: “He wouldn’t have tried to drain me down to 200lb and cheat me under 210lb. That’s what they tried to do. Then they shoot me a contract and say, ‘Here, it’s take-it-or-leave it.

The fight appeared to be in jeopardy on Monday after ‘The Problem Child’ claimed Rahman Jr and his team were threatening to no show Tuesday’s press conference if they weren’t given more money. But his opponent denies that this conversation ever happened.

Fury slammed for dodging fights and killing boxing by Paul 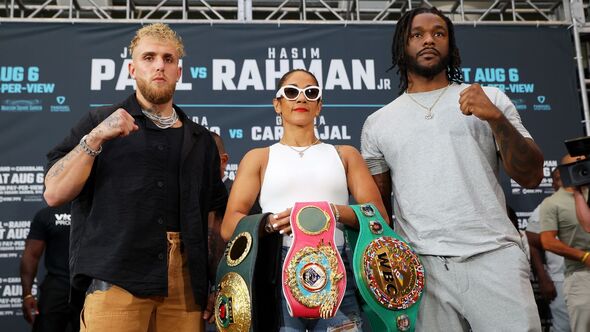 Both men square off on August 6 at Madison Square Garden, New York City live on Showtime PPV. Amanda Serrano co-headlines the card as she defends her WBC and WBO featherweight titles against Brenda Carabajal. No undercard bouts have been confirmed as of right now.