Jake Paul only looked lightly bruised in his first public outing, barely 24 hours after defeating UFC legend Anderson Silva on Saturday, as he attended the Phoenix Suns’ home win against the Houston Rockets.

The YouTuber-turned-boxer seemed in high spirits, shooting around the basketball in the warmup to the game at the Footprint Center in Arizona’s capital on Sunday night.

He even dabbed up several players on both teams, including 7-ft-4 popular center Boban Marjanovic, and posed for court-side snaps with Chris Paul and Devin Booker. 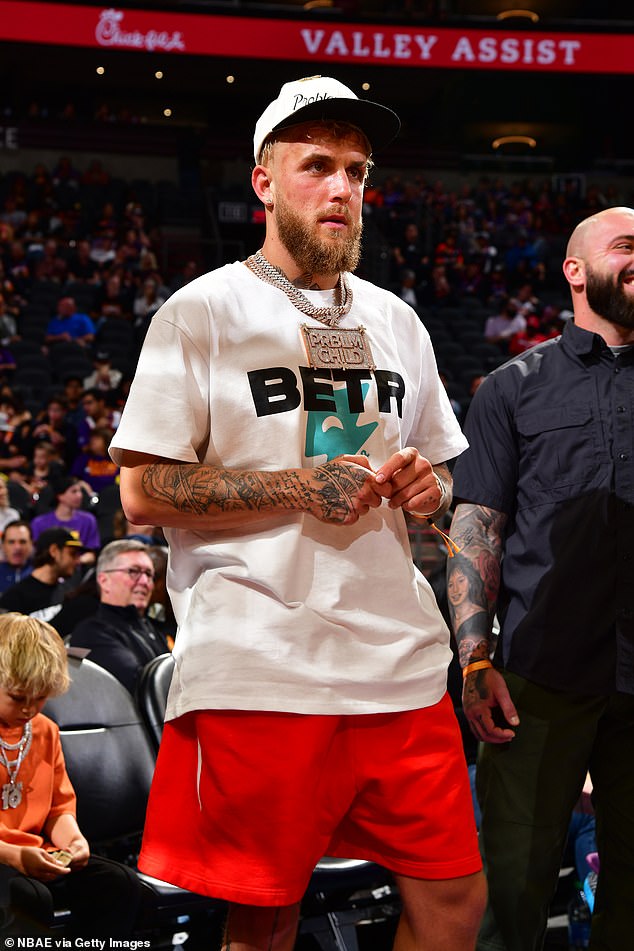 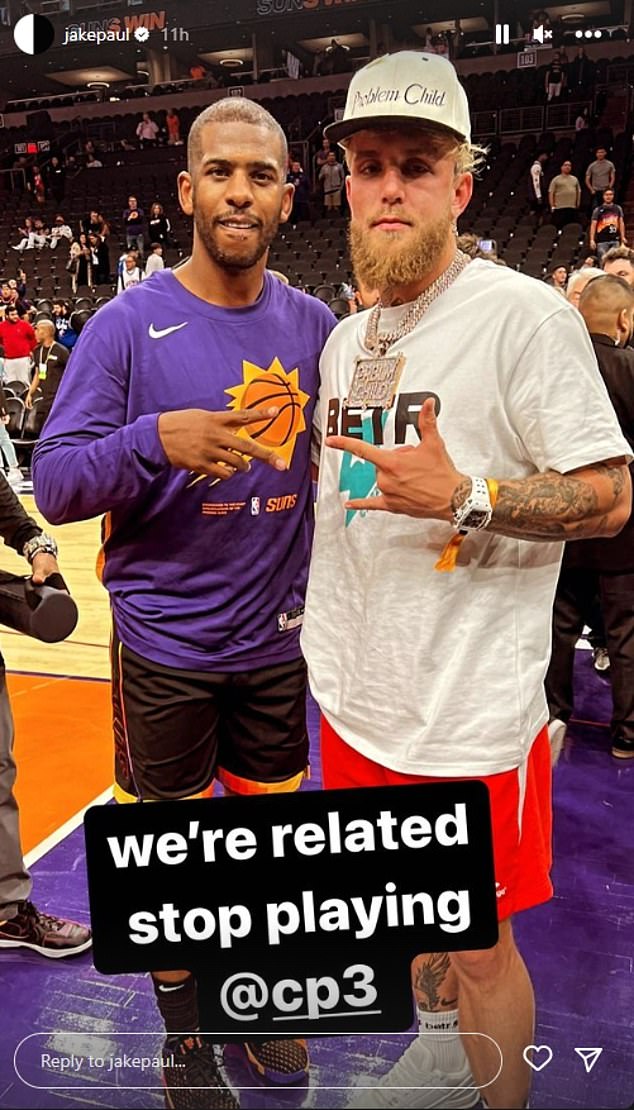 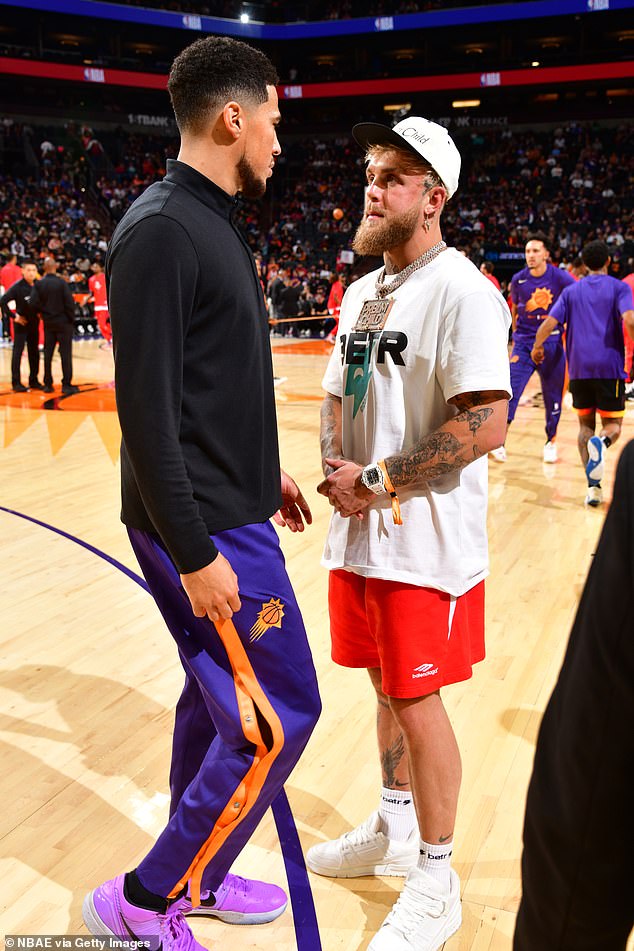 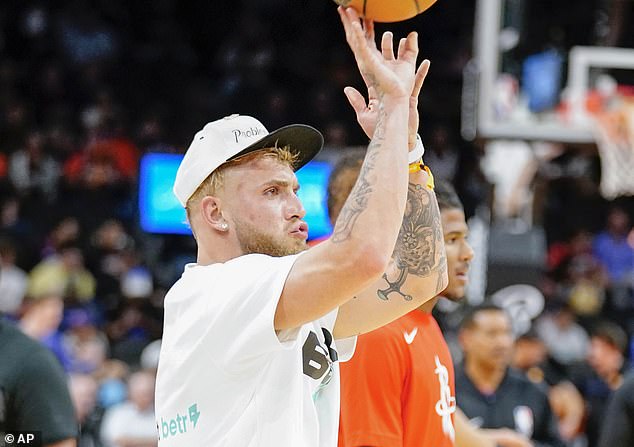 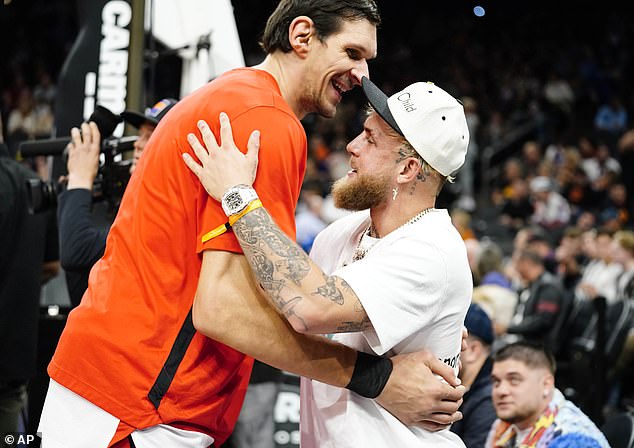 He also shared snippets of his girlfriend, Julia Rose, whom he’s been reportedly dating since 2020. She was pictured wearing one of Paul’s infamous ‘Make Boxing Great Again’ trucker hats.

The 25-year-old Paul was donning a white t-shirt promoting his new gambling venture Gamblr, which has raised $50 million in funding, while also wearing red shorts and a diamond chain with his nickname ‘Problem Child’, reportedly worth an astonishing $225k, according to TMZ.

The former Disney star, who has amassed 20.4 million views on YouTube over the years, showed up to the NBA game after it was revealed that he took six of the eight rounds in an impressive win against Anderson Silva on Saturday in Glendale, only a 17-minute drive from Phoenix.

The youngest of the Paul brothers is now 6-0 after recording the best win of his short boxing career. 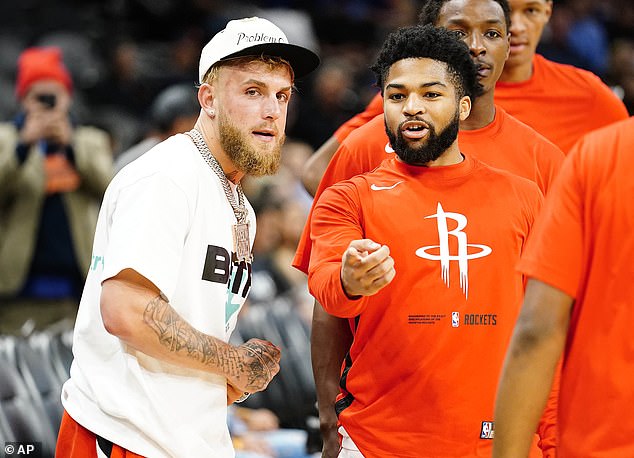 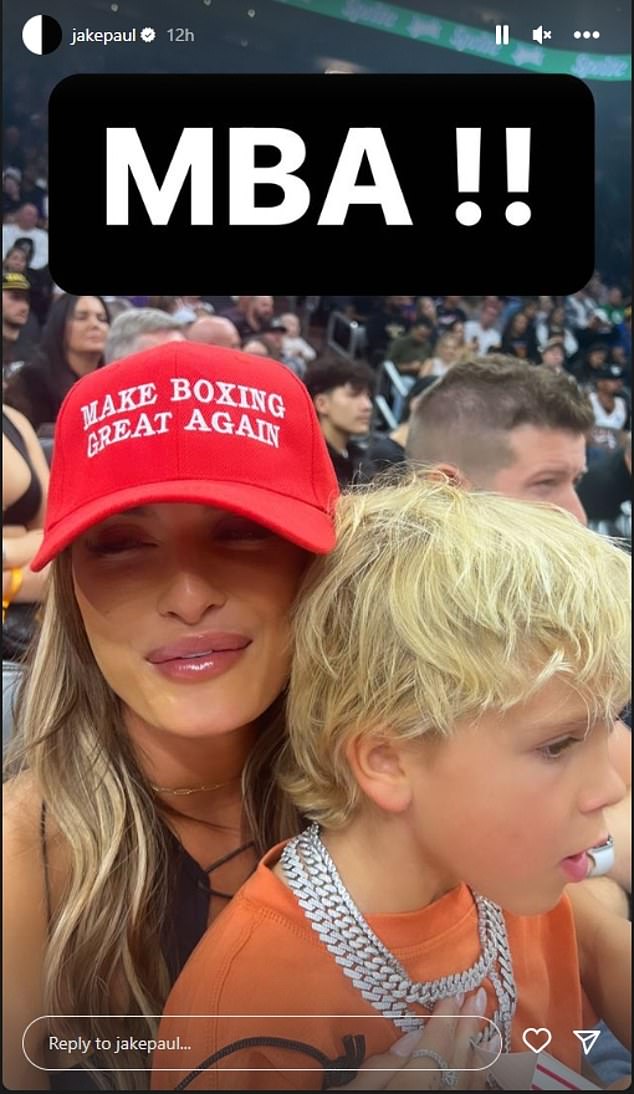 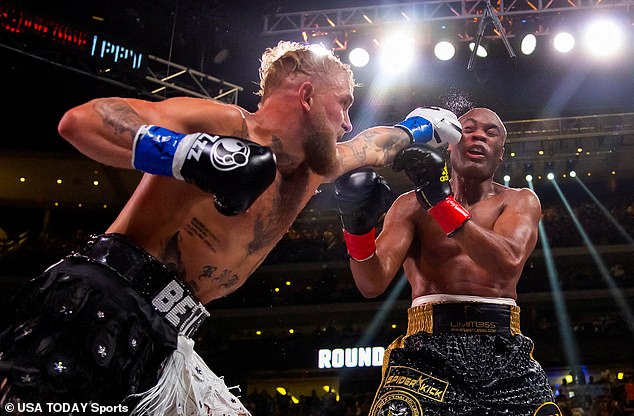 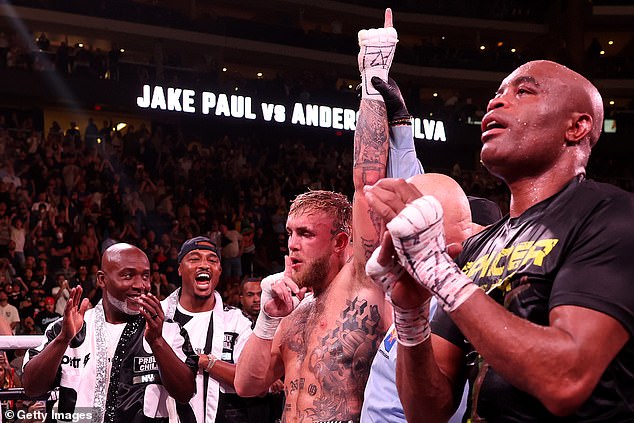 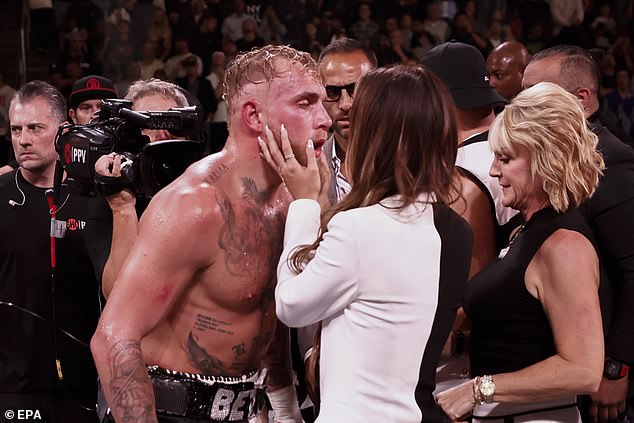 After celebrating his sixth win in a row, a bruised and wary Paul received a kiss from Rose

And despite it being a close and competitive fight on the night, several judges including Dennis O’Connell, Paul Calderon and Chris Wilson, scored the bout 78-73, 78-73, 77-74 to the Cleveland, Ohio native.

All three awarded Paul the first, fourth, six, seventh and eighth rounds in the eight-round catchweight fight, the last of which saw Paul knock Silva down with a thumping blow.

There was agreement on giving the 5th dan black belt taekwondo star the second and fifth rounds, with Calderon nominating Silva for the third too – but all others were scored for his opponent.

Statistics showed Paul landed 83 of his 336 punches (25 per cent) while Silva made 79 of his 251 (31 per cent), with Paul making 30 body shots as opposed to Silva’s 13, seeming to be rewarded for his increased activity as opposed to accuracy.