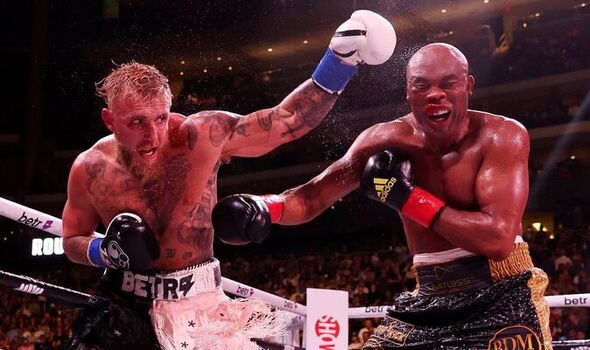 Jake Paul says he will defy his brother’s advice to retire after beating MMA legend Anderson Silva on Saturday, with the YouTuber-turned-boxer set on becoming a world champion. Paul stretched his record to 6-0 (4KOs) with a points win over Silva in Arizona. After the fight, he called out Mexican superstar Canelo Alvarez and UFC cult hero Nate Diaz.

Paul revealed his older brother Logan, who lost his one and only professional fight to YouTuber KSI and has since fought Floyd Mayweather in an exhibition, the 25-year-old him to call time on his foray into boxing, but ‘The Problem Child’ has swiftly shut those suggestions down.

“My brother says that I should retire and leave the world and leave people with their jaws dropped, but I’m not going to do that,” Paul told MMA Fighting. “I have exceeded my own expectations but this is just the start, man. I am really starting to get good and there are a lot of people I want to beat and I want to be a world champion. Initially, I was like ‘I’ll go 10-0 and then retire’, but now I’m 6-0 and it’s like I’m just getting warmed up, so who knows what ends up happening?”

Paul’s entry into the boxing world has been eye-catching, but he has found it hard to win over purists, primarily because he is yet to face an active professional boxer, instead facing a series of mixed martial artists like Ben Askren and Tyron Woodley before Saturday’s unanimous decision win over ‘The Spider’.

Paul accepts he will never be able to convince some of his doubters, but he believes he is starting to be given the credit he deserves.

He said: “I think smart people with intelligence are giving me props and respect, like the WBC president (Mauricio Sulaimán) saying ‘Anyone who says Jake is not a real boxer is just bitter and is a hater’.

“There are the people who will always be there in my career that are discrediting it and now they’re saying it’s rigged. It went from ‘Jake’s going to get knocked out by Anderson’ to ‘Oh, that was rigged’.

“I lose faith in my generation and my peers and us as a society and a world when I see that type of stupidity. It sucks, I work so hard for this and I dedicate everything and sacrifice everything every single day, and when I do something like beating Anderson Silva they try to take it away from me, but I know deep down, so I guess that’s all that really matters.”

Paul talked up the possibility of facing Diaz next, although a clash with Tommy Fury remains on the radar after it was cancelled twice in the past year, firstly due to an illness for the Brit before he was later denied entry to the United States for the second fight after visa issues.

“There is definitely interest,” Paul said of a Fury fight. “I think if his team is taking the financial risk and putting the event on, then I’m cool with that. I just don’t want to take the risk anymore because I think he’s going to back out again most likely.

“But it’s an easy fight for me. Way easier than Anderson. The kid is a novice, he’s never fought anyone good. He’s never even fought an eight-round fight, so he doesn’t have the experience I do, which is crazy to say because he’s been doing it his whole life.