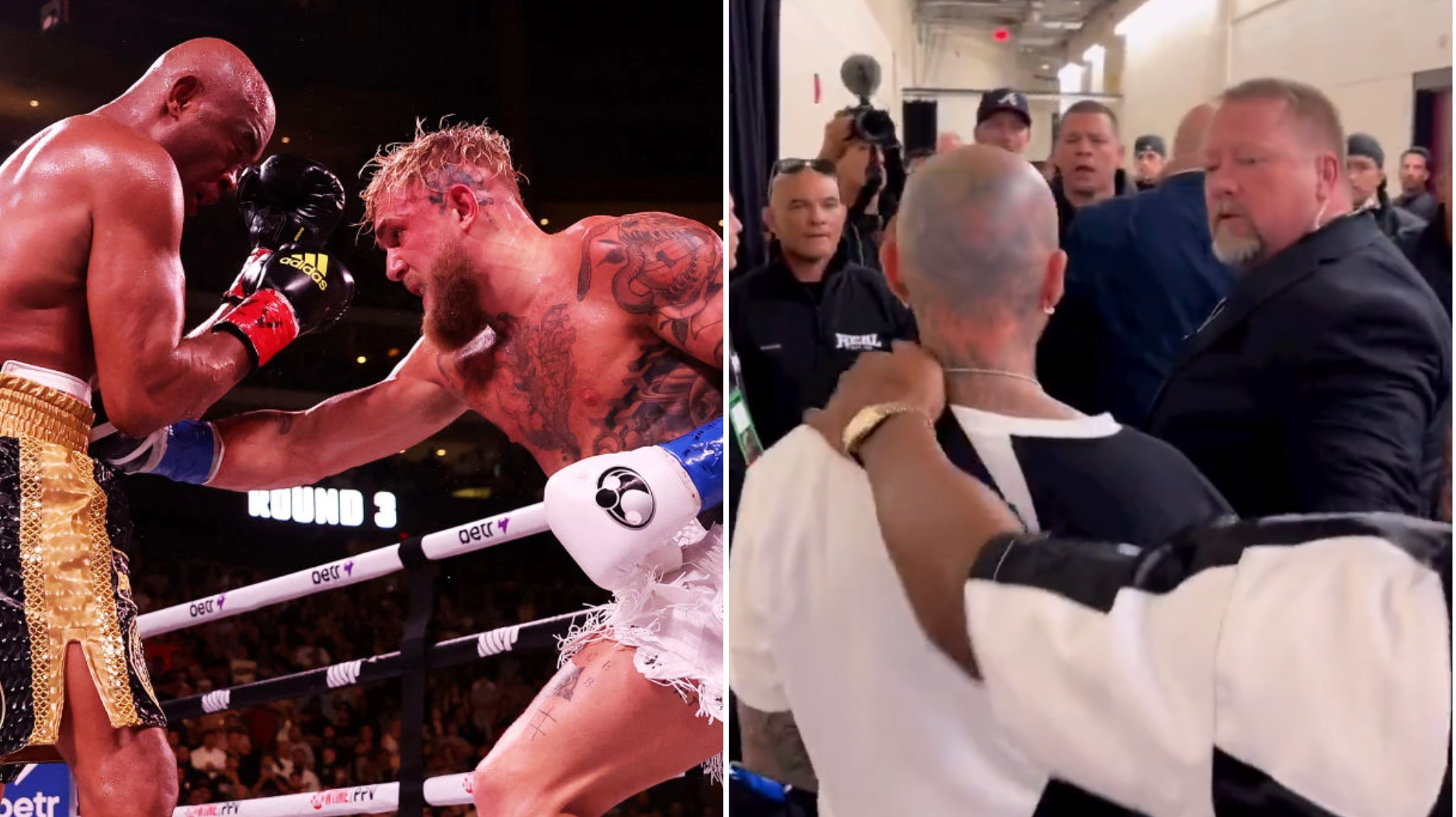 YouTube and social media star Paul secured an unanimous decision win over the 47-year-old to extend his record to 6-0, knocking Silva down in the final round to underline his dominance.

Having also recorded victories over former MMA champions in Tyron Woodley and Ben Askren, Paul now appears to be targeting another name from the world of mixed martial arts in Diaz, who recently beat Tony Ferguson in the last fight on his UFC contract.

Diaz was in attendance at the Desert Diamond Arena in Arizona, watching teammate Chris Avilia in action as he secured a dominant victory over Mike Varshavski on the undercard.

A row later erupted backstage involving Diaz, members of his team, security and someone who was later identified as a member of Paul’s team. Diaz appeared to slap the latter in the heated incident.

Speaking in his post-fight press conference, Paul addressed the incident and called for Diaz to face him in the ring.

‘Nate Diaz was here, acting like a bitch. Everyone wants that fight, he was trying to fight people in the hallway,’ Paul told a press conference.

‘Nate, stop fighting people for free, let’s do it in the ring. I know you’re a little slow, buddy, but it is okay, we can make that fight happen.

‘It is typical of him, that is what he likes to do, he is a street gangster. He likes to act tough and he is really not. Why are you trying to beat some up in a hallway, bro?’

Paul had earlier revealed Diaz had tried to enter his locker room ahead of the fight, also calling out unified super-middleweight champion Saul ‘Canelo’ Alvarez, the pound-for-pound star of boxing who the American has repeatedly called for a fight with.

‘He tried to come into my locker room, he tried to cause some s**t. Then he always leaves the f***ing arena. So, Nate Diaz, stop being a b***h and fight me. And Canelo, you too.