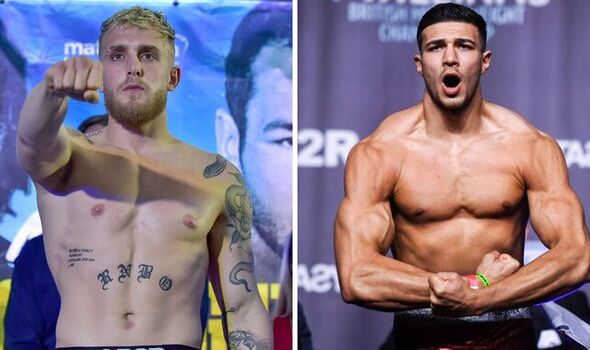 The long-awaited Jake Paul vs Tommy Fury fight is “90 per cent done”, according to the YouTuber’s trainer. The pair were set to face each other in their hotly anticipated grudge match last December but Fury pulled out after suffering a broken rib and chest infection in the lead-up to the bout. In his place, Tyron Woodley stepped in to save the show only to be knocked out cold in the sixth round.

For a while, it seemed the fight would never happen, with Paul repeatedly telling the press Fury had ‘blown his chance’. But a recent interview with Paul’s coach Danny Smith has revealed that the fight is nearly signed.

Talking to Vegas Insider, Smith said: “I’d probably say that we’re around 90% done but we’re just waiting on their end. We’re good on our end. Whatever particulars that need to be worked out their end that’s what we’re waiting on.”

When asked whether the Fury fight is the best next step for Jake, Smith responded: “I think so without question. And I like it because Tommy is a very fast foot guy, very fast hands and he moves around and understands distance and range, he boxes fairly well.

“It’s going to be really, really good. He’s not a huge puncher, but decent, with the right hand he is pretty decent. I think that it’s a really, really good step up for both guys to be honest with you. The reason I’m picking Jake to beat Tommy is because Jake has more of a dog mentality, the bigger puncher, and he’s willing to trade.”

Smith went on to state that he believes Paul can be a top ten fighter in the extremely competitive light-heavyweight division. He said: “We’ve just been fighting at the 190-192 limit. He’s just floating around that weight, but he will be a 175 pounder and he will crack the top ten.

Joshua accused of no longer being ‘hungry’ before Usyk rematch

“He has to stay so locked into his training because he knows that he doesn’t have the amateur background. So, we’re training all year round. We’re working on things all year round. It’s not like we meet like the typical former champion or current champion and work out for eight weeks and then we disperse. We keep working all year round.”

Paul recently announced that his next fight will take place at Madison Square Garden, New York City on August 6 against an undisclosed opponent, likely to be Fury. Also on the card is Amanda Serrano who is defending her WBC and WBO featherweight titles – although her challenger is also yet to be confirmed. The event is reportedly going to be shown live on Showtime pay-per-view with no other fights confirmed on the bill as of right now.