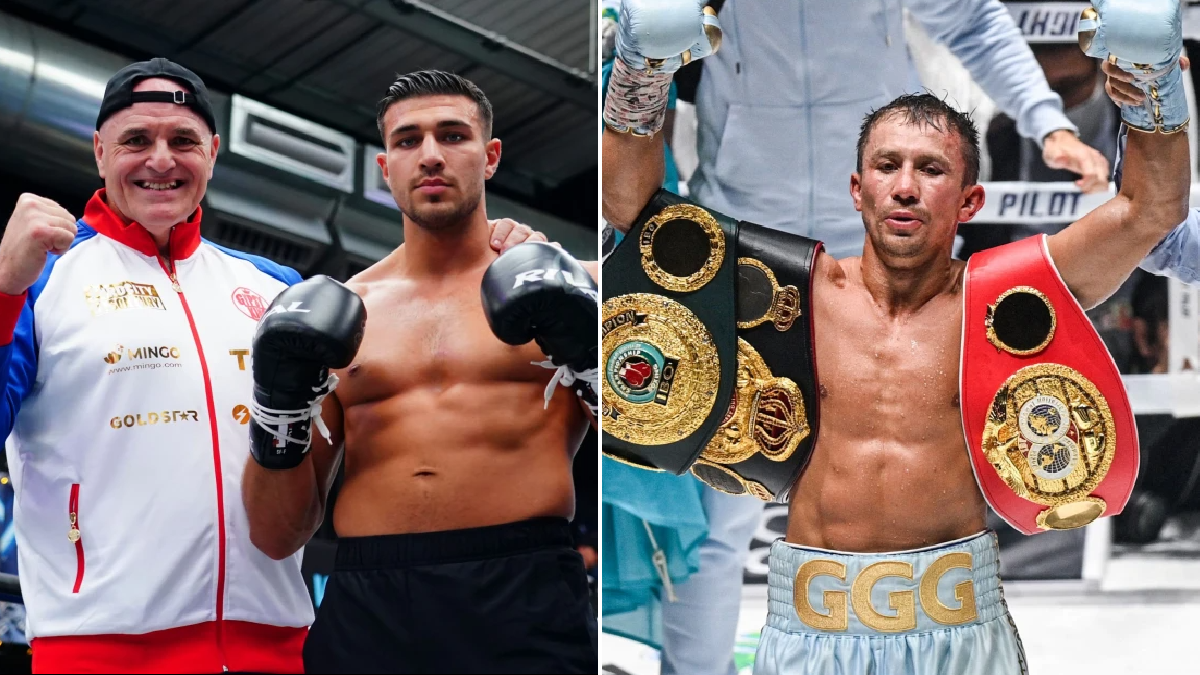 The 22-year-old is preparing for the eighth fight of his professional career as he takes on Daniel Bocianski on the undercard of Tyson Fury’s heavyweight fight with Dillian Whyte at Wembley on Saturday evening.

Fury has faced criticism for his performances in his last two fights against MMA fighter Anthony Taylor and Jordan Grant.

But John Fury believes his son has similar qualities to Golovkin, whose only loss in his career has come against Canelo Alvarez.

‘I’m not just saying it, this kid works his butt off to achieve where he’s got today,’ John Fury told Queensbury Promotions.

‘He don’t need boxing, this lad. He’s got other avenues to go down but he loves this job wholeheartedly.

‘He said, ‘dad, my life won’t be complete until I win titles’. This kid can go all the way and I believe in him.

‘He’s sharp, he’s strong, I also see shades of Golovkin in there as a younger man, and let me tell you, it’s all experience at this level, he’s stepped up to the plate, he’s got a 10-1 opponent, he’s a good kid, but you’ll see a different Tommy this time, you watch.’

Tommy Fury also came under fire after he was forced to pull out of his fight with Jake Paul in December.

But John Fury has no concerns about his son’s mindset.

‘My sons have got thick skin, I teach them, I train the mind as well as the body with Tommy, he’s only young,’ said John Fury.

‘I think the setback he had in December has made him stronger.

‘He’s knuckled down, he’s been there with Tyson, doing what Tyson’s been doing, iron sharpens iron, Tommy just wants to be like Tyson.

‘Tommy just wants to be like Tyson, and when you’ve got somebody to look up to like Tyson, you’ll take some stopping believe me.

‘But Tommy can punch like a heavyweight, he moves, he’s a lot better than people give him credit for, this kid will do big things, believe me. He’s just overshadowed by Tyson, and why not, Tyson’s the best thing in the world.

‘It’s all good for Tommy, he’s strong, he’s done his work and he can punch with both hands. And when you’ve got those kind of weapons in your arsenal you can’t go wrong.

‘Just match him right, look after him, it’s a step up on Saturday night but we’re expecting a good show from Tommy.’