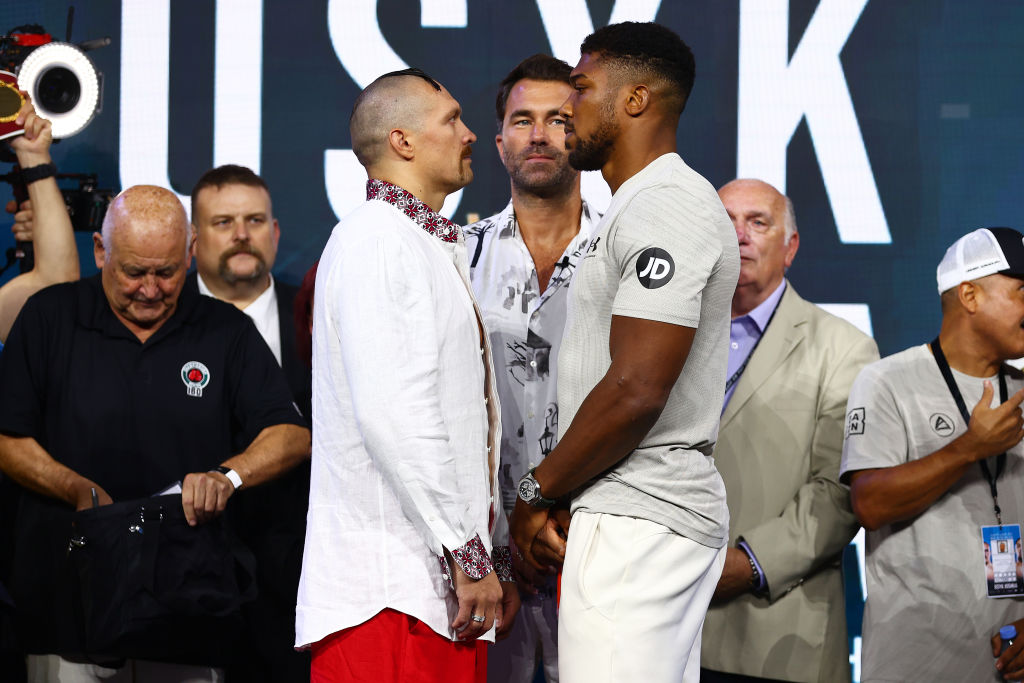 Oleksandr Usyk and Anthony Joshua are coming into their rematch at similar weights to their first fight, with the Ukrainian just half a pound heavier than their first meeting.

Reports had suggested that the WBO, WBO, IBF and IBO heavyweight champion had been bulking up for the rematch against the Brit, but he is at a near identical weight of 221.5lbs.

Joshua has come in slightly heavier than the bout in London, weighing in at 244.5lbs in Saudi Arabia compared to the 240lbs when he lost his titles to Usyk.

Both men were all business at Friday’s weigh-in, with Joshua dismissing the weight and the latest face-off as inconsequential to Saturday night’s fight.

‘Face-offs don’t win fights,’ he said. ‘I’ll be honest. All this stuff don’t matter, it’s all about the fight, real talk. Weight, face-offs, none of it matters to me, just looking forward to the fight.

On coming in at an almost identical weight to the first fight, Usyk added: ‘You see your expectations every time are not met.’

Joshua has not been this heavy for any of his last three fights, but came in heavier in wins over Wladimir Klitschko, Carlos Takam and Alexander Povetkin, and defeat to Andy Ruiz.

Usyk’s marginal increase in weight means he will come in at the heaviest he has ever weight in professionally, but he has spent most of his pro career at cruiserweight.

Former cruiserweight world champion Johnny Nelson told Sky Sports: ‘It’s minute, the difference in weight now, it’s minute, so now it’s about skills, tactics and what they think they can get away with in fight number two.’