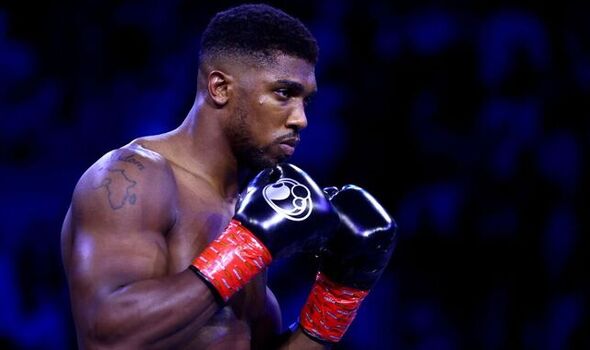 Boxing pundit Adam Catterall believes Anthony Joshua would be making a mistake in joining forces with Roy Jones Jr. The American boxing legend recently revealed that he has had conversations with Joshua about potentially training him and claims it is something they are going to explore.

But Catterall thinks Virgil Hunter and Eddy Reynoso are better suited to the Watford powerhouse’s style and can re-ignite the bullish AJ of old.

“I’m unsure about that if I’m really honest, as a combination, Roy Jones Jr and Anthony Joshua,” he said on talkSPORT radio. “This is no disrespect to Roy, he’s doing good stuff for Chris Eubank Jr, I just think there are some better options in the United States, that have specialised and worked with the big heavyweights previously… I’d like to see him up sticks from the UK, go to America, and come back Anthony Joshua 2.0 and hopefully kick on in 2023.”

He added: “I think the style of Roy Jones Jr works with Chris Eubank Jr as Chris is that person that likes to sit and single-shot people. Whereas Anthony is the type of fighter to come forward and throw combinations and TKO people with brute force.

“Like I said, Roy Jones Jr is a great trainer, I just think there are better people that would be better suited to Anthony Joshua… I like Virgil Hunter; I like Eddy Reynoso for him as well.”

Both men were considered among the potential options for Joshua’s new head trainer after he axed long-time mentor Rob McCracken ahead of his rematch with Oleksandr Usyk.

Fury statement released after weight and purse called into dispute

Instead, Robert Garcia was chosen to take the reins. However, whether AJ will continue to work with the 2011 Ring Magazine trainer of the year is still up in the air.

During a recent interview, Joshua didn’t give much away on the situation but did say that he wants to be a ‘free spirit’ and not be ‘tied down’ by one trainer. The former unified heavyweight champion is currently in the middle of a rebuilding process after losing three of his last five fights and is expected to return to action in early 2023.

According to promoter Eddie Hearn, the winner of Dillian Whyte and Jermaine Franklin is the ‘frontrunner’ for his next fight – likely to take place in March.