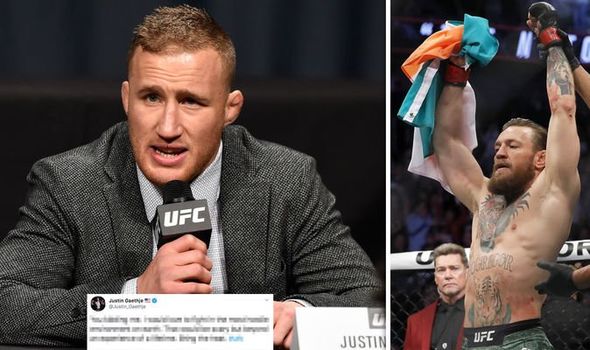 Justin Gaethje has broken his silence on reports he’s on course to fight Conor McGregor. The former World Series of Fighting lightweight champion has been angling for a fight with the Irishman for nearly a year.

Gaethje was on course to face McGregor last year, though a broken hand for the former two-division champion scuppered plans for a summer showdown in New York.

Earlier this week, however, it emerged the fan favourite could finally get his hands on the UFC’s poster boy later this year.

ESPN’s Ariel Helwani’s reported both parties are in preliminary talks with the UFC over a summer bout.

News of a fight between McGregor and Gaethje being in the works came a few weeks after it was announced the UFC will return to the former’s hometown of Dublin on August 15, fuelling suggestions the pair could headline the promotion’s first card in the city in nearly five years. 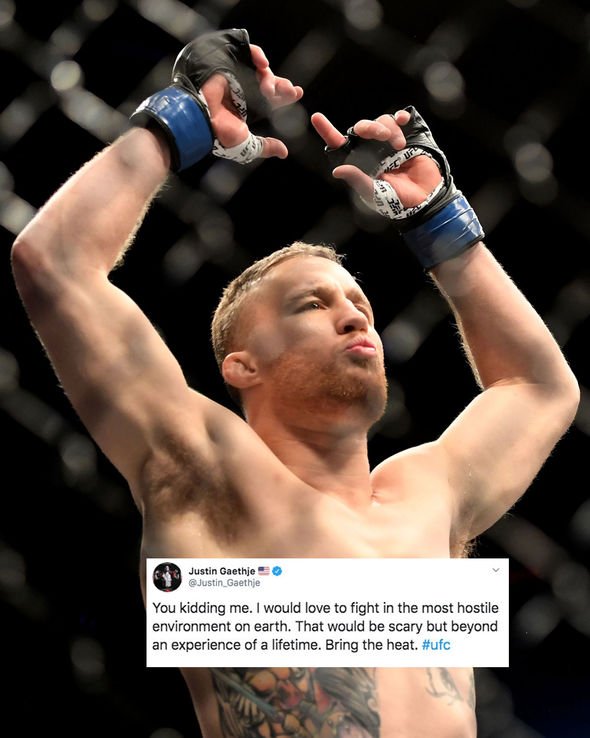 Justin Gaethje on a potential fight with Conor McGregor in Dublin

Gaethje would relish a showdown with McGregor on enemy territory, telling a fan who asked him about it on Twitter: “You kidding me.

“I would love to fight in the most hostile environment on earth.

“That would be scary but beyond an experience of a lifetime. Bring the heat.”

The in-form Gaethje relayed his willingness to fight on hostile territory to McGregor last December, sending him a direct message on Instagram in an attempt to land the fight.

News of McGregor being in early talks to face Gaethje, who has won his last three in a row via first-round TKO, came shortly after the American launched a scathing attack on the 31-year-old, who he branded a p***y.”

“The man is not going to fight me,” Gaethje said in a video alongside UFC flyweight champion Henry Cejudo.

“What the f**k do you gotta do? He’s running out of easy fights. 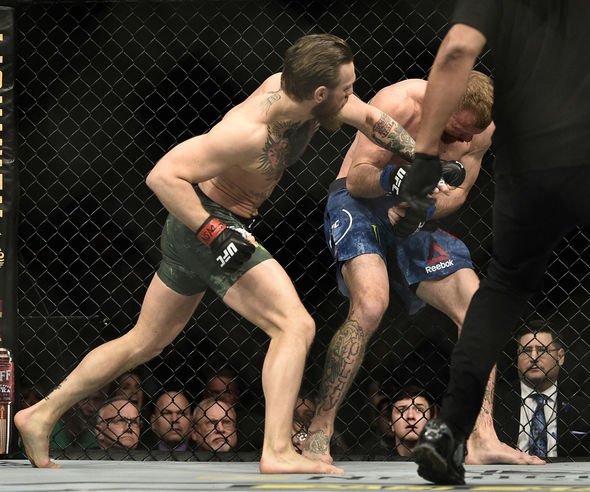 McGregor, 22-4, is open to locking horns with ‘The Highlight’ and made that willingness clear ahead of his comeback fight against Donald Cerrone last month.

“He’s on the list. He is on the list,” McGregor said of Gaethje in an interview with The Mac Life. “Maybe I will face him next.

“Maybe I’ll face him next, you know? He has it coming to him.

“I mean laugh at how Justin is behaving. He’s a funny guy. He’s been taking it very to heart, you know? And I know the feeling when you do that.

“So maybe I’ll get through Donald and I’ll have a quick turnaround against Justin.

“So maybe that’s what will happen. But Justin is on the list, no doubt.”

McGregor, the UFC’s first simultaneous two-weight world champion, is hoping to fight two more times this year, so much so he’s staying in shape in case either Khabib Nurmagomedov or Tony Ferguson are forced to withdraw from their lightweight title fight on April 18.

Gaethje, who was last in action last September, has one eye on fighting the winner of the eagerly-anticipated 155lb bout – which will headline UFC 249 in Brooklyn.