‘There are no problems’: Khamzat Chimaev’s manager dismisses reports that UFC fighter’s passport was seized in Russia

Khamzat Chimaev’s manager has dismissed reports that the UFC star had his Russian passport seized during a recent trip to his native country.

Brazilian outlet Combate caused a stir in the MMA world when they claimed that Chimaev had had his passport ‘confiscated’ in St Petersburg.

No reason was given as to why his documentation would have been taken but Russia is currently recruiting soldiers for the ongoing war in Ukraine. 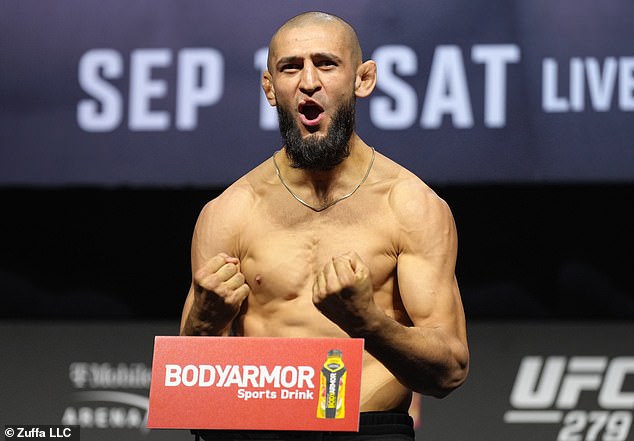 Chimaev, who lives in Sweden, would have essentially been trapped in Russia should the reports be true.

However, ESPN’s Brett Okamoto managed to contact his manager and confirm that they were not.

‘I just spoke to Khamzat Chimaev’s manager Majdi Shammas,’ he wrote. ‘He told me reports of Khamzat being stuck in Russia with a revoked passport are not true.

‘Khamzat is in Russia, but there are ‘no problems’ with any travel restrictions according to Shammas.’