Lawrence Okolie is the new WBO cruiserweight world champion after he stopped Krzysztof Glowacki in the sixth round of their showdown at the SSE Arena, Wembley. The Sauce demonstrated his devastating punch power to demolish the Polish veteran, who to his credit stood firm to survive a fourth-round ambush from the Brit.

Okolie, promoted by Eddie Hearn and managed by Anthony Joshua’s 258 management, said all week that he would close the show with a knockout to become a world champion.

That is exactly what he did as he set up a dynamite right hand that left Glowacki in a heap on the canvas.

The brave 34-year-old tried to beat the count and just about did but the referee made the sensible decision to wave off the contest.

Now Okolie is now looking to unify the division against Arsen Goulamirian, Ilunga Makabu or Mairis Briedis before moving up to heavyweight. 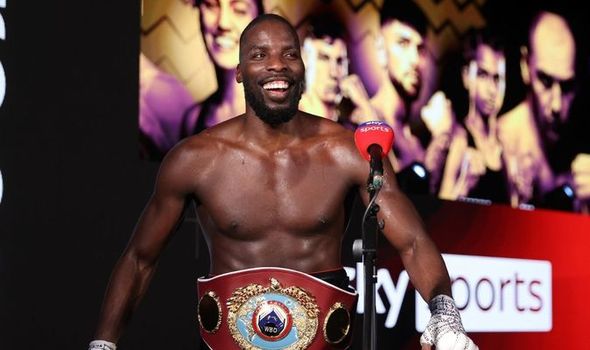 In his interview with Sky Sports, he namechecked the Latvian and made it clear he wants to fight the IBF world champion next, who he considers the most impressive fighter at 200lbs.

It wasn’t long ago that Okolie was flipping burgers in McDonald’s at Victoria Station. He was picked last in PE at high school. But tonight he goes to bed as a world champion.

Hearn lavished his fighter in praise, labelling the display as “one of the great performances to win a world title”.

“Glowacki is a two-time world champion, a top-five cruiserweight who is super experienced. Sometimes [Okolie] has had criticism but he’s here with 15 fights,” he said.

“He’s walked around the bubble with so much confidence but you just wonder when you step up to that world level, are you good enough? My goodness was his good enough, not just good enough but it was a masterclass.

“The jab, the footwork, the spinning off. That was a good enough performance to beat any cruiserweight. That’s what we want to do now, we want to go straight for all the titles and unify the division. Then move up to heavyweight.”

The Sauce took the centre of the ring from the opening exchanges and was finding the target with his stinging jab.

Glowacki was not phased by Okolie’s power though and was determined to rough up his opponent. He was warned for punching the back of the head and using his own in the opening two rounds. 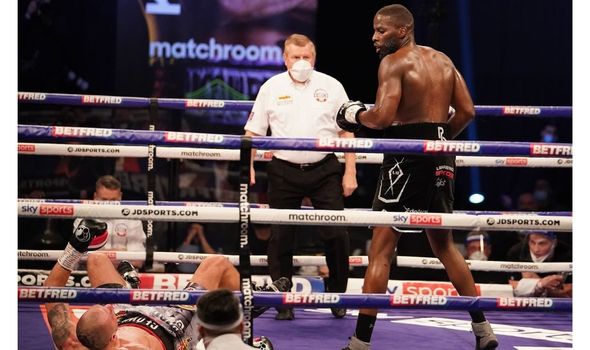 “Stay disciplined,” was the shout from trainer Shane McGuigan in the third, as Glowacki grew into the contest.

The east Londoner found the breakthrough in the fourth round as he tested the chin of the season veteran, who was buzzed by the flurry of punches that landed flush on his chin.

Glowacki’s right eye started to swell as Okolie drew blood and upped the tempo. It soon became a matter of when not if.

In the sixth, Okolie made history when a thunderous right hand saw Glowacki’s legs buckle as he stared at the ceiling from the deck.

He was somehow on his feet just before the count of 10 but the fight was waved off as Okolie delivered on his promise.