YouTuber Logan Paul has been warned about that he will face a “p***** off” Floyd Mayweather in their exhibition fight next month. Undefeated former middleweight world champion Mayweather will take on social media star Paul at the Hard Rock Stadium in Miami on June 6.

Like many of the other ‘YouTuber’ fights, this one has had a dramatic, controversial build up.

During a face-off last month, Paul’s brother Jake, who is also a professional boxer, took Mayweather’s hat off his head, leading to a heated scuffle.

‘Money’ did not take too kindly to the incident, and his training partner Denis Douglin admits that the whole debacle has made Mayweather train for this bout like any other fight.

JUST IN: Floyd Mayweather has ‘no strategy’ for Logan Paul fight, issues threat 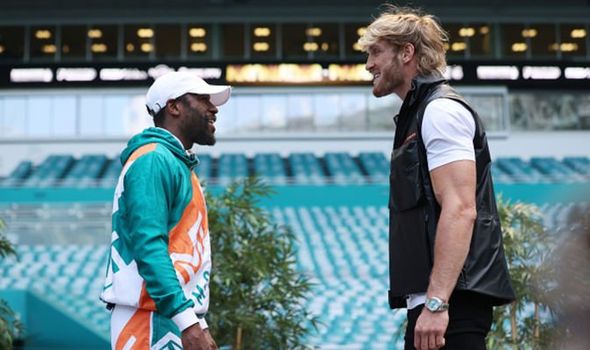 “It looks like it has lit a fire under him from what I saw at the gym. I was very impressed. I think that had to do with the Paul brothers p*****g him off.

“Floyd’s one of the greatest in the world – but I didn’t think that he was going to train intensely for this. But now they’ve p****d him off now, so he’s turning it up. What I saw today from Floyd was very impressive.

“I was blown away. I was kind of expecting him to do a cookie cutter workout, shadow box and spar someone really bad just to stay active. That’s what I was expecting. 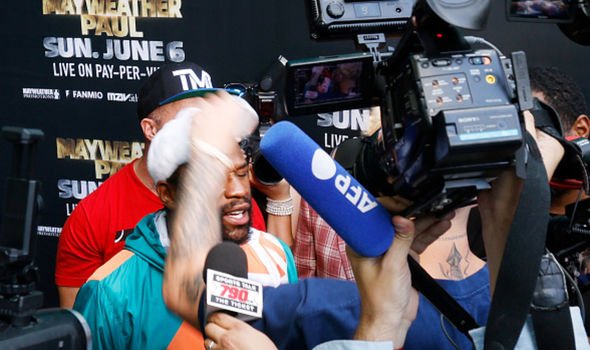 “But I came into the gym at around midnight and the energy and atmosphere in the gym felt like a real Mayweather fight. Floyd looked great, man – he didn’t miss a beat.

“Still cocky, still having fun, still crafty – it was a real sight to see. Watching him get rounds of sparring, hitting the bag, on the pads – he had great energy. I learned a lot just watching that.”

Douglin admits that the fire probably isn’t burning for Mayweather as much as it would for a world title fight, but he says his training partner wants to teach Paul a lesson.

“Floyd was to be the best in the world and he retired,” Douglin noted. “So while he’s not taking this fight with Logan Paul as seriously as a real fight against Errol Spence for example.

“He’s taking it as seriously as he needs to for what this fight is – which is for a kid who’s a little bit crazy and disrespectful, who does not understand the craft of boxing.

“Floyd’s going to teach him boxing’s an art. It does not matter if you’re bigger than me, or stronger than me because I have boxing skill. Floyd is one of the best technicians in the sport and I feel Floyd is taking that seriously.

“He has a need to show this kid boxing is about skills and not just a fight – it’s a science. 100 percent he’s going to make him pay.”

Tags: ctp_video, Floyd May, Logan Paul
You may also like
Latest Posts