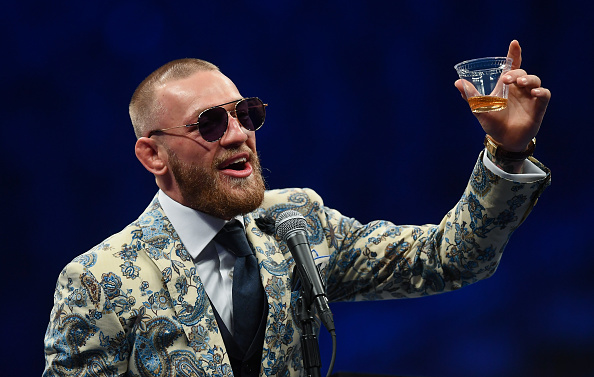 The man who Conor McGregor punched in a Dublin pub says he will never return there again after it was bought by the UFC star.

McGregor struck Desmond Keogh at the Marble Arch boozer in the Irish capital in April 2019, reputedly for turning down a shot of the former champion’s ‘Proper 12’ whiskey.

McGregor later pled guilty to assault but the story emerged again last week when The Currency reported the Dubliner had bought the establishment as part of his expanding business interests in the area.

McGregor responded to the tweet by saying ‘Ye and your man’s barred’.

But 50-year-old Keogh says he wouldn’t dream of spending any money in a McGregor pub.

‘I wouldn’t be going back anyway, probably especially now.

‘I wouldn’t want to be spending money in his pub to be honest.’

On McGregor’s tweet, he added: ‘I didn’t really make much of it. It’s no skin off my nose really.

‘The past is in the past. It’s all done and dusted two years ago this month.

‘He had to go to court and he pleaded guilty.’

McGregor is currently preparing for his trilogy fight with Dustin Poirier on July 10, with the 32-year-old recently speaking out to seemingly distance himself from talk of a boxing clash with YouTuber Jake Paul.

Tags: Conor Mcgregor, dublin, MMA, U
You may also like
Latest Posts