Manny Pacquiao has been told by Timothy Bradley he should fight Shawn Porter next, rather than entertain a clash with Mikey Garcia or Errol Spence Jr. Pacquiao has also been linked with a huge crossover fight against UFC star Conor McGregor.

Pacquiao has not been in the ring since last July, when he defeated Keith Thurman to win the WBA world welterweight title.

The Filipino has plenty of next fight options, with Garcia seemingly the frontrunner.

Promoter Eddie Hearn is keen on making Pacquiao vs Garcia in Saudi Arabia in July, but the current coronavirus pandemic has put future boxing events in doubt.

JUST IN: Coronavirus in boxing: Eddie Hearn explains impact on the sport 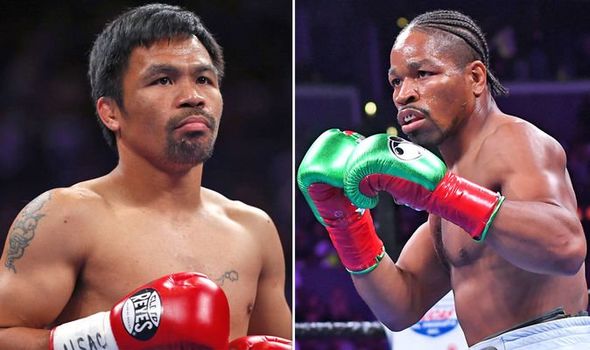 Pacquiao would also fight McGregor, who lost to Mayweather in his only other boxing bout back in 2017 via 10th-round TKO.

Bradley thinks that a fight between Pacquiao and McGregor could happen – with so much money to be made.

But the former welterweight champion wants to see the Philippine Senator to fight Porter next, because it would be an all-out war.

Anthony Joshua vs Tyson Fury NOT under threat following allegations

Anthony Joshua vs Kubrat Pulev to be postponed due to coronavirus?

“Conor McGregor is a huge name in MMA. Yeah it can happen.

“Because that’s a collision. That’s a fight. 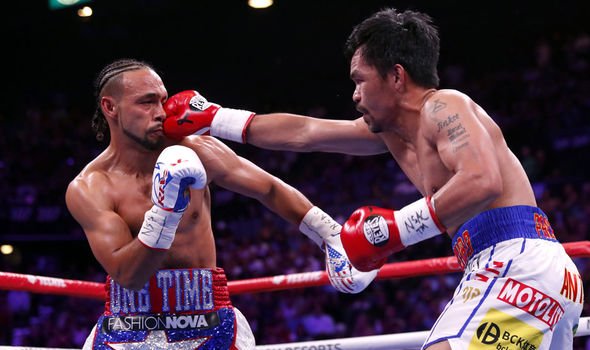 “You know Shawn Porter ain’t running. So he (Pacquiao) ain’t gonna look for him.

Spence Jr is also a potential opponent for Pacquiao, after he beat Porter last year to become the unified WBC and IBF titleholder.

Spence Jr also beat Garcia last year and defended his IBF belt in emphatic fashion, winning every single round against the Mexican.

Pacquiao is boxing’s only eight-weight world champion and has been slated to retire for years, but at the age of 41, he looks set to continue his illustrious career.

He said last week: “My assessment is Spence is the kind of boxer who can move, a slugger.

“If we’re going to fight, I need to focus on strategy, hand speed, footwork.

“So we need to practice and apply on that fight. My plan is to get back into the ring this coming July, second or third week in July.”

Tags: autoplay_video, manny pacquiao
You may also like
Latest Posts