Just weeks after being pictured in a wheelchair, boxing legend Mike Tyson has shared ferocious footage of himself in the ring – displaying impressive speed and power.

Tyson, who was been officially retired since 2005, posted the clip to Instagram on Wednesday morning of him hitting pads with his trainer Rafael Cordeiro.

The former heavyweight champion of the world looked to be fighting fit as he punched, ducked and weaved during the workout – captioning the clip: ‘Roll with the punches.’ 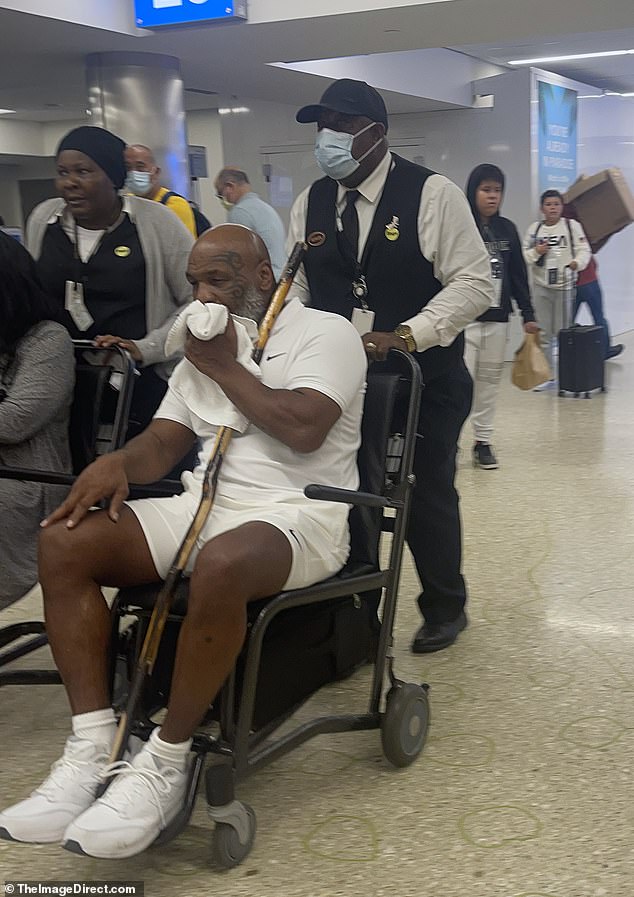 Mike Tyson pictured being wheeled through Miami Airport in a wheelchair in August. Tyson explained that he’s been suffering from a ‘sciatica flare-up’, a medical condition relating to the lower back, which is said to be an ‘old issue’

The 56-year-old has suffered with health issues in recent months and was pictured being wheeled through Miami Airport in a wheelchair in August.

Tyson explained that he’s been suffering from a ‘sciatica flare-up’, a medical condition relating to the lower back, which is said to be an ‘old issue’.

He has previously revealed back pain made him quit boxing – and a serious flare-up in 2020 left him in tears and bed-bound for two weeks.

More recently, Iron Mike has spoken morbidly about how he expects his death to come ‘really soon’ while speaking to a trauma and addiction therapist.

‘We are all gonna die one day, of course,’ Tyson said. 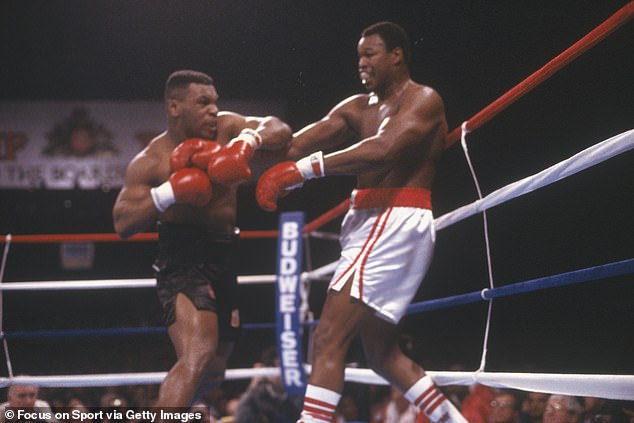 Tyson pictured fighting Larry Holmes in 1988. Nicknamed “Iron Mike” and “Kid Dynamite” in his early career, and later known as “The Baddest Man on the Planet”, Tyson is considered to be one of the greatest heavyweight boxers of all time

‘Then, when I look in the mirror, I see those little spots on my face, I say, “Wow. That means my expiration date is coming close, really soon”.’

Tyson made a stunning return to boxing in November 2020, more than 15 years after he announced his retirement from the sport.

Tyson had an eight-round exhibition with fellow American boxing legend Roy Jones Jr, 53, on a pay-per-view which sold a reported 1.6million packages.

It later emerged in late 2021 that Tyson was in negotiations for a big money fight with YouTuber Logan Paul. 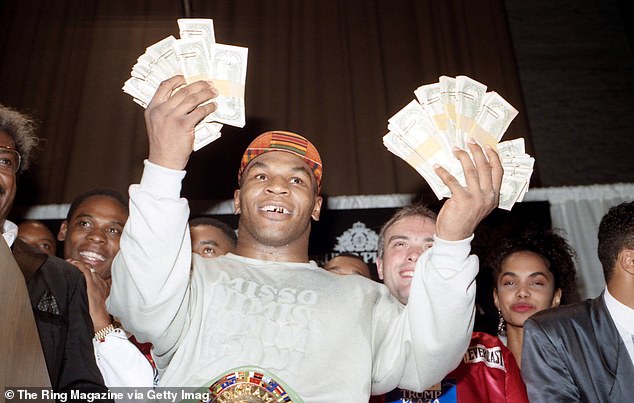 Tyson pictured celebrating his win against Carl Williams in 1989. Tyson made a stunning return to boxing in November 2020, more than 15 years after he announced his retirement from the sport

Tyson’s latest workout video has received more than 15,000 comments since it was shared with his 19.4 million followers – some of those messages are from rock stars, actors and fellow athletes.

‘Real talk, at his age still with that strength and speed, THE GOAT!’ insisted another.

Others seemed to be more concerned about the safety of Tyson’s trainer.

‘Hope that dude is getting paid well,’ commented one person 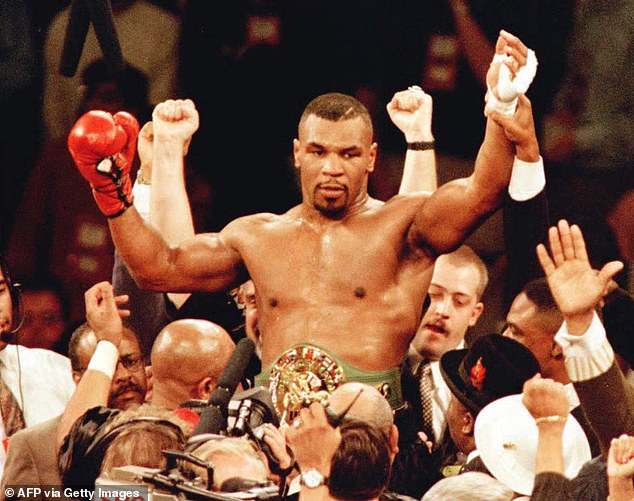 ‘Bro hell nah. Ain’t no way he getting paid enough for that weekly beat down,’ added another.

Cordeiro, who trained Tyson for his 2020 bout, claimed at the time that, despite his age, Tyson has the intensity, speed and power of a 21-year-old.

‘As soon as we started training I said ‘My Lord’. I didn’t know what to expect from a guy who hasn’t hit mitts for – I think – almost ten years.

‘And I can tell; you would have to be a good guy to spar with Mike, because if you don’t prepare, he is going to drop you for sure – 100%. The power is different level.’