Belal Muhammad produced a stunning showing to defeat Vicente Luque at UFC Vegas 51 in the main event in the early hours of Sunday morning.

The Chicago-born fighter has had to wait nearly five-and-a-half years to get revenge on Luque, but used fast footwork and well-timed takedowns to ensure he secured victory in last nights final. 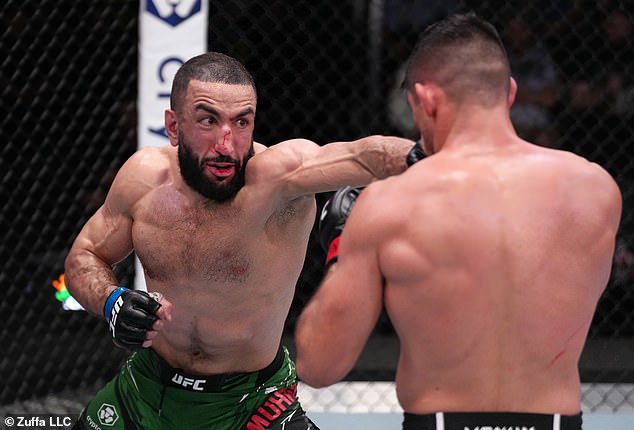 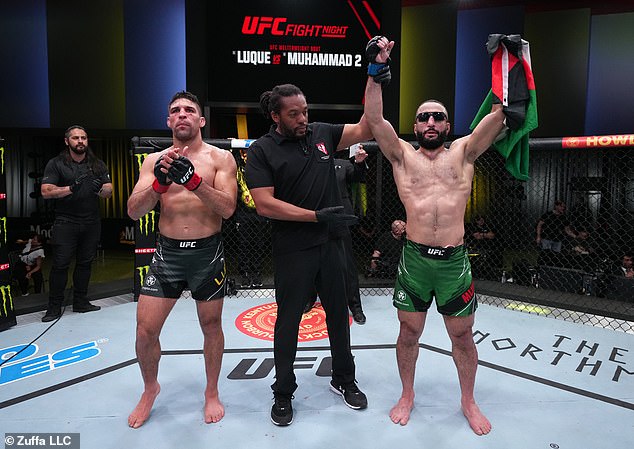 Muhammad, 33, won and got revenge over his opponent who defeated him in November 2016

‘This was my hump I had to get over,’ Muhammad said afterwards. ‘He knocked me out. Now what do you got to say? I won. I knew it was going to be one of my hardest challenges’, Muhammad said.

Muhammad never allowed his opponent to settle and constantly frustrated the veteran welterweight contender throughout the fight. 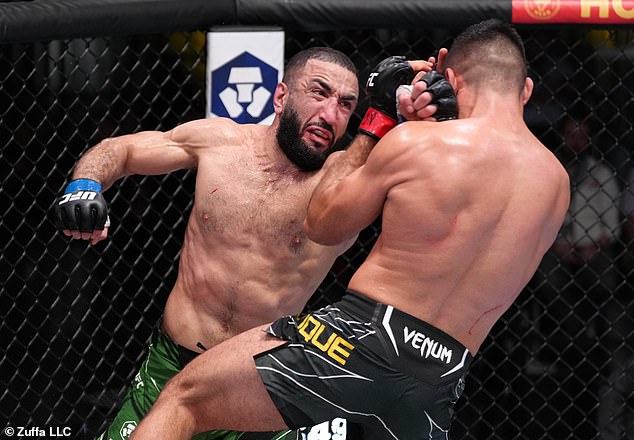 The 33-year-old was in fine form having previously fallen to Luque by knockout in just 79 seconds in their first encounter in November 2016.

Unanimous decision victory takes Muhammad’s unbeaten streak to eight in a row and he wasted no time calling his shot against another top-ranked welterweight he’s been trying to fight for several years now.

‘I’m going to stop calling for the champ cause nobody wants to give me that shot,’ Muhammad said. ‘So let me get the big mouth Karen. Colby Covington’s out here calling out [155 pounders]. Come fight a real ’70-pounder, you coward. 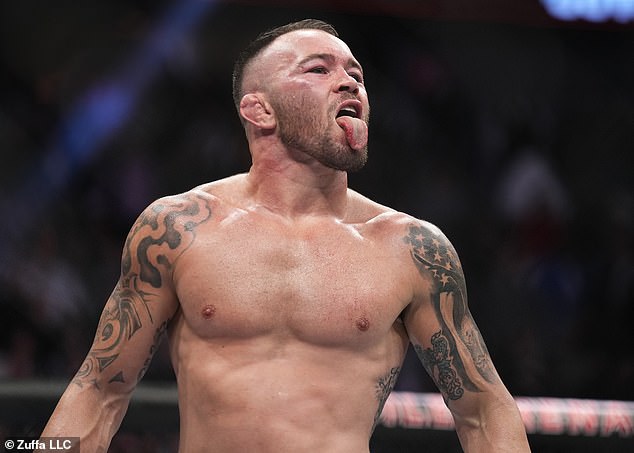 There is no guarantee Muhammad will get his wish, but any questions about his credibility in the hierarchy of the welterweight division were emphatically answered with his win over Luque.