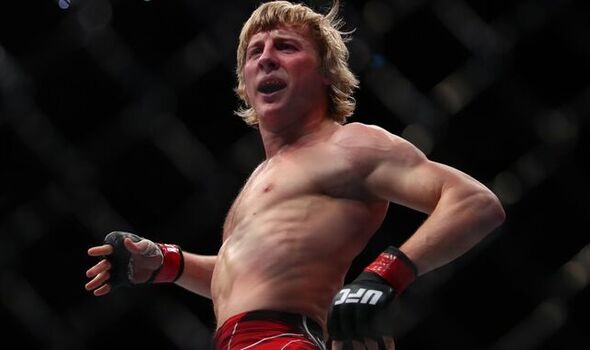 Paddy Pimblett’s claims that ‘Scousers don’t get knocked out’ has been proven to be true. The British MMA star famously made the claim after his dramatic debut UFC win earlier this year.

And now, it’s emerged that Pimblett was bang on. Data from LiveScoreBet has revealed that UFC fighters from Liverpool are the least likely to get knocked out in the Octagon in comparison to other British cities.

According to the stats, Liverpudlian mixed martial artists lose via KO/TKO in only 13% of their total fights which is 3% lower than the next closest city, Nottingham. Topping the list is Newcastle with 38%, closely followed by Swansea which has a 37% knockout loss rate. 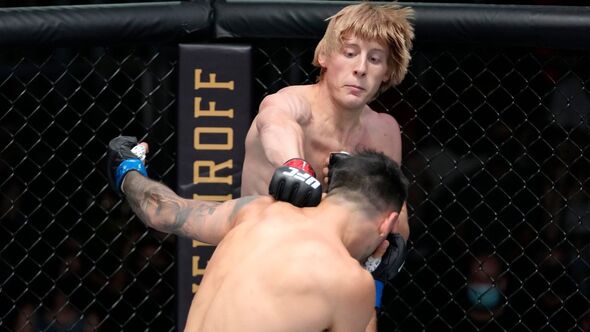 Pimblett has nearly been knocked out in both of his UFC fights. In his first contest against Luigi Vendramini, ‘The Baddy’ was cracked by a clean left hook that buckled the scouser’s knees. To his credit, Pimblett stayed on his feet and fought fire with fire as he went on to knock out the Brazilian.

Then, in his second outing against Rodrigo Vargas, he was in trouble again. In the opening portions of the contest, the Liverpudlian ate several punches and found himself on the canvas early. But in true Pimblett fashion, he quickly flipped the script and landed a beautiful hip toss before taking his opponent’s back and sinking in a deep rear-naked choke for the first-round submission victory.

After his UFC debut, Pimblett spoke to Hall of Famer Michael Bisping during his post-fight interview where he uttered his famous saying.

“What did I tell you Mike, me and you will be having this conversation after a first-round finish and what happened?” said Pimblett. 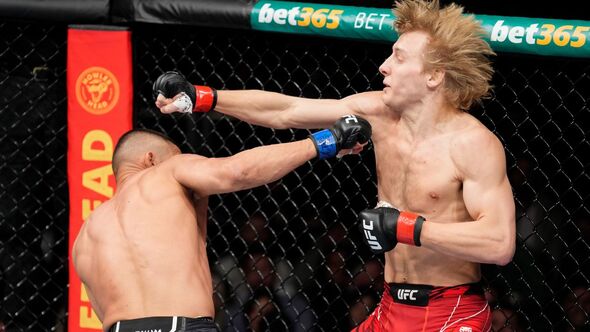 To which Bisping replied: “Well, I’ll tell you what happened. You almost got knocked out. You got caught with a beautiful left hook. But come on it’s not how you start, it’s how you finish, and you finished in style.”

Pimblett responded: “You know my saying lad. I’m a Scouser, we don’t get knocked out. I take that s*** all day.”

Pimblett’s next fight takes place this Saturday at the O2 Arena, London against American Jordan Leavitt. The 10-1 fighter has won three of his four UFC contests so far with wins against Matt Wiman, Matt Sayles and Trey Ogden. The sole blemish on his record came against “Prince of Peru” Claudio Puelles who defeated Clay Guida in his last outing.