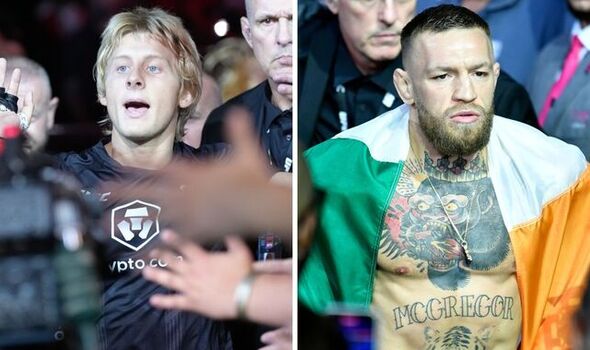 Are we entering the Paddy Pimblett era? With Conor McGregor seemingly nearing the end of his UFC career, Nate Diaz looking to force his way out of his promotional contract and Khabib Nurmagomedov recently retiring, the MMA world is in search of its next big star.

Step forward Paddy ‘The Baddy’, Liverpool’s likeable lightweight ace who has set the combat sports world alight since joining MMA’s premier promotion in late 2021. Many have tipped the 27-year-old for superstardom and it’s clear he has all the ingredients to do so providing he keeps on winning.

But can he replace MMA’s biggest star of all time? Pimblett certainly thinks so. Talking about the possibility of succeeding McGregor, Pimblett told DAZN: “Absolutely yes. There was Brock Lesnar. There was Ronda Rousey. There was Conor McGregor. Now, there’s Paddy ‘The Baddy’. That simple.

“Other fighters on the roster just aren’t authentic. Like they haven’t got any personality. I’m just me. What you see is what you get. A lot of other people haven’t got any personality. I’m very relatable. A lot of people can relate to me. I don’t look like a fighter. I haven’t got a single tattoo. I don’t look like a fighter. I shock a lot of people when I get in there and beat people up. When I’m in the offseason, I’m just a normal fella. I like going out and eating food and drinking fizzy drinks. I don’t want a six pack all year round.”

Discussing this very question, here, Express Sport gives you three reasons why the Scouser could replace McGregor as the UFC’s next megastar. 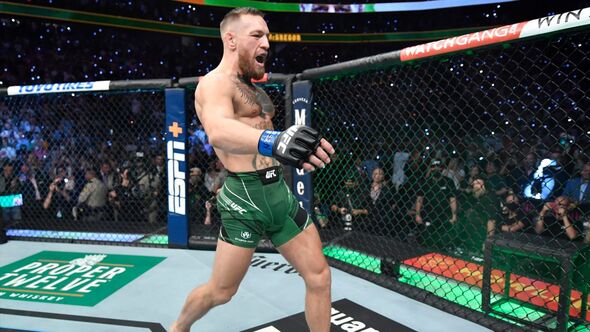 One of the key reasons McGregor shot to fame so quickly was because of his quick-witted trash talk — something Pimblett has in abundance. Ahead of his most recent fight with Jordan Leavitt, the Liverpudlian entertained with a number of verbal jibes. At the pre-fight press conference, Pimblett had the assembled media in stitches after he claimed that even his dead nan would finish Leavitt in one hilarious rant.

He said: “Who’s he talking about? He’s a no one, he’s a nobody, and he’s talking about me like I’ve fought nobody and I’m a no one. His head’s gonna fall off when he walks out. He’s only ever fought at the APEX. He’s only ever fought crabs. There’s a big difference between fighting me and fighting Matt Wyman, fighting that fat featherweight [Matt Sayles], and then [Trey] Ogden. As I said, my nan’s dead and she’d finish him.”

Another reason that McGregor became so popular was because of his all-action fight style. The Irishman is rarely in a dull fight and has the knockout power to switch off his opponent’s lights in an instant.

While Pimblett may not be on the same level in terms of punching power, he certainly rivals McGregor for entertainment value inside the Octagon. Pimblett has made a habit of coming back from early adversity to flip the script and always chases the stoppage victory.

In his UFC debut, Pimblett was nearly knocked out by a left hook from Luigi Vendramini but the Scouser weathered the storm and came back to fight fire with fire as he stopped the Brazilian moments later.

Pimblett ridiculed for being ‘terrible’ despite win over Leavitt

Paddy Pimblett describes his performance as ‘s***’ despite superb win 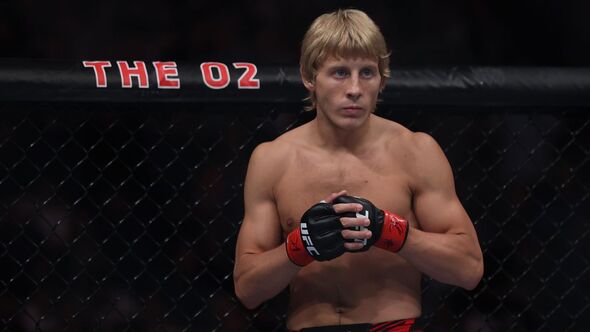 Everyone loves a rags to riches tale and although Pimblett may not be earning top dollar right now, his next contract is certain to be a lucrative one. McGregor’s rise from living on welfare to being a multi-millionaire has been well-documented and helped people relate with the Irishman during his come-up.

Stories like these give people hope and bring fans on side. Pimblett is your typical working-class lad from Liverpool and is unapologetic of that. Growing up, he was kicked out of school and was always in trouble but his love for MMA kept him on the right path.

On Saturday night, Pimblett showed a very different side to himself as he dedicated his fight to his late friend who had tragically taken his own life hours before Pimblett’s Friday weigh-in. Taking to the mic, Pimblett shared a very important message about mental health in a powerful reflection.

“I woke up on Friday morning at 4 am to a message that one of my friends back home had killed himself, this was five hours before my weigh-in. So, Ricky lad that’s for you. There’s a stigma in this world that men can’t talk,” said Pimblett.

“Listen, if you’re a man and you have weight on your shoulders and you think the only way you can solve it is by killing yourself, please speak to someone. Anyone. People would rather, I know I’d rather my mate cry on my shoulder than go to his funeral next week. So please let’s get rid of this stigma and men start talking.”