Referee Kenny Bayless says he was close to stopping Deontay Wilder’s fight against Tyson Fury due to the battering the American was receiving.

Wilder was knocked down in the third and fifth rounds and was being dominated by his British opponent on Saturday night.

The towel was thrown in from Wilder’s corner to concede the fight in the seventh round and Bayless has now revealed he was close to stopping it himself before it reached that point. 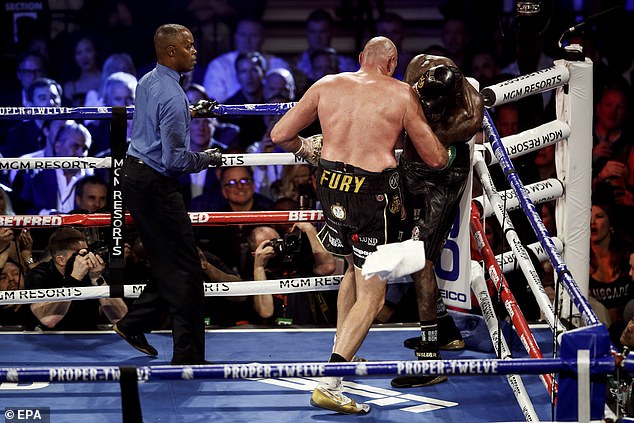 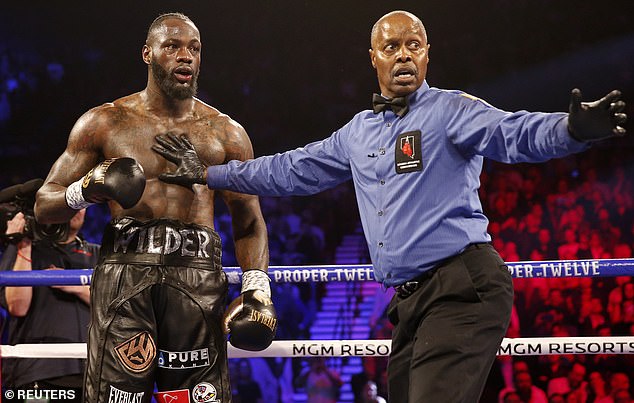 ‘It was a good stoppage in my opinion because in the minute’s rest between rounds before the stoppage I went over to Deontay,’ Bayless told SiriusXM Fight Nation.

‘I looked him in the face and I gave him the line that us referees give the fighters to let them know, ‘Hey, you’ve gotta show me something.”

‘They know that if you go back out there and you don’t show me something, then I might have to do my job and stop it.

‘Deontay is a warrior, when I saw the towel come in out of the corner of my eyes and stopped it, Deontay’s first response was, “Why did I stop it?” 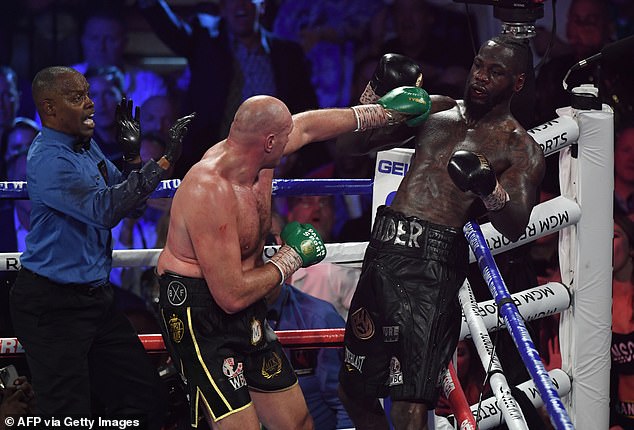 Bayless stops the fight as he spots the towel, while Fury has Wilder cornered in round seven

‘Then I let him know it was his corner that stopped it, but I was very close to stopping it.’

Towards the middle of the fight, Wilder was bleeding heavily from his left ear though a ringside doctor did check and give him the all-clear to continue.

It was later confirmed that his eardrum wasn’t actually bleeding, but his earlobe due to rings he wears in his ear.

“I thought that the blood was coming from the inside of the ear,’ Bayless added. 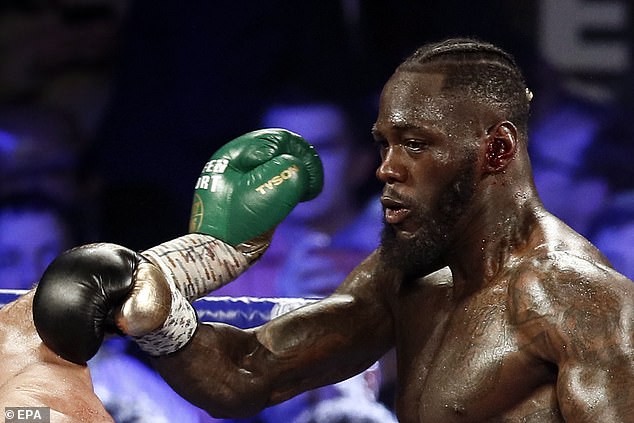 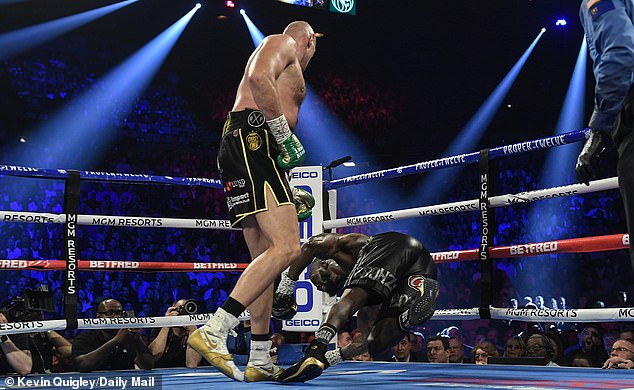 Fury knocked Wilder down twice in the fight, and won eventually via technical knock-out

“At the end of the round when I went over to check, the doctor was already in the ring while I was picking up the scorecard.

“The doctor looked at me and said, “He’s all right.” So at that point I left it alone.’

Wilder does have a rematch option which would result in a trilogy fight, but many are calling for Fury to fight Anthony Joshua in a blockbuster all-English heavyweight unification bout.

Tags: CLOSE, he, Referee, reveals, T, was
You may also like
Latest Posts