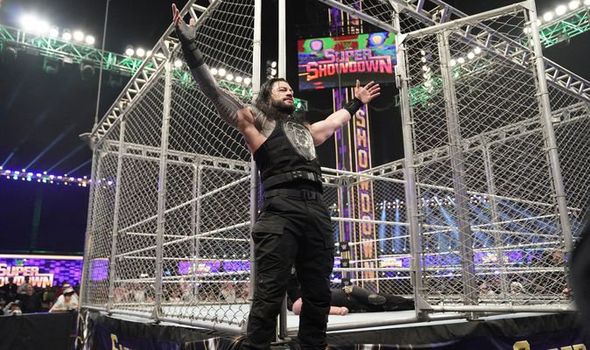 WWE fans have urged WWE to end Roman Reigns’ feud with King Corbin after the two heavyweights’ Steel Cage Match at Super ShowDown. Reigns beat Corbin at the Mohammed Abdu Arena in Riyadh thanks to a devastating Superman Punch.

Great now MOVE THE F**K ON

The two SmackDown superstars have been at each others’ throats for over two months and have faced each a number of times in various different shows.

The fans have had enough of their angle and have pleaded with WWE to finally put an end to it so that both wrestlers can move on.

Another posted: “Now put this boring feud FINALLY to REST.” 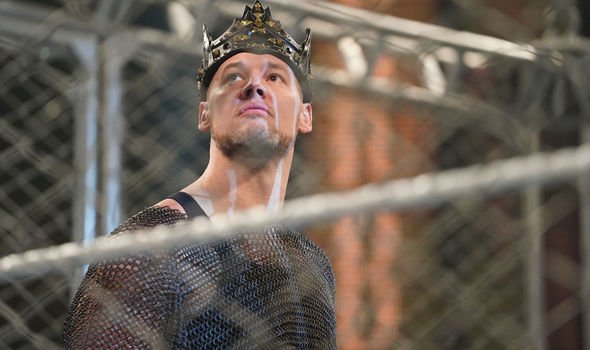 This user wrote: “This better be the last time these two fight, I swear!”

Another tweeted: “Bye Reigns vs. Corbin feud. We WON’T miss you at all!”

A sixth WWE faithful posted: “Please let this be over forever.”

And finally this fan tweeted: “Give it a rest. Let someone else shine.”

And it seems like the WWE Universe will get their wish as Reigns has been linked with a Universal Championship encounter against Goldberg.

According to the publisher and editor of the Wrestling Observer Newsletter Dave Meltzer, The Big Dog will become the No1 contender at Elimination Chamber.

The four-time world champion is likely to compete in an Elimination Chamber Match with five other SmackDown superstars on March 8 at the Wells Fargo Center in Philadelphia, Pennsylvania.

The winner of that bout will earn a Universal Championship shot at WrestleMania.

Goldberg defeated Bray Wyatt for the title at Super ShowDown and a rematch appears to be unlikely ahead of the Show of Shows.

Meltzer claims that Wyatt will go on to face WWE legend and 16-time world champion John Cena in what will mark their second fight at the Grandest Stage of Them All.

The wrestling expert said: “The top two SmackDown matches are gonna be Bill Goldberg against Roman Reigns, so Bill Goldberg is on WrestleMania now, and John Cena against Bray Wyatt.”

Cena is set to return to SmackDown on Friday at the TD GARDEN in Boston, Massachusetts where he may share his WrestleMania plans.