Chris Eubank Jr aimed a dig at his old rival Billy Joe Saunders in the minutes after his defeat to Saul ‘Canelo’ Alvarez.

Canelo has now beaten seven British opponents – Eubank Jr has insisted that he could succeed where Saunders fell short in his eighth-round stoppage loss on Saturday night.

“Canelo, if you want a Brit to give you a real fight, I’m ready and waiting,” Eubank Jr posted on social media while mocking Saunders’ downfall.

Canelo if you want a Brit to give you a real fight… I’m ready & waiting ??? 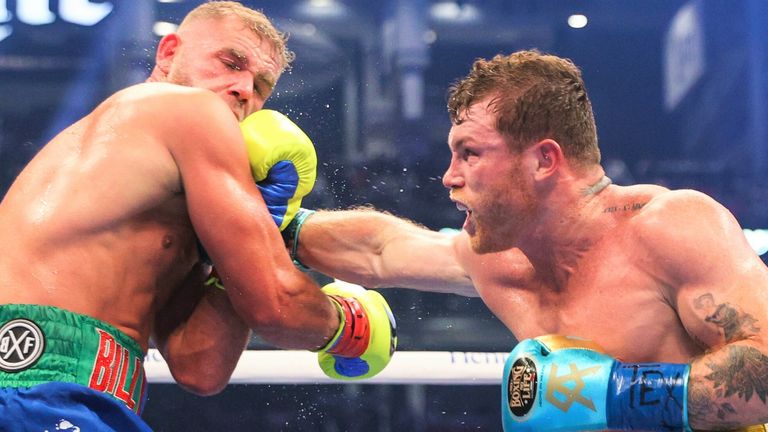 Eubank Jr lost his unbeaten record via split decision to Saunders in 2014 and their bitter feud is far from over.

Eubank Jr had previously shown off a £10,000 bet that Saunders would lose to Canelo via stoppage.

The world super-middleweight unification title fight was called off after eight rounds when Saunders, due to a damaged eye, was unable to come out for the ninth.

It was the first loss of Saunders’ 31-fight career.

The bet has been placed! Billy Schmoe Saunders to get cleaned out by Canelo Alvarez this Saturday. Oh… & the 10k I stand to win will all go to charity ?? pic.twitter.com/QjEYKbB6Mz

Eubank Jr’s promoter Kalle Sauerland previously said about a fight with Saunders: “There’s a big history there between the pair of them. It’s a stadium filler. It’s a massive fight, win or lose for Billy Joe at the weekend.

“That’s a huge fight out there and I’m sure it’s one that will happen. It’s a question of course when?

“Of course Canelo as well. If you look to Canelo and Triple G [Gennadiy Golovkin], we’d probably want to go down the Triple G route first, because we do see ourselves at 160[lbs] middleweight at the moment.

When someone says Saunders has a chance against Canelo…….. ? pic.twitter.com/yxJKREBnnu 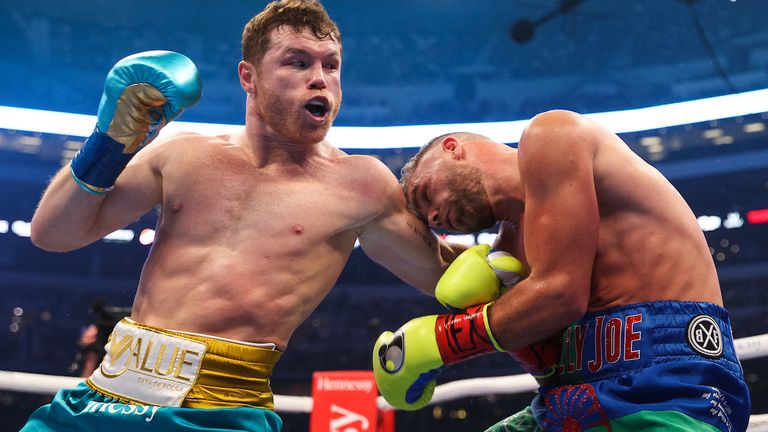 “For us, it’s not only interesting watching what happens, but to see if opportunities arise out of that.”

Tags: 'Canelo', Alvare, Saul
You may also like
Latest Posts