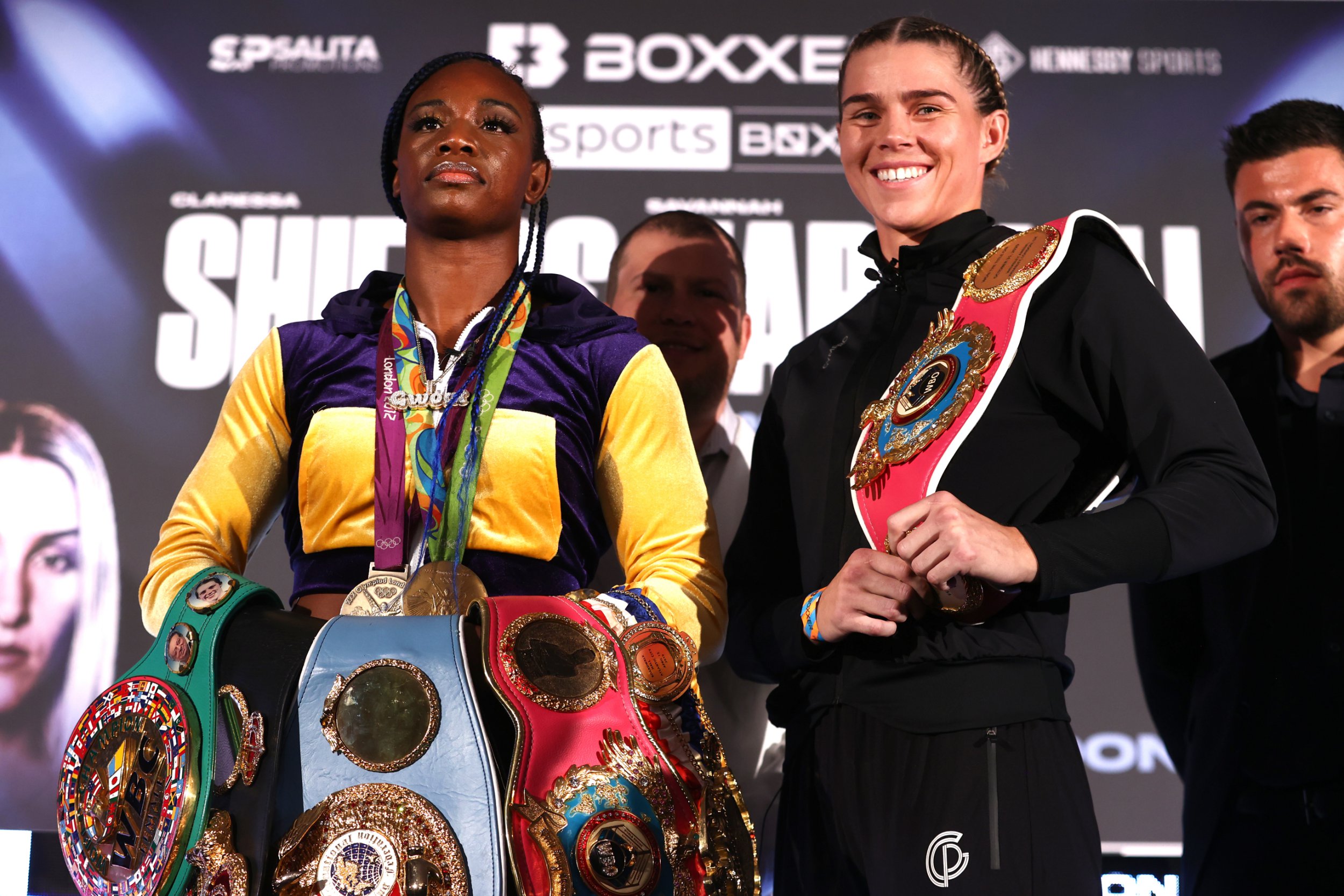 Marshall and Shields were due to fight in London on Saturday evening but the show, which was an all-female card, has been cancelled following The Queen’s death on Thursday.

The fight will now take place on October 15.

‘We join a nation in mourning and pay tribute to Her Majesty Queen Elizabeth II, honouring her dedication to our country during her long reign and the legacy she leaves behind.’

Promoter Ben Shalom said in his statement: ‘This is an unprecedented moment in our history and our sincere thoughts are primarily with the Royal Family and the nation at this time. Out of respect, the British Boxing Board of Control has decided to postpone Saturday’s show.

‘A provisional date for Saturday, October 15 at The O2 is being worked on by all parties to stage this unique and iconic night of celebration for women’s sport at a more appropriate time.’

She died at the age of 96 at her home in Balmoral, with her son, the now King Charles, and daughter Princess Anne by her side.