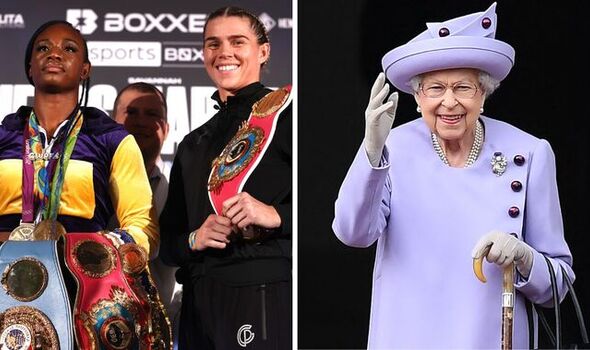 Saturday’s blockbuster all-women’s boxing card headlined by Claressa Shields and Savannah Marshall is at risk of being cancelled after the passing of Queen Elizabeth II on Thursday. The British Boxing Board of Control has recently announced that all fights sanctioned under their auspices tonight have been cancelled – with another statement expected soon about Saturday’s fights.

“As a mark of respect following the passing of Her Majesty The Queen Elizabeth II, the BBofC has confirmed that all tournaments on 9th September 2022 have been postponed,” read the BBofC press release.

“With regard to further tournaments this weekend a decision will be made following review of the official mourning guidance in addition to consultation with the relevant parties and other sports. Further decisions will be advised in due course.”

Promotional outfit BOXXER has since confirmed that Shields and Marshall’s weigh-in – which is set to take place at 1pm today – will now be held behind closed doors as a sign of respect.

The BOXXER statement: “News of the passing of Her Majesty Queen Elizabeth II was received with great sadness by the athletes and staff of BOXXER today. Out of the deepest respect, Friday’s scheduled official weigh-ins for BOXXER – LEGACY: Shields vs Marshall, will now take place behind closed doors and will not be open to the media or to members of the public.

“An announcement regarding the status of Saturday’s event, at The O2 in London, will be made following consultation with relevant government and sports sector bodies and will be made at the earliest possible opportunity.

“This announcement will be made via Boxxer.com and the official BOXXER social media channels. The deepest sympathies of every BOXXER athlete and staff member are with the Royal Family and everyone affected by the passing of Her Majesty Queen Elizabeth II.”

Joshua has three backup options if Fury fight falls through 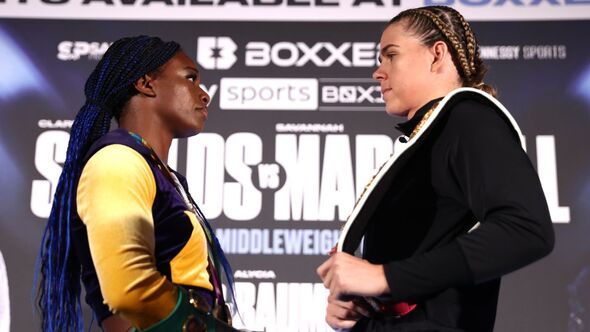 Shields and Marshall’s long-awaited grudge is still on at the time of writing and is set to take place at the O2 Arena, London.

Shields (12-0) is the current WBA (super), WBC, IBF, and Ring Magazine middleweight champion of the world and recently made her third defence of her titles in February, when she defeated Ema Kozin via unanimous decision. She is currently No2 on the Ring Magazine women’s pound-for-pound rankings behind Katie Taylor.

Marshall (12-0) holds the final piece of the undisputed crown – the WBO strap – and is widely considered to be one of the hardest punching female fighters of all time. In her last outing, she scored a brutal third-round knockout over Femke Hermans in April at the Vertu Motors Arena, Newcastle. Even bigger than that, she handed Shields her only defeat as an amateur in a world championship competition in 2012. Shields went on to win a gold medal at the London Olympics that year.