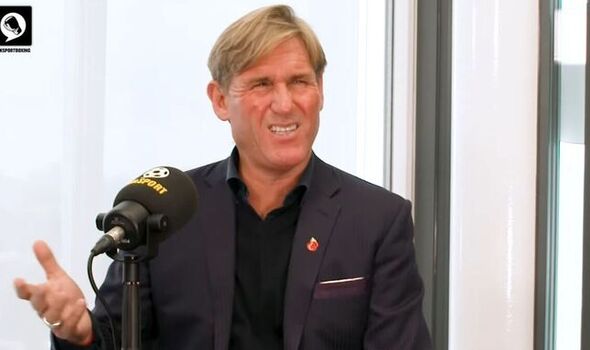 Simon Jordan has responded to Eddie Hearn’s offer to fight him in a charity boxing match after the pair locked horns over Conor Benn’s failed drugs test. The talkSPORT pundit has rejected the offer and is furious at Hearn for using it as a way of deflecting his comments on the situation.

Jordan has been extremely outspoken about how the Matchroom Boxing chief has handled the Benn vs Chris Eubank Jr debacle and invited him onto the radio station to debate the issue. In response, Hearn called out Jordan to a boxing bout to settle the score.

Speaking to iFL TV, he said: “I think we should fight. I think he can’t fight at all, I can’t fight, I think that would be amazing. We would do it for charity and then we would have a debate afterward. I have a broken finger, but I will still fight.”

Now, Jordan has fired back with a furious rant, live on talkSPORT: “I’m seeing Eddie Hearn and his little gang of refugees from the Wizard of Oz that works for him, that are making facetious comments about me, or about my propensity to ask questions, or my lack of knowledge, or what businesses I may own, or what colour my hair may be, and who may have met me twenty years ago.

“None of it being relevant, all of it being a distraction leading up to some ridiculous scenario of where I’m apparently going to have a charity fight with Eddie Hearn and spit bucket Frank Smith is gonna come along and have a go as well.

“It’s nonsense. It’s crap. It’s deflection. It’s trying to demean and deride and deflect away from the central [issue]. I’m not 12 years of age. I’m not going to have a fight with Eddie Hearn. I’m not trying to be controversial. I’m not trying to be divisive. I am trying to understand why it is that no one seems to have the balls to say right, let’s go through this set of questions.

“Why are people blaming the British Boxing Board of Control? Why are people – by people I mean the promoters – why are people suggesting that appropriate for the fighters which banned substance they’ll allow the other fighter to fight with?”