When Jarrell Miller was pulled from his heavyweight showdown with Anthony Joshua in June 2019 following multiple failed drug tests, Eddie Hearn was facing a race against time to find an opponent for his most-prized asset’s American debut. There was still around seven weeks until fight night, as Hearn urged potential challengers to get in touch: “AJ’s June 1 opponent will be announced next week – if you don’t think you can beat him clean then delete my number!”

His inbox was soon filling up as Adam Kownacki, Manuel Charr, Michael Hunter, Kubrat Pulev and Dillian Whyte all threw their hats into the ring.

Matchroom chief Hearn did not have long to negotiate and a number of heavyweights and their teams ended up ruling themselves out of the running as they went in search of a mega payday.

Soon there became a frontrunner in the form of Cuban brute Luis Ortiz, a respected former world title challenger who pushed Deontay Wilder all the way during their meeting at the Barclays Center, Brooklyn in March 2018, before being stopped by the Bronze Bomber in brutal fashion.

His manager Jay Jimenez reached out to Hearn but was unsure whether his fighter would be ready in time for the quick turnaround. 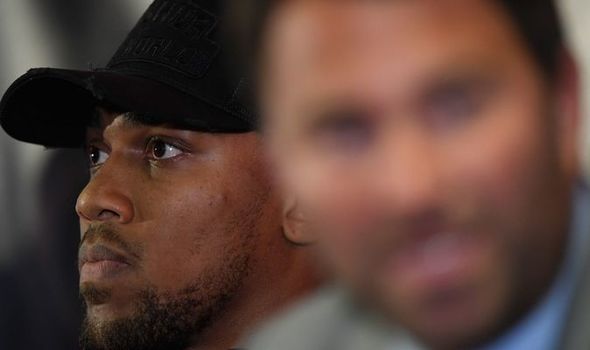 A day later following consultation with his fighter, Jimenez then phoned Hearn back and invited him to make an offer, to which he complied by tabling a purse of £4.3m ($6m).

“No reply, this was on Friday,” Hearn told iFL TV at the time. “Monday I said, ‘I’ll call you.’ Later on that day I came back and said, ‘Right, this is it, $7 million for June 1. [If he wins, he gets] a rematch for quite a bit more and if he loses, I’ll give you another fight for a lot of money for security.’ Nothing back.”

What was presented was later described as a “low-ball offer” by Jimenez in the media, who expected Hearn to dig his hand deeper into his pocket.

Instead, rightfully frustrated with the manner of Jimenez’s conduct, he walked away from the table, causing tension in Ortiz camp’s after they squandered a rare second world-title shot. 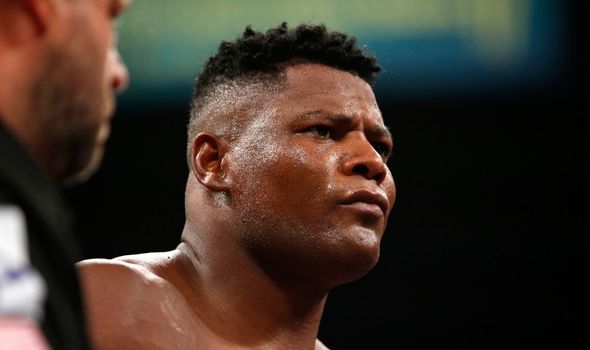 “An opportunity like this to make whatever Eddie is offering – $7-8 million – you grab it,” Caicedo said.

“I think it was a rookie mistake on their part to not accept the fight. Luis is still p***** off. He found out when everyone else found out.

“But having said that, Eddie offering it and then putting it in writing are two different things. I personally believe that we would’ve seen an upside-down contract just to stall and renegotiate.

“Most fighters won’t take a fight until they have a signed contract. There’s a lot of things you can do with a contract to not make a fight happen.”

Instead, Hearn reached out to Andy Ruiz Jr’s team after the Mexican called out AJ following his win over Alexander Dimitrenko.

The fight was signed and six weeks later, Ruiz executed one of the biggest upsets in heavyweight history after stopping Joshua in the seventh before the Brit won back his belts in the Saudi desert in December 2019. 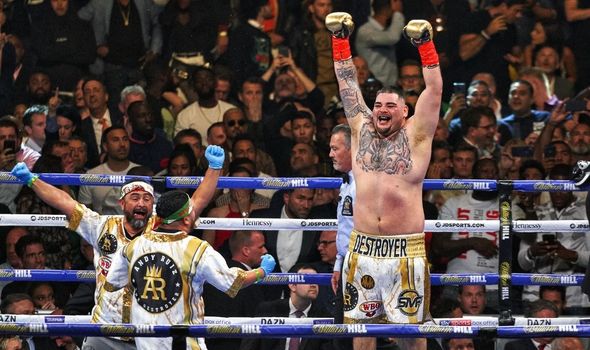 Now Ruiz and Ortiz look set to clash further down the line after the former’s fight with Chris Arreola, as the Destroyer looks to pose a serious threat in the division once again after teaming up with Eddie Reynoso.

Jimenez recently shed light on his ordeal with Hearn and defended his actions during negotiations, nearly two years ago.

“It’s not a regret, it was a misunderstanding. Back and forth with me in the middle, then we had the promoters, we had the other side pulling for the (Deontay) Wilder fight,” he told Sky Sports.

“Luis obviously is a fighter. All fighters, they’re not scared to fight anyone. He was upset, he wanted the AJ fight, we just couldn’t come to an agreement.”

Controversially, Ortiz still feels as though he is the heavyweight division’s ‘Boogeyman’ but besides Wilder, his resume remains a myth. It would suggest the life-changing offer he received from Hearn, was not “low-ball” after all…

Tags: autoplay_video, B, boxing, Sports
You may also like
Latest Posts