Scottish welterweight boxer Lee McAllister has called out Thor Bjornsson despite a colossal 13-stone weight difference between the pair. In his last fight – a points win over Olaide Fijabi – McAllister stepped on the scales at 147lb while ‘The Mountain’ weighs in excess of 300lb and is a foot taller than ‘The Aberdeen Assassin’.

But this hasn’t dissuaded McAllister who believes he would punch Bjornsson’s ‘face in’ if they ever fought. The Icelandic giant has recently been rumoured to face Fury in an exhibition bout later this year.

Bjornsson sparked excitement when he revealed there had been talks between the pair but Fury’s promoter, Frank Warren, recently told Express Sport that no fights will be made until ‘The Gypsy King’ completes his nationwide retirement tour in the coming weeks.

McAllister has taken exception to Bjornsson wanting to fight Fury and told the 2018 World’s Strongest Man winner that he would batter him to a pulp himself.  Posting to social media, he wrote: “This guy has lost the plot. Challenging Tyson Fury is delusional. If he wants to be battered to a pulp by a five-foot-nine midget I’m game to get it on. Let’s go champ. Fight time!” 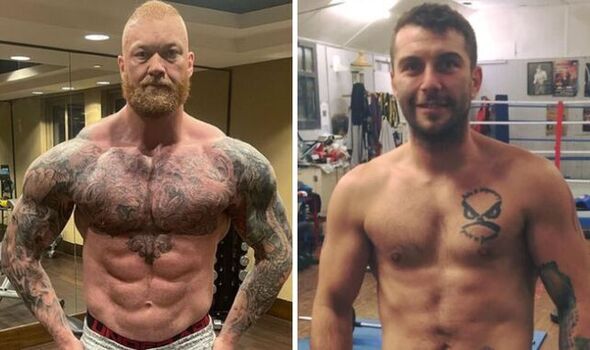 Now, McAllister has expanded on those comments in a recent interview with iFL TV.

“I’m not being funny and I’m not being disrespectful, anyone that gets in a boxing ring deserves the respect they’re gonna get. But some guy just because he’s a weight lifter and strongest man puffed up on steroids or whatever else calling out ‘The Gypsy King ’ Tyson Fury – who actually boxed on my undercard. He’s a lovely guy.

“His family is lovely. Obviously, you’ve got a lot of the bravado for social media and building up fights and all this but lovely guy and for someone like that, an absolute idiot, going in and thinking he can actually last a round, two rounds with Tyson Fury is just crazy. 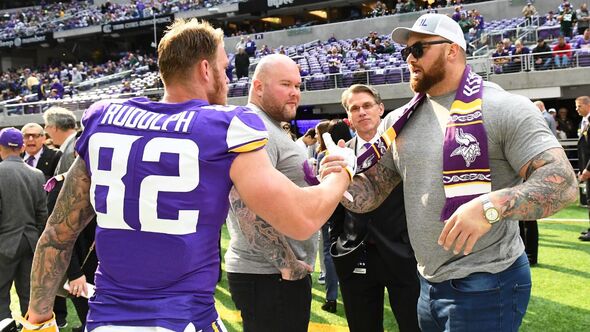 He continued: “I’m a fat old man now, I’m 40 this year blah blah blah and I know for a fact I’d punch his face in.

McAllister is currently 46-3 as a professional boxer and is a former two-weight Commonwealth champion at lightweight and super-lightweight. On July 22, 2018, he moved up 7 weight classes and gave away four stone to challenge Danny Williams – who previously defeated Mike Tyson in 2004. McAllister overcame the odds and dominated Williams before knocking him out in round 10.