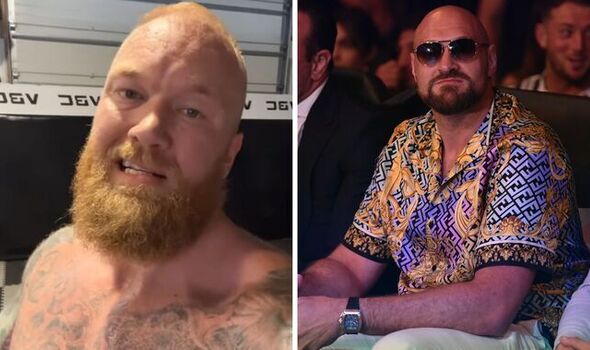 Strongman Thor Bjornsson has issued his latest challenge to Tyson Fury and claims ‘The Gypsy King’ is “afraid”. The pair had seemingly agreed to an exhibition bout after an entertaining back and forth on social media.

Talk of the fight began to arise after Fury took to Instagram last week, to taunt Bjornsson, writing: “I wonder if Thor Bjornsson could take a crashing right hand to that big jaw? Who would have Thor’s hammer? Would this mountain be too big to climb?”

Bjornsson then replied on Instagram, stating: “Tyson, there’s only one way to find out. Let’s make this fight. I’m 100 per cent up for war. Let’s do this.”

Before Fury accepted the challenge: “I just finished a brutal session. And I can only think about destroying one person; Thor, I’m coming for you, you’re getting it sucker, there’s only room for one big dog and that’s me!” 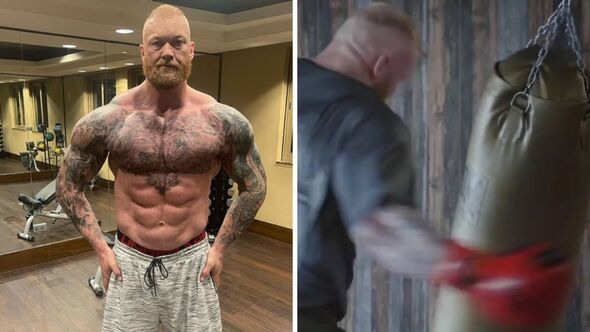 Bjornsson went on to promise a “bloodbath” while Fury claimed he would come to Iceland to “set about” his foe. Since then, however, talk of the fight has considerably died down. That was until ‘The Mountain’ took to social media on Sunday to reignite their playful feud.

“I just finished my second session of the day, had a good session with my coach Billy Nelson,” he told fans in an Instagram story from the gym. “But hey, I have a question for one guy. Tyson Fury, where the f*** are you? I thought you said you’d come to Iceland. Are you afraid? Show yourself.”

Bjornsson is back in full-time training with his coach Billy Nelson as a potential fight with Fury looms. The Scottish trainer previously coached former multi-weight world champion Ricky Burns and is currently working with fast-rising heavyweight contender Martin Bakole.

Chisora has three next fight options after points win over Pulev 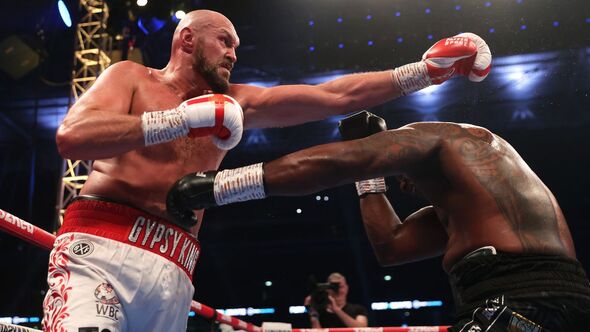 The 2018 World’s Strongest Man winner made the transition to boxing in early 2021 after dropping a jaw-dropping 132lbs in order to transform his body for the venture. So far, Bjornsson has had four fights starting with two non-scoring bouts against professional boxers Steven Ward and Simon Vallily which both went the distance.

The Icelandic powerhouse then went on to knock out Canadian arm wrestler Devon Larratt in a short-notice fight after a scheduled bout with fellow strongman Eddie Hall was cancelled due to Hall sustaining a torn bicep in camp. The Hall fight was rescheduled for six months later with Bjornsson coming away the victor via unanimous decision over six rounds of titanweight boxing.