Manchester-born fighter Tommy Fury was jeered as he toiled against Rolly Lambert in a controversial bout on Sunday.

Fury, 23, had been pencilled in to fight Paul Bamba on the Floyd Mayweather-Deji undercard but after weighing in almost seven pounds heavier than his opponent, the fight was called off.

Bamba had said that he would step into the ring with Fury, who had stepped onto the scales at 181.4lbs, were they to agree the right financial incentives. 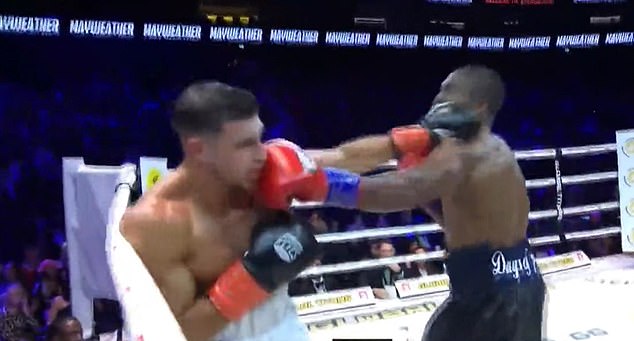 ‘There might not be a fight tomorrow night if they can’t come to an agreement with me,’ he said.

‘I’m going through the motions and I’m being respectful right now, but at the end of the day a contract is a contract.’

Such an agreement failed to be reached so Fury was forced to find an opponent – step forward Lambert.

Clearly unimpressed by his inability to make the contracted weight, the crowd jeered as Fury and Bamba struggled through their six two-minute long rounds. 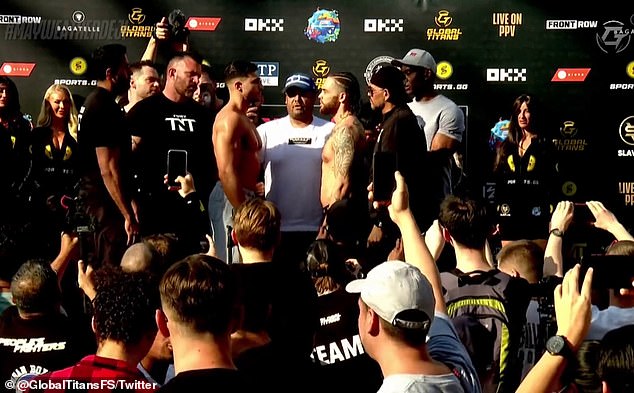 With the fight having been made an exhibition bout owing to the situation, neither fighter reportedly appeared that intent on making a mark in the ring and instead it appeared a case of getting through the fight unscathed.

Much of the interest inside the Coca-Cola Arena in Dubai appeared focused on Jake Paul’s, a YouTuber, presence ringside.

Fury and him have long had a feud with many inside – and out – the boxing world want them to fight to lay down the gauntlet. 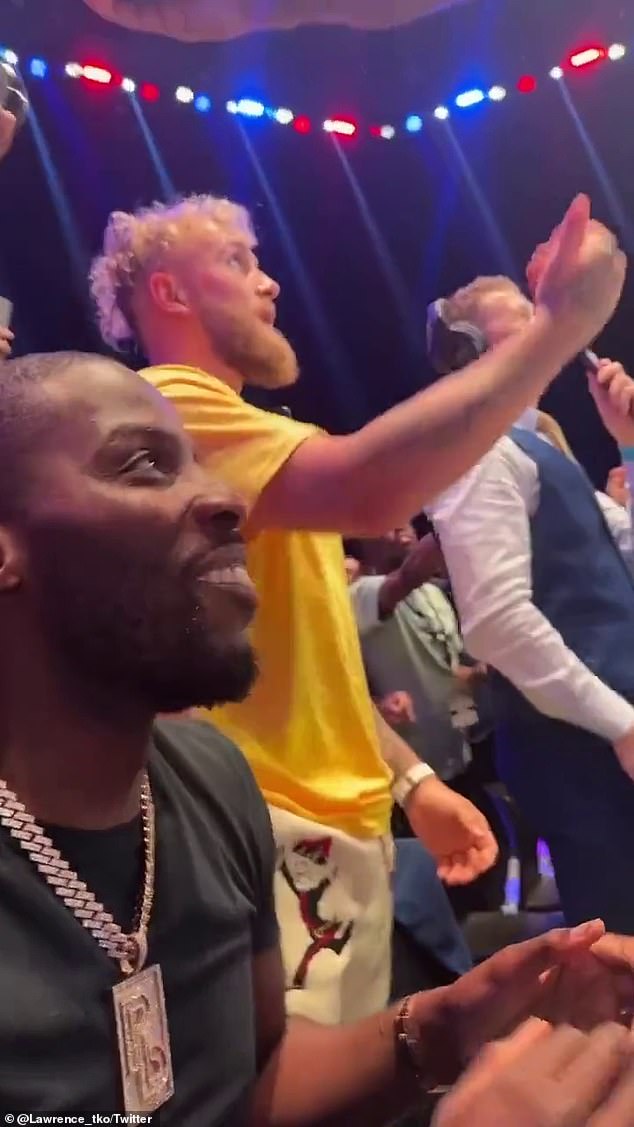 Taunts could reportedly be heard being exchanged between the two with Fury said to have called Paul a ‘b******’.

Paul, who was commentating on the fight, could be heard shouting at Fury that he is ‘f***ing s***’.

After the fight, the lurid language between the two continued before it appeared to properly denigrate with John Fury, father to both Tommy and his heavyweight brother Tyson, taking his shirt off before shouting at the American: ‘Forget my son, I’m the king of the bare-knuckle man.’ 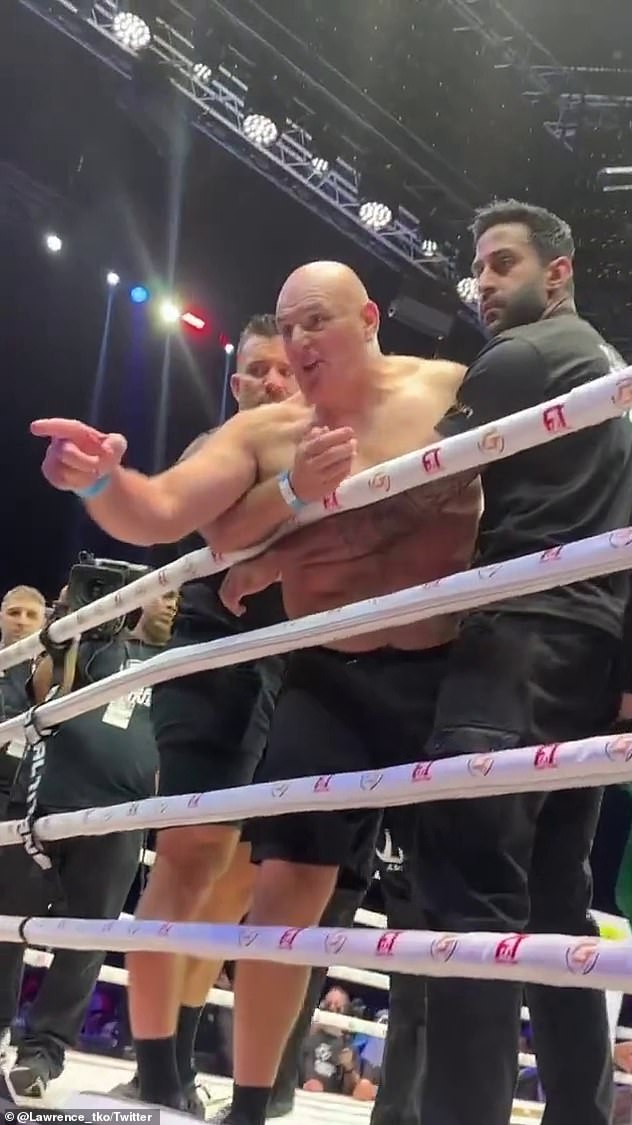 Re-entering the fray, Fury Jr. then shouted back: ‘There’s a certain b***h from ringside that I want in the ring now.

Afterwards, Fury also defended his performance in the bout with Lambert, telling reporters: ‘I had to come in and fight this man. 15-1, he’s got WBC and WBA titles, he’s knocked out 12. I had the b******* to get in this ring and fight him on a few hours’ notice.’