Tyson Fury’s co-promoter Bob Arum has revealed a fight between the Gypsy King and Oleksandr Usyk for the undisputed heavyweight title is a possibility for December, provided the Ukrainian defeats Anthony Joshua in their upcoming rematch.

Following his successful title defence over Dillian Whyte in April, Fury announced his retirement from boxing. However, Arum believes he could be tempted back into the ring for a unification bout and Fury has not yet been stripped of his WBC title.

When asked about the potential of a Fury comeback, Arum told Barbershop Conversations: “I will let you know when Joshua’s fight with Usyk happens in a few weeks. I’m hoping that Usyk wins because I have talked with his people and I think they would be anxious to fight Tyson Fury.

“And I am hoping to do that fight in December or early next year. I just think Usyk is a better talent than Joshua and he is certainly quicker than him and I would like Usyk in the undisputed fight. But could it go the other way, yes possibly.”

JUST IN: Tyson Fury insider makes telling comment ahead of Joshua vs Usyk 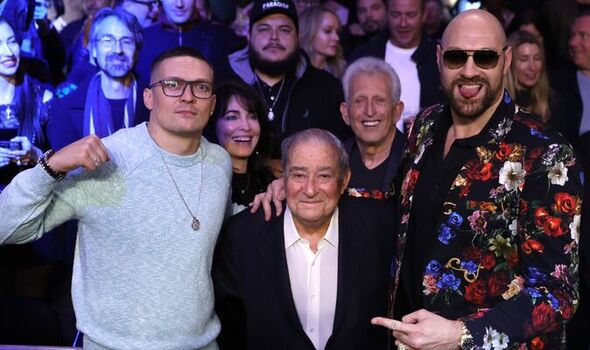 Arum has previously stated that he feels Fury will return to the ring to unify the heavyweight division before permanently retiring. Speaking to Fight Hype, Arum said: “I think really he’s on hold pending the outcome of the Usyk fight with Joshua, which takes place on the 20th.

“We know that the Saudis have put up a lot of money for the Usyk vs Joshua fight and we’ll see who wins that fight. I know deep down that Fury would want to fight the winner.

“And then the question is where the fight will be and all that sort of stuff, and that will take care of itself after Aug. 20. 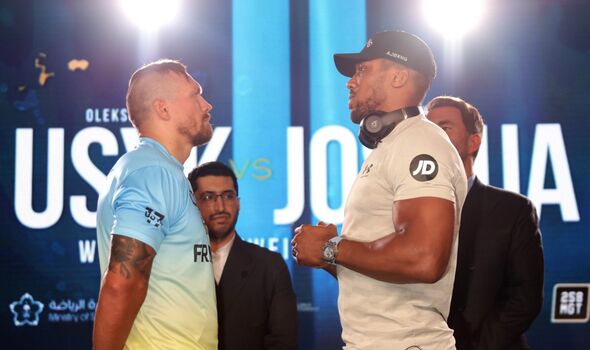 “I think [Fury will come back] whoever wins. Either guy, unify all the titles and then maybe decide that he would retire.

“But I think he doesn’t want to leave that unfinished. But again, that’s up to him and I haven’t pressed him, neither has Frank [Warren], but we will once the Usyk vs Joshua fight has happened.”