Tyson Fury was mobbed at the Manchester airport as he landed back in England with the WBC heavyweight belt in tow after destroying Deontay Wilder at the weekend. Fury was met with crowds of support as he walked out of arrivals with hoards of media also there.

The new WBC heavyweight champion appeared in high spirits as he waved to fans eager to catch a glimpse of the ‘Gypsy King’.

Fury’s wife, Paris, was also noticeably wearing the Ring Magazine belt as they made their way through the crowd.

They were given an escort through the airport by police, lapping up the cheers from the growing crowd.

Fury will now look to unwind and revel in the biggest win of his career since beating Wladimir Klitschko back in 2015.

JUST IN: Tyson Fury lined up for £400m Saudi Arabia fight with Joshua or Wilder 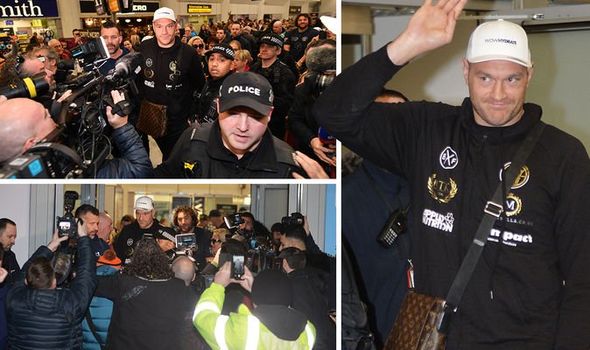 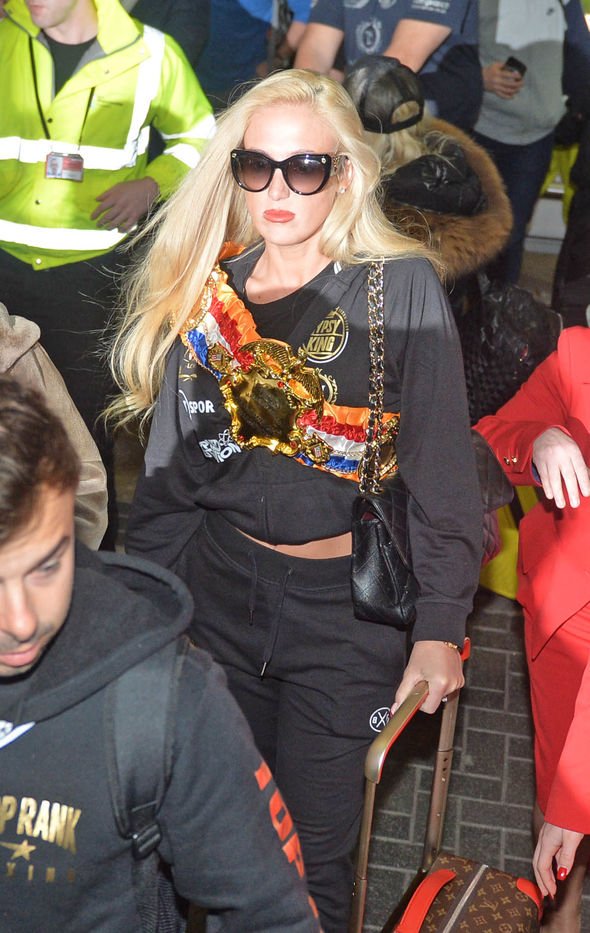 The 31-year-old thought he had done enough to win the WBC belt in his first clash against Wilder back in December 2018.

The blockbuster heavyweight fight went the distance as Fury appeared to win rounds three through eight, only for the judges to score the bout as a draw.

The much anticipated rematch though ended very differently with Fury getting on the front foot from the get-go.

The American was bleeding from the left ear early on with swelling appearing on his jar with Fury putting on a beating. 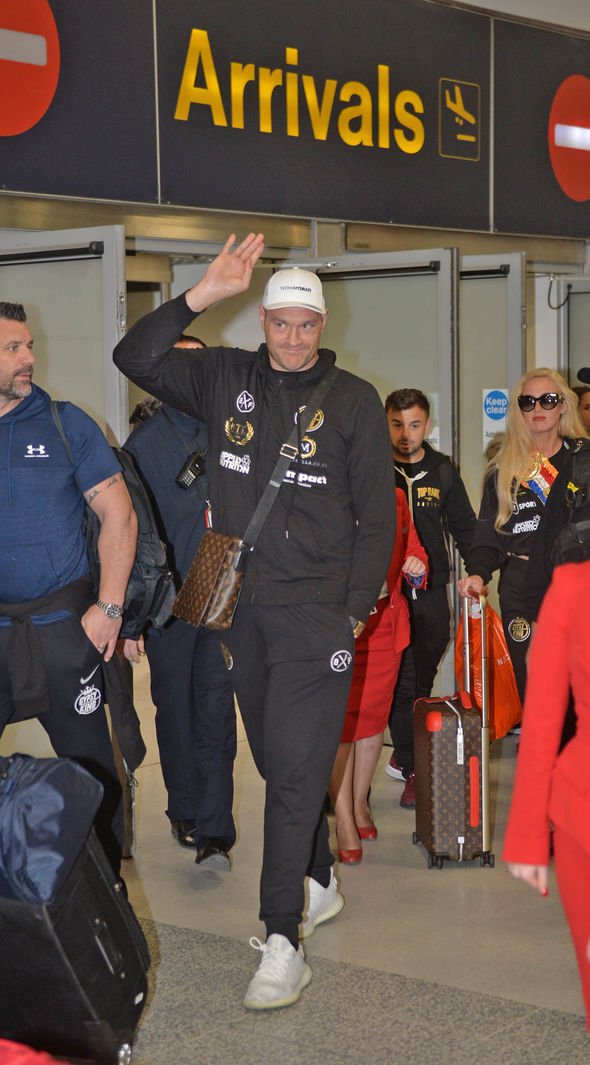 Wilder was surprised after being knocked down in the third but Fury put his opponent on the canvas again with an explosive left hook to the body.

The 34-year-old looked out on his last legs in the seventh round as Fury unloaded a flurry of punches with Wilder locked into the corner before his team threw in the towel.

Fury was visibly emotional in the moments that ensued as he was swarmed by his team in the aftermath with referee Kenny Bayless holding his hand up as the new WBC heavyweight champion.

There was immediate talk of a potential all-British heavyweight showdown between Fury and Anthony Joshua with all the belts on the line this summer. 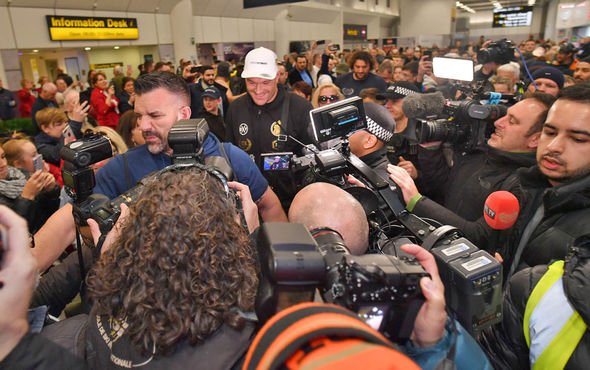 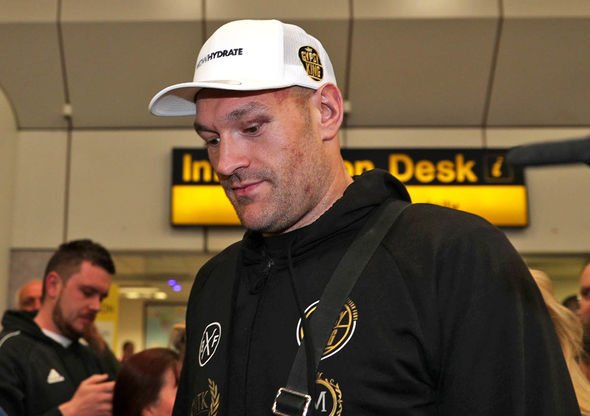 Joshua’s promoter, Eddie Hearn, has repeatedly stated that an undisputed fight between the two will happen.

But the bout depends on Wilder exercising his contractual right for a third and final rematch with Fury and be the first man to try and win back his belt.

The former WBC champion has 30 days to activate the clause and speaking for the first time since Saturday’s loss, Wilder has indicated he will do just that.

“The rematch is definitely going to happen,” he told The Athletic.