Tyson Fury is a world champion once again after ripping the WBC world heavyweight title away from Deontay Wilder. The ‘Gypsy King’ put in a career-best performance in the Las Vegas desert to destroy the American star in seven rounds, with Wilder’s corner throwing in the towel.

Fury barely put a foot wrong throughout the fight as he put on a boxing clinic to rip away the WBC belt.

The ‘Gypsy King’ put Wilder down four times throughout the bout, showcasing an offensive display few have seen from him before.

Using his head movement to evade any retaliation punches from Wilder, Fury was able to manoeuvre himself into position to land significant blows without response.

In the end, Wilder’s team were forced to throw in the towel just after the halfway mark, with Wilder having been sent to the ground four times previously. 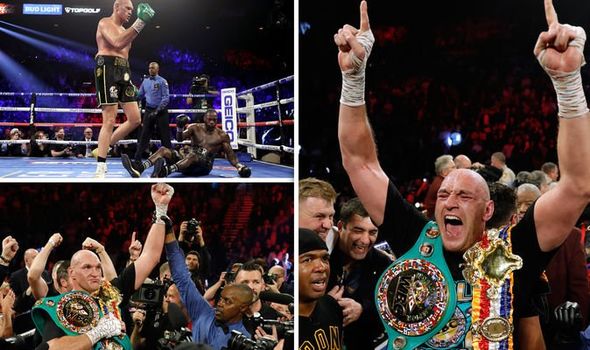 Fury took to the ring dressed in a robe and a crown, dressed like the heavyweight king he was aiming to become.

The ‘Gypsy King’ was carried on a golden throne, before standing and waving to the crowd as he was slowly carried to the ring as Patsy Cline’s ‘Crazy’ belted out through the speaker system.

Wilder, on the other hand, was comparatively dressed down, despite his £30,000 outfit which was themed around the Black Power character from the Marvel Cinematic universe.

The American was honouring Black History Month with his attire, and made his way to the ring to the sounds of a live performance.

Having tasted Wilder’s devastating power first hand in their first meeting, few would begrudge Fury for taking the back foot in the bout, but that was the exact opposite.

Wilder started the fight with his usual aggression, as he landed a stiff jab after just seconds. Fury spent the first round moving towards the heavy-hitting Wilder, establishing himself in the centre of the ring and cutting off any forwards movements from Wilder.

The Bronze Bomber connected with his trademark right hand just before the minute mark, but Fury shook it off and kept coming forward. Fury appeared to be awkward whenever putting the pressure on Wilder, clearly refusing to let the WBC king counter with any punches of his own.

The second round started more quietly than the first, with Wilder landing a right hand in response to a stiff jab from Fury after a minute. Fury had predicted a second-round stoppage in his favour and appeared to be close, he had to be pulled away at the bell after landing significant blows up close. 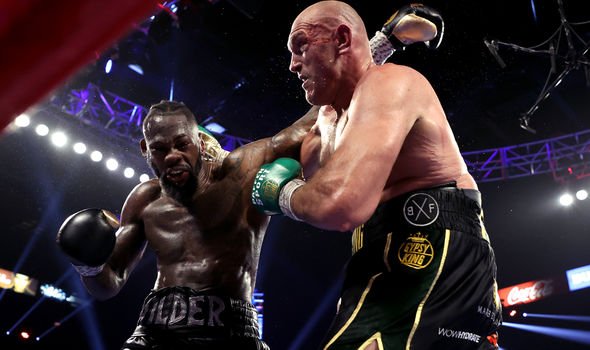 Whenever any fighter landed anything too early, as Fury did early in the third, the other never seemed to be too badly hurt. Wilder appeared to slip at one point after eating a right, but seconds later he was back dishing out punishment of his own.

Fury landed the hammer blow with just seconds left in the third round, as he connected with a beautiful right hand to send Wilder crashing to the canvas. Somehow, the WBC champion rose to his feet quickly with 30 seconds remaining, before immediately rushing the champion again, sending him to the floor once again before the bell rang to save Wilder.

As Wilder was hit by the right hand to the dome, his right foot appeared to slip under himself, which pulled him down to the canvas. After that, he didn’t seem to have any idea where he was or what he was doing.

Wilder would again taste the mat in the fourth round, but it was only due to a slip. From the opening 12 minutes, things were all going Fury’s way, and Wilder seemed to be without a hope in the world. 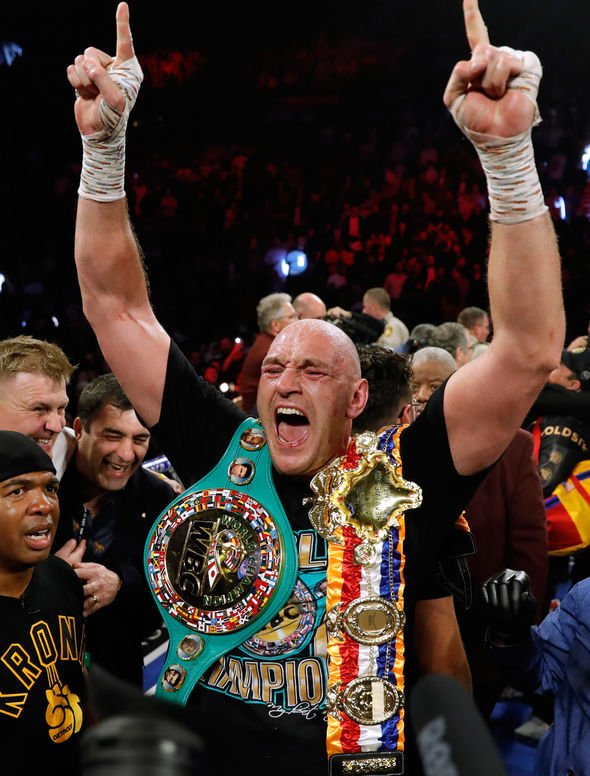 Many felt Fury would enter the fight as the more negative of the two, choosing to jab and run, but instead he met fire with fire and charged down Wilder from the opening bell of the fight, and he was able to reap the rewards by hurting the 34-year-old on multiple occasions.

From the opening bell of the fifth round, Fury launched himself at Wilder like a man possessed, throwing his man around the ring before sending him down twice in the round.

Wilder appeared to have nothing left in his legs as he attempted to swing for the fences, but had no snap or energy in his punches.

The third knockdown was the most crippling of the lot, as he was sent backwards to the ground after another right hand from the ‘Gypsy King’, and just seconds later he was forced to hold onto the ropes to avoid being sent down for a fourth time.

Fury had a point taken off him for punching after the referee had told him to break, which gave Wilder some time to recover.

The sixth round began where the fifth had finished, with Fury backing Wilder into the corner before swarming him with punches. For all Wilder’s power, he showed his impressive chin by continuing to come forward when Fury was swarming him.

The seventh round continued in the same brutal way, with Fury on the front foot and pressing the American to the ropes. 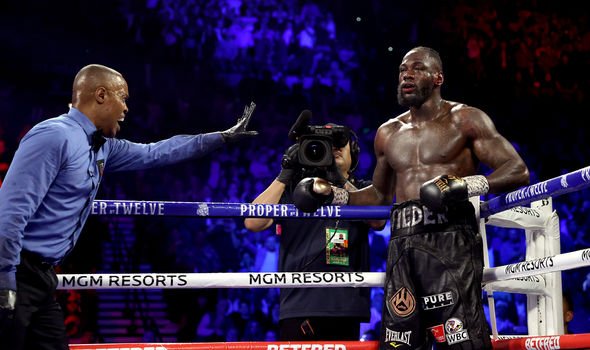 In the end, Wilder’s corner admitted defeat halfway through the seventh round.

After being continuously peppered with punches, his cornerman threw in the towel after being pushed back to the corner and beaten up badly.

Fury emerged victorious and without a scratch on his face, despite the copious amounts of Wilder’s blood splattered across his torso.