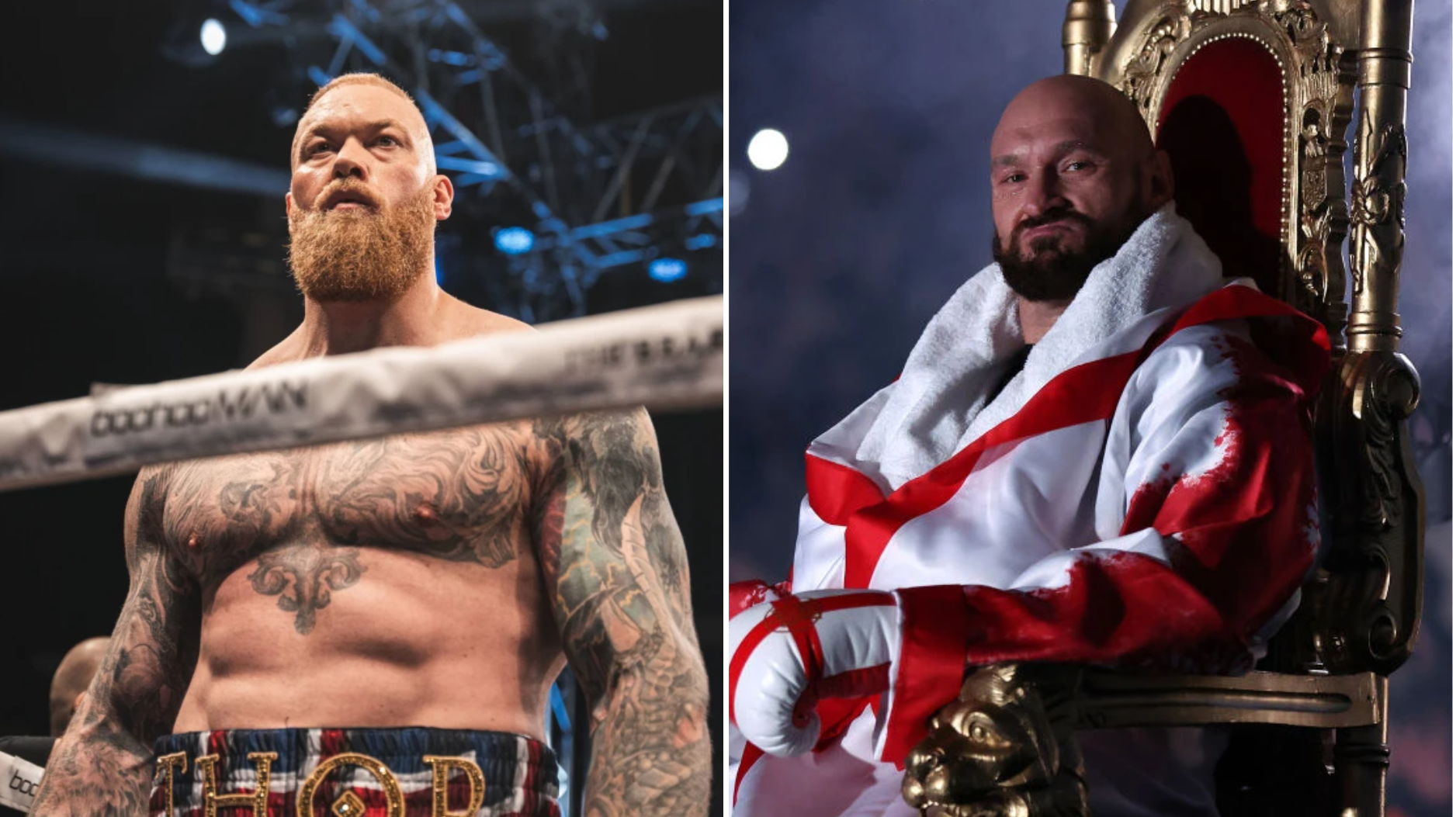 Tyson Fury has confirmed he is in talks for an exhibition bout against Hafthor ‘Thor’ Bjornsson in November.

The ‘Gypsy King’ announced his retirement from professional boxing following his sensational knockout victory over Dillian Whyte at Wembley in April.

Fury has still not vacated his WBC title, fuelling speculation that he will return to fight the winner of Oleksandr Usyk vs Anthony Joshua to crown the heavyweight division’s first undisputed champion since Lennox Lewis.

For now, however, he insists the only fights he will be taking part in are exhibition bouts.

Despite talks for a crossover meeting with UFC heavyweight champion Francis Ngannou, Fury has confirmed he is interested in fighting the 6ft 9in Bjornsson, who beat strongman rival Eddie Hall inside the boxing ring in March.

‘It would be a bit of fun. It would be great to get in there in front of, say, 70,000 fans and show him what boxing is all about, make him miss, and knock him out.

‘We are talking to his team at the moment and it is definitely something I’m interested in,” Fury told Telegraph Sport.

Bjornsson has also confirmed that the fight is being discussed. ‘I know that there are some negotiations going on and some talks, but nothing is complete. If it did happen, I would gladly step into the ring and I would gladly fight him,’ Bjornsson said.

‘I’ve said since day one. When people have asked me, ‘Would you fight Tyson Fury?’, I’ve always said yes. It would be a huge honour for me to fight the best heavyweight boxer in the world and it would be an amazing experience for myself.

‘Would I get beat? Probably, but I would not give a f**k. I would do my best and who f*****g knows? I’m f*****g strong and my punches hurt so if it happens he can’t take it easy because I’m a warrior, I’m a Viking, and I’m going all in if it happens. Nothing is impossible if you have that mindset at least.’

Earlier this year, ‘The Mountain’ shared his plans to fight Hall twice before moving onto Fury with Metro.co.uk.

‘No one has seen a guy my size before and imagine if some big name would challenge me because they want to shut me down. That would be a huge opportunity for me and I probably wouldn’t turn it down,’ he said.

‘When I do anything I always look at the top and the top right now is Tyson Fury obviously, but we’ll see in two years’ time who is on top then.’