Tyson Fury was visited by WWE legend Triple H before his heavyweight world title challenge against Deontay Wilder. The ‘Gypsy King’ warned Wilder that he will have to do something “big” to stop him at the MGM Grand.

Fury is attempting to capture the only heavyweight world title he has never held – the WBC crown.

The previous owner of the WBA, WBO, IBF and WBO belts is putting his unbeaten record on the line against the heavy-hitting Wilder.

And in the build-up, he was visited by WWE megastar Triple H in his dressing room.

Speaking to the 50-year-old, Fury promised he was ready for a war against Wilder. 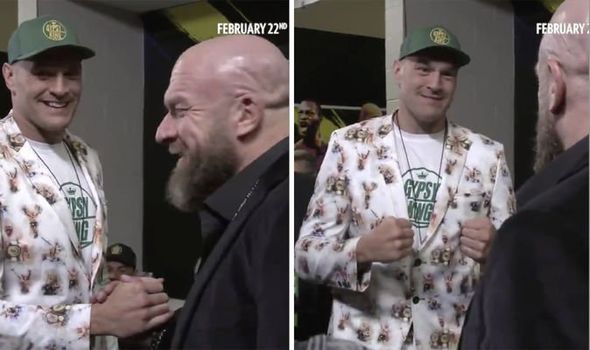 “He’ll have to do something big to take me out tonight.”

Fury arrived at the MGM Grand dressed in a white suit adorned with images of his previous fights.

The 31-year-old weighed in at the second-heaviest weight of his career – 273lbs.

Wilder also weighed in much heavier than he did the first time around, as he tipped the scales at 231lbs – the heaviest of his career.

The American will enter the ring having stop all-but one of his opponents. The only man to have not been stopped was Fury.

And both men weighing in heavier than before was a big indication that they will both be going for the stoppage win. 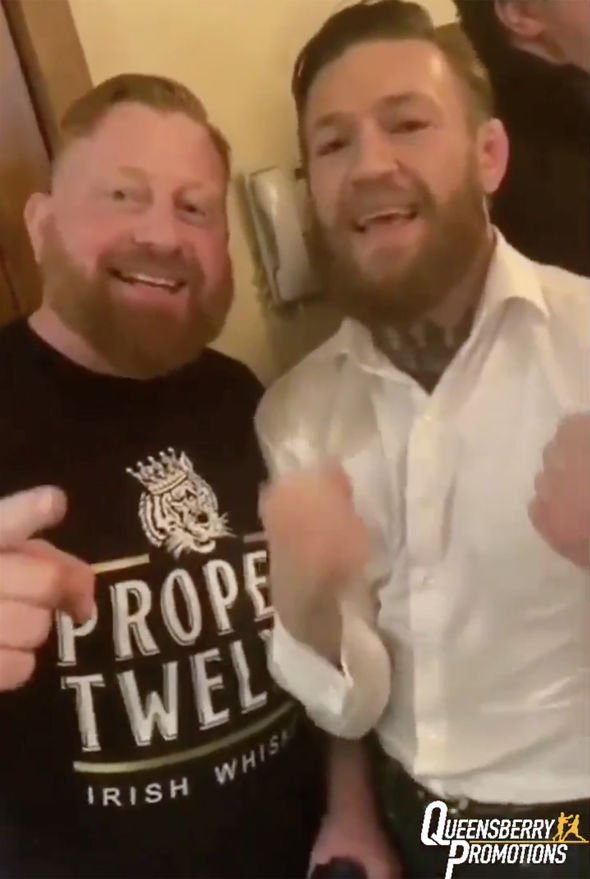 Triple H wasn’t the only man to show his support for the ‘Gypsy King’, with Conor McGregor also posting a message of support.

The UFC star has his Proper Twelve Irish Whiskey branding in the centre of the ring at the MGM Grand, and he took to Twitter to say how proud he was.

Then, in a video shared by Frank Warren, he gave his support to Fury.