Tyson Fury is said to be planning a special entrance tonight for his world heavyweight title rematch against Deontay Wilder. Fury has previously wowed fans with his USA and Mexican-inspired ring walks.

And for his clash with Wilder, it’s expected that his tradition of making special entrances will continue.

His promoter Bob Arum said: “People gave me credit for the last two ring entrances, but I had nothing to do with either of them.

“It was all down to Tyson Fury. I didn’t even talk to him (about them). 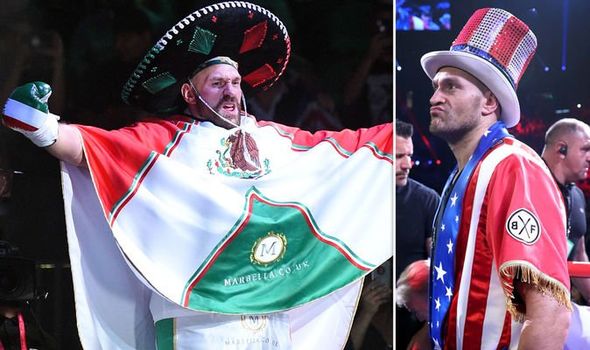 “Tyson Fury being Tyson Fury, you better believe it’s going to be a spectacular ring entrance.”

TalkSPORT pundit Adam Caterall also tweeted that there was something extravagant being planned by Fury.

“If you thought ‘Apollo Creed’ and the ‘Mariachi band’ ring walks were good, wait until you see tonight’s entrance!” he wrote.

For his clash against Tom Schwarz last year, Fury channeled his inner-Apollo Creed with a Rocky film-inspired entrance.

He walked to the ring donned in red, blue and white, while Neil Diamond’s Coming To America played.

And then on Mexican Independence Day, Fury came out with a sombrero on his head.

Fury fought Otto Wallin back in September on the Mexican holiday and was accompanied to the ring with Mariachi band. 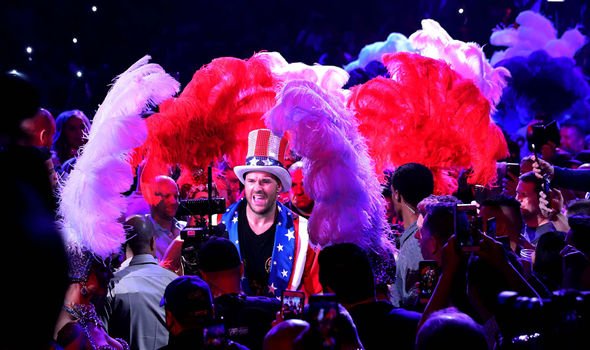 Against Wilder last time, Fury came out to Gala’s Freed From Desire.

And Fury noted earlier this week that the entrance for Wilder 2 would be just as special.

“He always has done from my comeback and he’s not gonna let us down this time,” he said.

“It’s gonna be something special.”

“I can’t wait to walk out, and visualise every step of what I’m about to do to him. My mask represents that I’m the emperor of boxing,” the Bronze Bomber said.

“The mask and my warrior mindset comes from my people. My mask draws me to my roots and it presents my character.

“When I wear the mask, it makes me feel superior. From the walkouts to the knockouts, it’s a magnificent feeling. I’m always trying to be creative and do something different.”