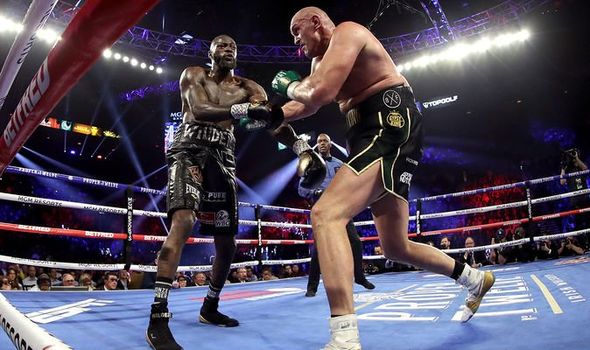 Both Tyson Fury and Deontay Wilder weighed in heavier in their second contest for the American’s WBC heavyweight title. The first instalment, fought in Los Angeles almost 15 months ago, resulted in a split-decision draw.

Wilder was stopped in the seventh round as his corner threw in the towel. 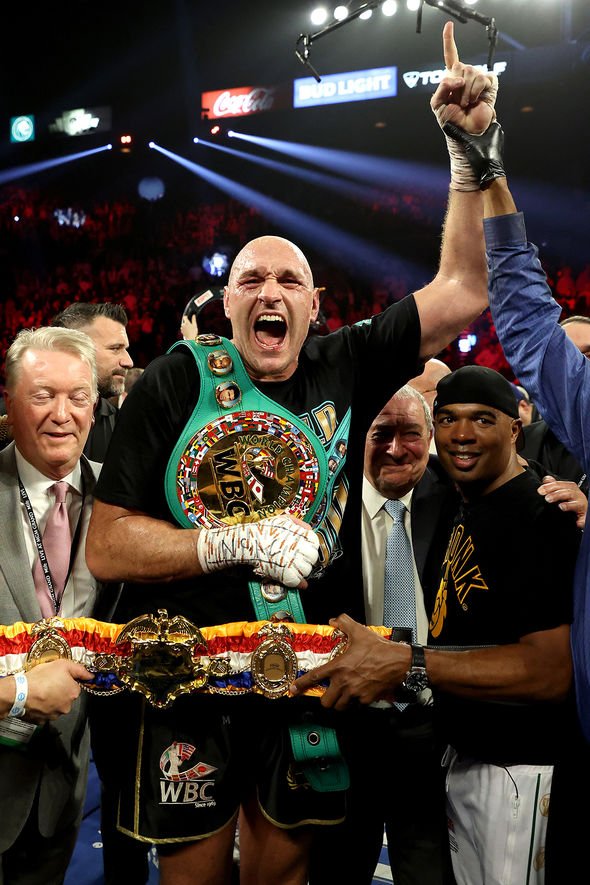 And fans have since taken to social media to congratulate the 31-year-old.

Another commented: “Congratulations to @Tyson_Fury and the team around him.

“In a time when there is a lot of talk about mental health challenges it is great to see someone overcome theirs to become the champion of the world.”

A third added: “Congrats to the only undefeated heavyweight champion @Tyson_Fury #WilderFury2 was historic!”

A fourth wrote: “Congrats on the big win @Tyson_Fury! What a great fight!”

Wilder was knocked down twice by Fury during the bout.

The American was first floored in the third round when Fury landed with a jab and a right hand.

He then went down again in the fifth following a shot to the body.

After the fight, Wilder said: “The best man won tonight. He had a great performance and we will be back stronger.

“Even the greatest have lost and came back, that is just part of it. You just take it for what it is.

“I can make no excuses tonight. I had a lot of complications. But we’ll come back stronger next time around.”

Wilder has a rematch clause and Fury is expecting the 34-year-old to exercise that option.

The Brit said: “I expect him [Wilder] to ask for the third fight.

“I know he’s a warrior and I’ll be waiting.”

Cantlay rallies past Rahm, Thomas for Zozo title
Recent Posts
This website uses cookies to improve your user experience and to provide you with advertisements that are relevant to your interests. By continuing to browse the site you are agreeing to our use of cookies.Ok