Tyson Fury has been invited to Manchester United to discuss his battles with mental health problems following his seventh-round knockout win over Deontay Wilder in Las Vegas. Fury picked up the WBC world title and Ring Magazine belt with his victory.

Fury’s win was the culmination of a three-year comeback to the sport during which the Gypsy King had to battle with drugs and alcohol addiction.

Fury also admitted he came inches from committing suicide during his downward spiral after beating Wladimir Klitschko in 2015.

But with his win over Wilder, Fury returned to the pinnacle of the sport and has opened himself up to a huge clash with Anthony Joshua. 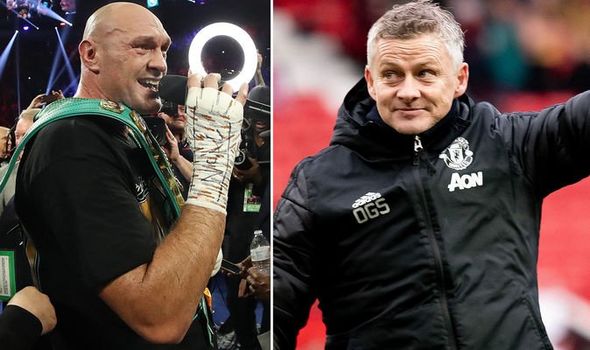 And according to the Metro, Fury has been invited to Carrington to chat to the players about the problems he encountered before his comeback.

Fury’s already been invited to the White House by Donald Trump, as well as the Vatican by the Pope.

United fan Fury has also been invited to the club’s game with Manchester City in March.

The 31-year-old will make an appearance on the pitch in front of the United fans, assuming he accepts the offer.

Fury has spoken openly about his mental health over the last couple of years.

“I woke up wanting to die on a daily basis, I didn’t want to live anymore because I was het up by depression so that’s as low as you can go”

“You’re looking at the man who has everything, acclaim, glory, fame, many achievements, a family and everything that goes with it, the trimmings, the gravy and still he isn’t happy. 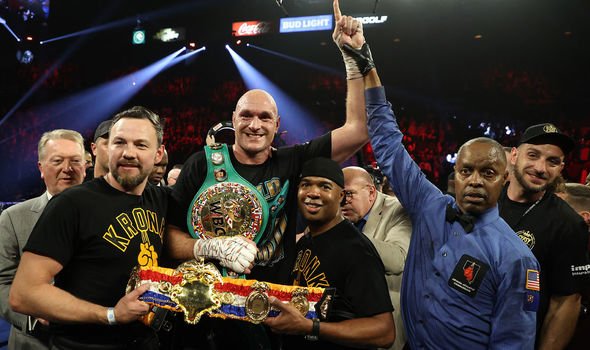 “We’re made to believe success is happiness, but that’s very untrue. One day I woke up and thought, ‘today’s the day I end it all’.

“I was heading towards this bridge, I was going to smash the car into the bridge at very high speed, I just didn’t have the ambition to live anymore.

“Before I got to the bridge I heard a voice saying, ‘don’t do this, you’re going to destroy your family’s life,’.

“And I immediately pulled the car over and that was the first time I thought, ‘right, now or never. I need to get well immediately’.”

Fury will likely rematch Wilder in the summer, as the Bronze Bomber is expected to exercise his optional rematch clause within the next couple of weeks.