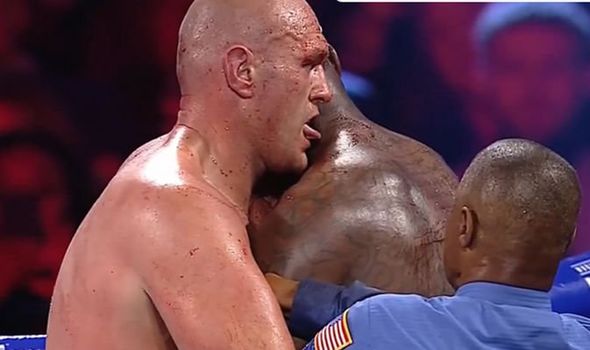 Tyson Fury licked Deontay Wilder’s back – as he tasted blood during his seventh round victory in Las Vegas. Fury overcame Wilder in the blockbuster rematch to win the WBC heavyweight world title on a dramatic night in America.

Fury had Wilder on the rocks from the offset, but a bizarre moment was caught on camera when he licked his back on the way to victory.

Fury went onto win via TKO after controlling the whole fight. The stoppage came in the seventh but could have come earlier with Fury sending Wilder onto the canvas during the early stages.

Fury put on a front-foot masterclass and left Wilder with no chance to get going.

“The best man won on the night,” Wilder admitted afterwards.

“My coach threw in the towel but I’m ready to go out on my shield. 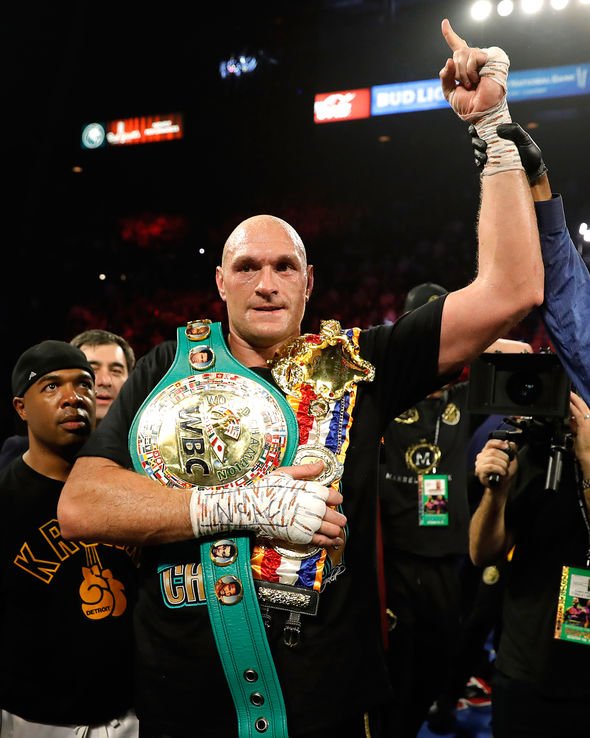 “I just wish my corner would have let me go out on my shield, I’m a warrior. But he [Fury] did what he did and there’s no excuses.”

Fury had Wilder bleeding from the ear and against the ropes before the referee called time on the fight.

“Big shout out to Deontay Wilder, he showed the heart of a champion,” Fury said.

“He will be back and will be a champion again.

“The king has returned.”