Tyson Fury ended Deontay Wilder’s five-year reign as WBC heavyweight world champion on Saturday in Las Vegas and his next fight could now be a £400million showdown with eitherAnthony Joshua or Wilder in Saudi Arabia, according to reports.

Fury stunned boxing fans in the manner he defeated Wilder, as he put the American on the canvas twice, before his team threw in the towel in the seventh round.

Four members of the Saudi royal family were ringside at the MGM Grand Arena to watch the bout and they are now prepared to offer the ‘Gypsy King’ a huge purse to bring his next fight to Saudi Arabia.

According to the Daily Mail, The Saudis see Fury as the key to unlocking a floodgate of international tourism.

The Saudi party who were at the fight included Prince Khaled, who has been given the responsibility to bring major sports events to the country by Crown Prince Mohammed bin Salman. 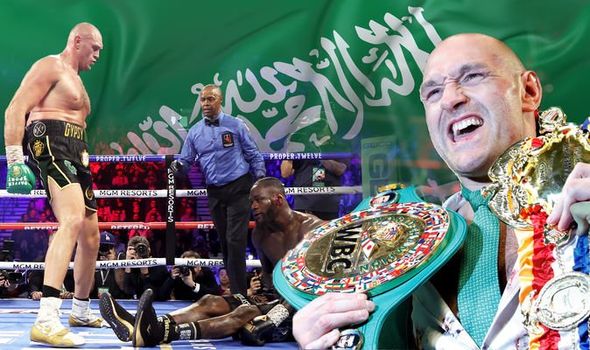 Saudi Arabia are embarking on a campaign to improve the country’s image by directing attention away from its questionable human rights image by hosting sporting events.

In December the country hosted Joshua’s rematch with Andy Ruiz Jr in Riyadh.

Joshua banked $85million (£66m) as he regained his three belts from Ruiz, as a points victory saw him take the IBF, WBA and WBO titles back to Britain.

The big question now is who will be Fury’s next opponent.

Wilder has the contractual option of a rematch with Fury and now has 30 days to make the decision of wanting to step inside the ring again with the 6 feet 9 inches undefeated champion.

After their fight the 34-year-old American insisted he was disappointed his corner had stopped the fight.

“My coach threw in the towel but I’m ready to go out on my shield,” Wilder said.

“I had a lot of things going on coming into this fight but it is what it is.

“I just wish my corner would have let me go out on my shield, I’m a warrior. But [Fury] did what he did and there’s no excuses.” 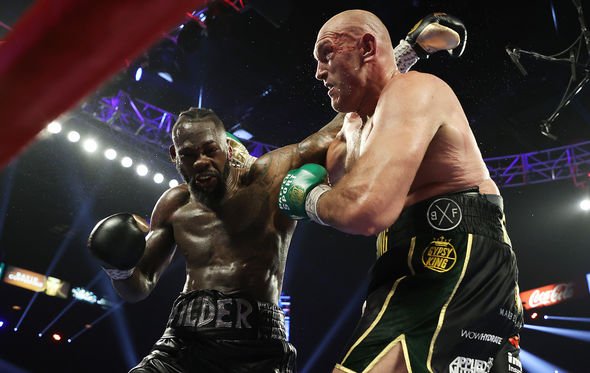 An alternative to fighting Wilder could be a match against Joshua in a world title unification bout.

Joshua’s promoter Eddie Hearn insisted he wants to make Joshua vs Fury happen, but admitted there are “some hurdles to overcome” with broadcasting rights.

Joshua and Hearn have an agreement with Sky Sports and DAZN whilst Fury’s bouts are shown on BT Sport and ESPN.

But Hearn is confident these issues can be negotiated and overcome.

“Everybody is very clear on this. Everybody wants this fight – Anthony Joshua, Tyson Fury, MTK, Top Rank, Frank Warren, Matchroom.

“There are some hurdles to overcome on the broadcasting, but nothing too much.

“I promise you this fight will happen.”

Joshua is set to defend his world titles against Kubrat Pulev in June and if he wins Hearn is confident a fight with Fury would happen.

“When are we ever going to get the chance of two British world heavyweight champions fighting for the undisputed title against each other?” Hearn added.

“It’s never happened before it will never happen again. We’d be clowns, we’d be idiots if we didn’t make this fight.