Tyson Fury took to social media to take aim at a trio of heavyweights from three different fields in a Thursday night rant on his Instagram story.

Unsurprisingly, the main target of his social media tirade was fellow heavyweight world champion Anthony Joshua, as “The Gypsy King” mocked “AJ” before daring him to prove his comments wrong.

“While I’m on a rant. I may as well call out one more person,” he began.

“AJ, if you’re out there, let’s make this fight happen, you big dosser. You big s***house bum dosser.

“I’m gonna smash your face in, too, and there’s not one thing you can do about it. 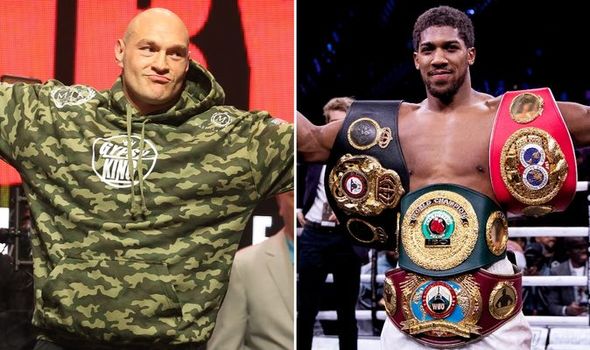 Fury and Joshua signed a two-fight deal to face each other, but a date and location has not yet been finalised for their eagerly-anticipated first meeting.

Fury had previously stated that there had been interest from Qatar, Uzbekistan, Russia, the United States and England as potential hosting countries for their heavyweight title unification battle.

Earlier this month, promoter Eddie Hearn stated that the pair had agreed on a preferred site.

“Both sides have approved the site offer they want to go with,” he told Behind The Gloves.

“We are now finalising the site offer and we’re in a good place.”

Prior to his message to Joshua, Fury had already taken aim at WWE superstar Drew McIntyre and UFC heavyweight champion Francis Ngannou, who he said he’d be happy to face in the ring.

“This is a message to Francis Ngannou and the UFC guys,” he said.

“Any time, any place, anywhere. Seven days a week and twice on Sunday, you big ugly dosser.”

Ngannou may well have seen or heard about Fury’s message, as he later tweeted a short message tagging him, saying he’d face Fury after he defeats former light heavyweight champion Jon Jones in his next title defence.

“I’ll take care of @JonnyBones first then come after @Tyson_Fury.”