Dillian Whyte has called for a fight with Tyson Fury following the Gypsy King’s world title win over Deontay Wilder in Las Vegas. Whyte has been mandatory for the WBC belt since last year and wants his shot this year.

Fury knocked out Wilder at the weekend to win the WBC world title and Ring Magazine belt.

His emphatic win has opened up a plethora of next fight options.

Wilder has the option to exercise a trilogy match-up, while an undisputed clash with Anthony Joshua is there for the taking, too. 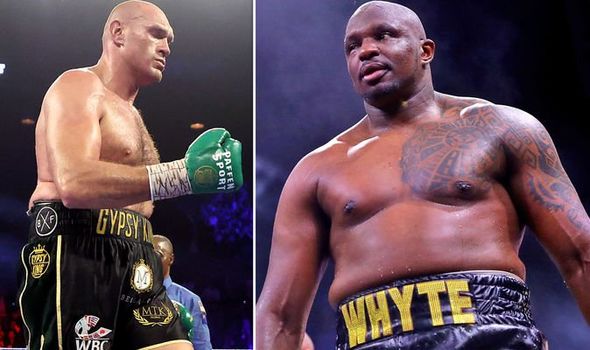 “Listen, he should be fighting me next, regardless of whatever he thinks, whatever AJ thinks,” said Whyte.

“I deserve it. I’ve worked hard for my title shot and I keep fighting and I keep risking my position. I’ve been No 1 contender for ages now. They should fight no-one else, apart from me. I’ve done everything that is required of me, so now it’s my turn.

“I wouldn’t be surprised if they haven’t already started talking about the [Anthony Joshua] fight. Fury won’t face me, unless he gets put in a position where he has to face me.

“Listen, we’ve already tried to make the fight with Fury already for the ‘Diamond’ belt at the time Deontay Wilder was champion.

“The WBC ‘Diamond’ belt is a higher ranked belt than the WBC regular world title. Fury asked for that, the WBC gave me and him the belt, and then he turned the fight down.”

Whyte then detailed how exactly he would try and beat Fury, who became just the second two-time Ring Magazine titleholder on Saturday night, after Muhammad Ali. 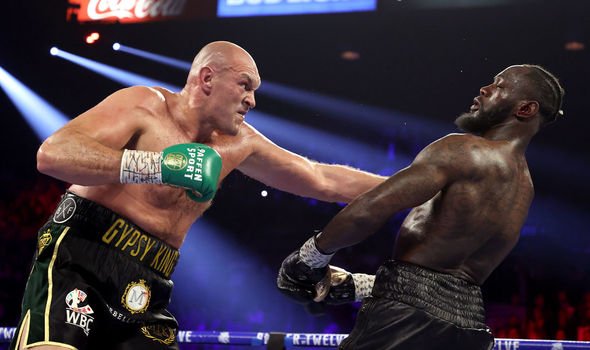 “Fury moves his head well, but he’s got a big body,” added Whyte.

“Keep targeting his body and back him up. You have to lay leather on him and hit him hard to the body.

“That’s where you wear him down. If you hit him to the body hard enough and consistent enough you break him down.

“All the top heavyweights know that I’m going to give them hard work, because I always come to leave it on the line. You know me, if I’m down on points, I will start swinging it out.”