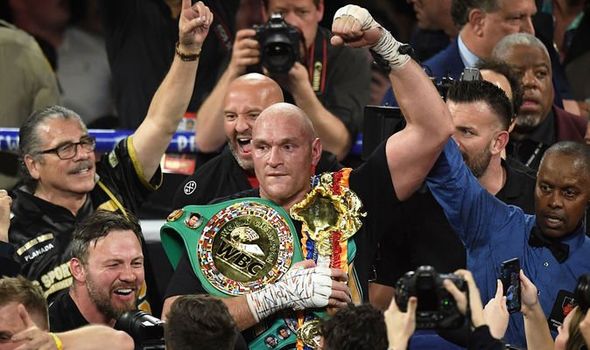 Tyson Fury has hinted he will face Deontay Wilder in a rematch after his remarkable performance on Saturday evening. Fury beat Wilder in the seventh round in Las Vegas, with the American’s camp throwing in the towel. Fury floored Wilder twice before the towel came in with the Gypsy King securing the WBC heavyweight title.

“Fury was brilliant, and the tactics from [his trainers] Sugarhill Steward and Andy Lee were spot on,” Hearn told Sky Sports.

“For me, we should go straight into AJ v Fury next. No one wants to see a third fight [between Fury and Wilder].”

However, speaking at his post-fight press conference, Fury admitted he could end up facing Wilder again in a trilogy fight. 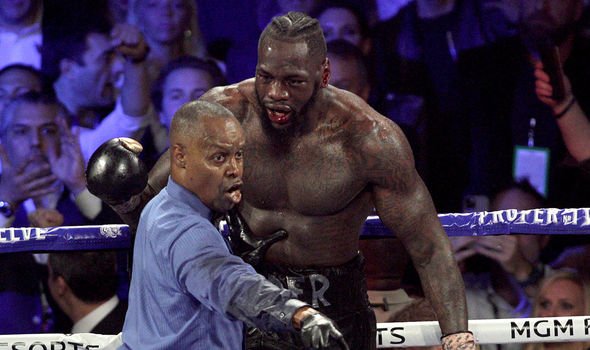 Fury said: “I need to enjoy this victory and Deontay will need to recover from this fight.

“Tonight was my night and I was never going to let anyone take it from me.

“I’m my own worst critic and even though it was a fantastic performance, I know I can do better.

Wilder’s head trainer Jay Deas was also vocal after the fight, insisting it wasn’t him who threw in the towel, it was instead his co-trainer Mark Breland.

Deas admitted Wilder will want a rematch to regain his WBC heavyweight title.

“I absolutely think he will want to rematch.

Wolves striker Raul Jimenez vows to 'return soon' after fractured skull
Recent Posts
This website uses cookies to improve your user experience and to provide you with advertisements that are relevant to your interests. By continuing to browse the site you are agreeing to our use of cookies.Ok