Tyson Fury has urged Anthony Joshua to fight him in December if both of their planned bouts are cancelled. The Gypsy King is set for a trilogy clash with Deontay Wilder, from whom he took the WBC heavyweight world title.

That rematch is scheduled to take place one week after Joshua’s mandatory title defence against Kubrat Pulev on December 12.

If the UK goes into another full-scale lockdown it may be difficult to travel, casting doubts over both fights.

And if there is any further delay in stepping into the ring then Fury wants al all-British clash with Joshua to unify the heavyweight division.

Talks are ongoing for the pair to meet in 2021 but that could be brought forward. 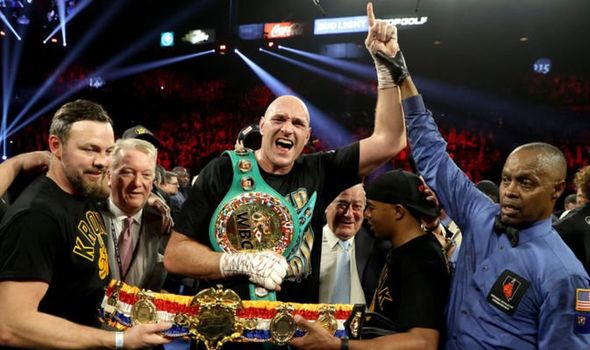 “I’m supposed to be boxing on December 19 in Las Vegas against Deontay Wilder in the trilogy, but every two days I hear a different story; they’re trying to bring it forward a week or put it back a week, whatever.

“The one thing I want to announce to the world is I will be fighting in December, whether it’s Wilder in Las Vegas, or if it’s Joe Bloggs in England.

“I want to fight now! I’m ready to go today, tomorrow, next week or the next couple of months.

“I made it very clear that if we can’t fight in America I want to come back to the UK and do a homecoming, have a fight here in the UK against whoever, I don’t care.

“With or without a crowd, I don’t care.

“I’m about one hour from going totally AWOL if I don’t hear any news.

“I’ve been training since March, twice a day six days a week, I’m ready for this fight. I’m ready to go.

“Tell AJ to grow a pair and let’s step up in December and fight! 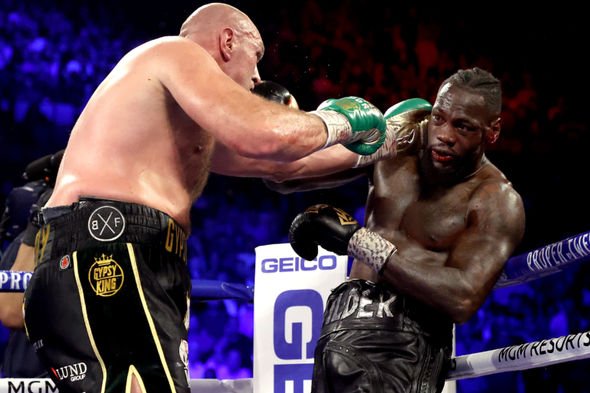 “Let’s get this big AJ fight on, let’s get it on… If Wilder don’t happen, let’s fight in December and give the fans what they want to see.

When pressed further on if he wanted to fight Joshua, Fury replied: “I’ll fight any man born from his mother, I don’t care.

“I’ll destroy all comers, I’m like a seek and destroy missile.

“If this Wilder fight ain’t happening in December, then I’ll step up and I’ll smash Anthony Joshua into next week.”