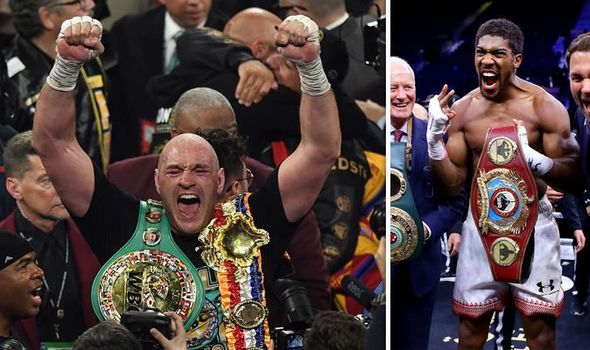 Eddie Hearn has revealed he’s already held talks with Anthony Joshua over a potential heavyweight title unification fight with Tyson Fury. Fury claimed the WBC and The Ring heavyweight titles early on Sunday morning with a seventh-round TKO victory over the previously-undefeated Deontay Wilder at the MGM Grand Garden Arena in Las Vegas.

Wilder’s reign as WBC heavyweight king came to an end at the 1:39 mark of the seventh stand after his corner mercifully threw in the towel to prevent the battered and bruised American from taking any more unnecessary punishment.

Immediately after Fury had the WBC and The Ring titles placed on his shoulders, attention turned to a unification bout with Joshua, the unified heavyweight champion.

Hearn is eager to make the biggest fight in British boxing history and has already reached out to Joshua – who will defend his titles against Kubrat Pulev in June – to discuss the bout.

“I’ve already spoken to AJ and he wants to go into this fight next,” the Matchroom Boxing chief told talkSPORT. 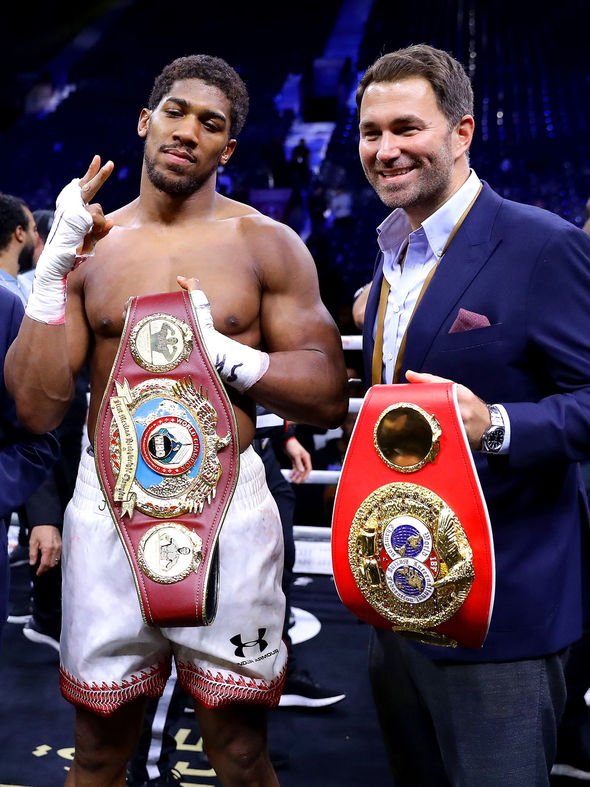 “We have to make this fight happen. We will never, ever get the chance for two Brits to fight for an undisputed heavyweight world championship.

“I promise you we will do everything we can to make this fight. It has to happen.”

The trilogy fight clause in Fury’s contract for his rematch with Wilder could very well delay a unification fight with ‘AJ’.

Hearn, like many others, is hoping ‘The Bronze Bomber’ decides not to exercise that clause, saying: “I don’t think anyone wants to see a third fight because it was that conclusive but we will see if he exercises that clause.

“I probably expect Wilder to do that – I don’t see where else he has to go.

“But our mandatory [IBF] challenger, Kubrat Pulev, is also promoted by Bob Arum, like Tyson Fury, so there is a very easy manoeuvre there if Wilder doesn’t accept the rematch to go straight into this undisputed fight in the summer. That is what we have to push for initially.

“If Wilder comes back and says ‘no, I’m having my rematch’ then that is due for July or August, and it doesn’t really matter because we fight Pulev at Spurs in June and this fight happens in November/December. But our preference is to go straight into it because if we went straight into it, it would be undisputed.

“We will never get this opportunity in this sport to do this again with two Brits. 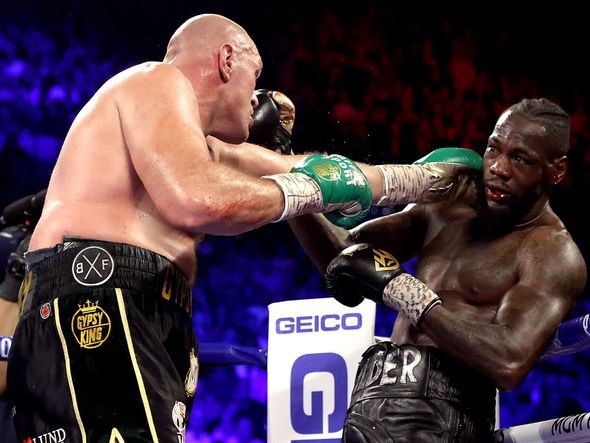 “I’ve already spoken to AJ – he wants to go straight into this fight next.

“He loves the Tyson fight, he has zero fear of fighting Tyson Fury.

“He has been through everything already and he wants to be undisputed and this is the chance for our sport to have one of those legacy moments that we will never get the opportunity to have again.”

Hearn was thoroughly impressed by the clinic Fury put on at the MGM, which he firmly believes will live long in the memory.

“I heard out of his camp he was going to be aggressive and go for it and I thought it was absolute madness and it ended up being genius from him and his team,” he said.

“Just a wonderful performance. What a time for British boxing – an incredible night.

“To have two heavyweight champions from Britain with all the belts, we’ll never see it again. And he deserves all the credit, it was brilliant.”