‘I want him to pack it in NOW’: John Fury calls for son Tyson to RETIRE as he describes incredible journey from depression to heavyweight champion… and says ‘Gypsy King’ should go and visit Donald Trump at the White House!

John Fury wants his son Tyson to retire from boxing after his stunning victory at the weekend against Deontay Wilder, and opened up on his son’s journey from depression and addiction.

Speaking to Good Morning Britain, Fury Snr. admitted he was ‘pinching himself’ at the progress Tyson has made over the last two years, and said the heavyweight star should accept Donald Trump’s invitation to visit him in the White House.

Fury, nicknamed the ‘Gypsy King’ was in inspired form on Saturday night in Las Vegas as he stopped Wilder in the seventh round of their rematch, but John believes he should call time on his career now.

Fury Snr. described Tyson’s years of depression and addiction, admitting it was a ‘dark time’ 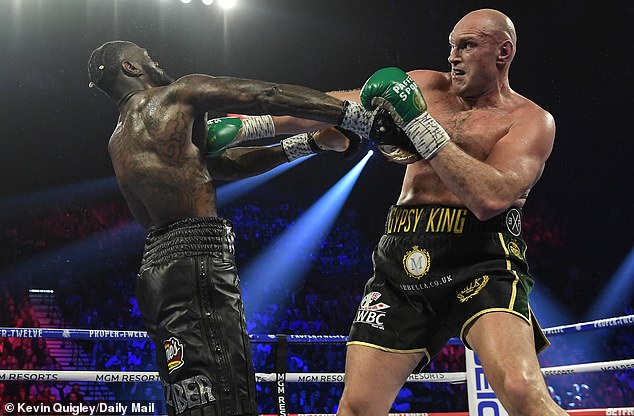 Fury returned to the ring in 2018, drawing to Deontay Wilder before beating him on Saturday

‘I want my son to retire now. He’s done enough. It’s been an uphill battle for him,’ John told GMB.

‘He’s got no more to prove. He’s proved he’s been a worthy champion from this country. He’s been 13 years as a pro and he’s always been the opponent. 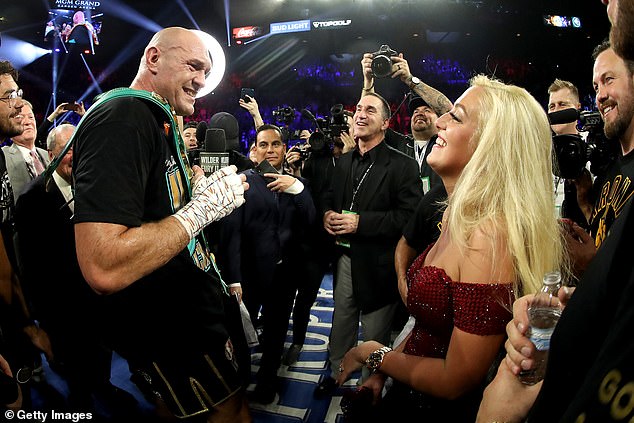 Tyson suffered from depression and addiction following his win against Wladmir Klitschko in November 2015.

He returned to action in June 2018, but John admitted those two years in-between were a ‘dark time.’

‘I’ll be honest with you, I’m sat here today and I still keep pinching myself because where he was two years ago, there was no hope basically,’ Fury continued.

‘He was that low, he went that far back that I didn’t think he was ever gonna get back. A light switch just went on and off but here we are today. 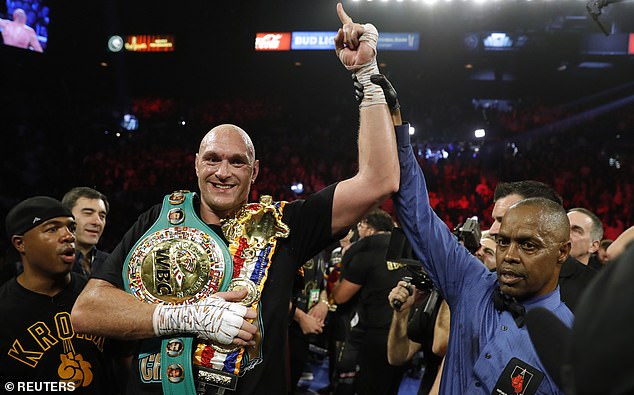 Fury celebrates his win against Wilder in Las Vegas, after a seventh-round technical stoppage

‘It was a dark time, when you see a man drinking himself to death to escape reality, he was eating all kinds of food in the bucket-load, and he was doing it in front of you.

‘When your son stops caring [about] what you think, a father and a parent, that’s time to worry.’

Following the first fight against Wilder, which ended in a split decision draw in December 2018, Fury got the win he was craving in spectacular style at the weekend, flooring his opponent twice in a dominant display.

‘I spoke to him straight afterwards on the phone from the BT studio and congratulated him on what he’d done, how proud he’d made me,’ John continued.

‘I can see the joy in his face, his life’s complete now. And now there’s a difference about him.

‘When he beat [Wladimir] Klitschko the first time, his body language wasn’t great. But this time he’s on top of the world, he’s right where he should be.’ 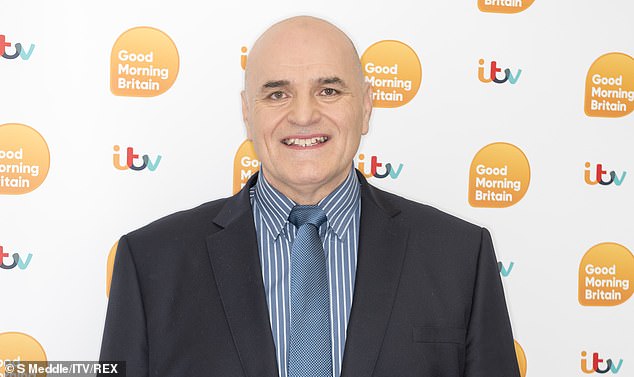 Even US President Donald Trump commented on the ‘great fight’, and said he would invite Fury and Wilder to the White House – a move Fury Snr. approved of.

‘That’s good for a Fury isn’t it! And I’m a big fan of Donald Trump, it’s been an amazing journey and look where it’s ended.

‘And what a great point to bow out on, and meet him in the White House!’