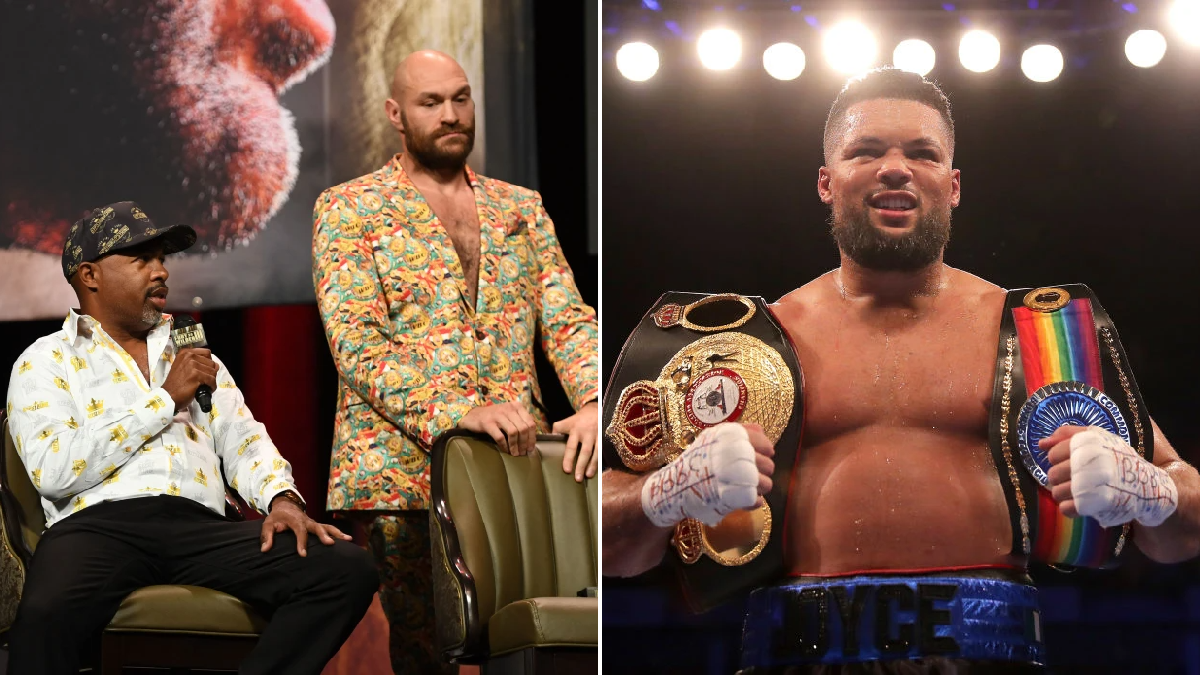 Tyson Fury’s trainer SugarHill Steward has urged the WBC to ‘let the champ fight’ after they failed to order a bout with fellow Brit Dillian Whyte, while he does not rate Joe Joyce as a potential opponent.

The Body Snatcher was expected to be named as the mandatory challenger to Fury this week, but instead the WBC indicated that their ongoing legal battle with Whyte – believed to centre on his frustration at not having been given a title shot already – meant they could not do so.

That leaves both Fury and Whyte in limbo, with the WBC champion unable to take on Oleksandr Usyk in a unification fight either after Anthony Joshua triggered his rematch clause.

Fury also experienced a drawn out and frustrating process prior to fighting Deontay Wilder for a third time and SugarHill is eager to avoid a similar situation now and wants the 33-year-old to be back in the ring as soon as possible.

Asked about the WBC’s ruling over a prospective Whyte fight, SugarHill told Behind The Gloves: ‘Let the champ fight. Let him fight whoever he wants to fight.

‘He’s been sitting and he wants to fight, so let him fight. Other than that it doesn’t bother me at all, I don’t care who he fights actually.

Joyce has been suggested as a potential alternative opponent to Whyte, with the Juggernaut currently number two in the WBC’s heavyweight rankings.

But SugarHill does not appear to rate the 36-year-old particularly highly – and even told him as much to his face – while he claimed the Brit still needs time to hone his craft despite being three years older than Fury.

SugarHill continued: ‘I met him and they were asking me who I thought the top five heavyweights were and he wasn’t one of them.

‘But I told him, “Don’t be offended, just keep working hard, you’re young, you’re just getting into it”. It took time for everybody.

‘Hopefully it pushes him harder, makes him work harder. No offence, it is what it is, it’s the truth – and it’s only my opinion so what difference does it make.’