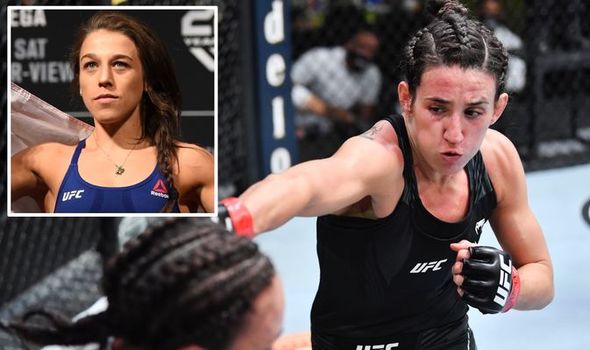 Brazil’s Marina Rodriguez continued her climb up the women’s strawweight ladder with victory over Michelle Waterson at UFC on ESPN 24 on Saturday night, then turned her attention to a potential clash with one of the division’s greatest-ever champions.

Rodriguez battled all the way to the scorecards with Waterson in their flyweight main event bout at the UFC Apex in Las Vegas, Nevada to claim a unanimous decision victory and improve her career record to 15-1-2.

And, after her victory, the Brazilian said her preferred next bout would see her share the octagon with former UFC strawweight champion Joanna Jedrzejczyk.

Speaking via an interpreter during the post-fight press conference, Rodriguez said there are a few potential options ahead of her, with the Polish former champion the best of the bunch.

“I would like to fight a couple more times this year,” she stated.

“(I’m) hoping (for) a top-three opponent next time around.

“Yan (Xiaonan) is fighting (former champion Carla) Esparza now. If she wins, that could be a very good fight.

“Esparza I fought already, and quite recently, so it’s not a fight I’m very excited to do. Maybe one of us gets the belt and we can fight again.

“Joanna is a fight that I’ve always been looking forward (to having) and I think the fans are, too.

“If she’s back and considering fighting again, I would be more than willing to fight her.” 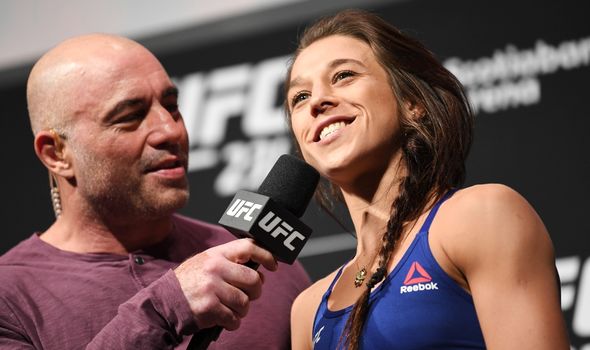 Rodriguez admitted after the fight that she was aware of not just defeating Waterson on Saturday night, but doing so in entertaining fashion, as she looks to gatecrash the title picture at 115 pounds.

“We’re not here to put on a boring fight. We’re here to entertain the fans, as well,” she said.

“She did a very good job of avoiding it, so props to her. I came here to get a knockout if there was a chance, and she didn’t put the chance out there.

“I tried to blitz as much as I could, but I couldn’t get the finish. But that’s props to her.”