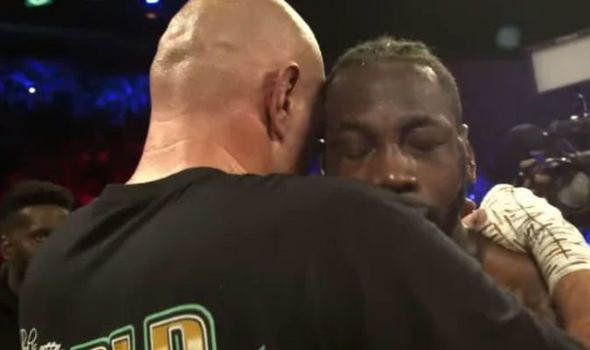 Tyson Fury’s first words to Deontay Wilder after he was crowned WBC heavyweight champion have come to light. Wilder’s five-year reign at the summit of the WBC heavyweight rankings came to an end last Sunday in front of a sold-out crowd at Las Vegas’ MGM Grand Garden.

The American, who entered the contest with an unblemished record, suffered a seventh-round TKO defeat, which came at the 1:39 mark after corner sensibly threw in the towel.

Victory over the previously-undefeated Wilder saw Fury become a two-time heavyweight champion and complete his journey back to the pinnacle of the sport from the depths of substance abuse and suicidal thoughts.

Despite the pre-fight trash talk, Fury was humble in victory and embraced the fallen Wilder shortly after being presented with the WBC belt.

And upon embracing the Olympic bronze medallist, Fury said: “What a fighter, what a fighter you are. Anybody you land on… 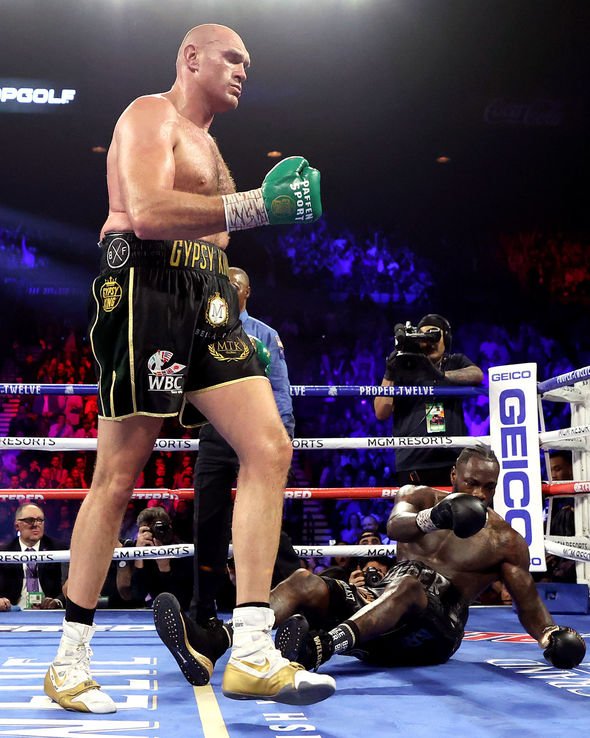 “Let me tell you something, in that right round, dynamite. God bless you and your family.”

Fury then went onto thank WBC president Mauricio Sulaiman for twice giving him the opportunity to vie for the historic title.

“I just want to say thank you for believing in me,” Fury told Sulaiman in footage captured by BT Sport. “And for giving me the opportunity to fight for this precious belt.

“I hold it very, very dear to me. I put the Mayan Belt on top of my prize collection.

“This will go right at the top, this was the only belt that evaded me over the years.

“I just want to say thank you again for giving this opportunity twice. God bless to you and your family.”

Fury silenced all his doubters with his masterclass over Alamaba’s Wilder, who he fully expects to share the ring with again.

“I told everybody with a pair of ears that the Gypsy King would return to the throne,” he said in his post-fight interview. 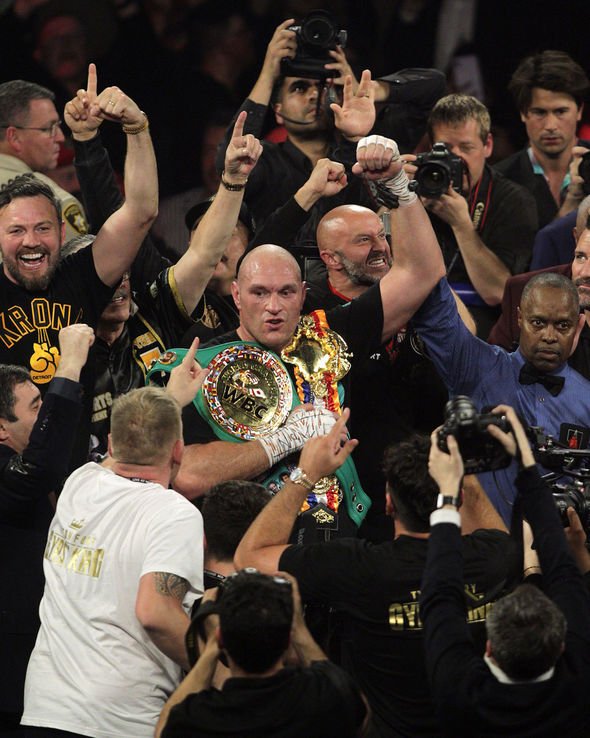 “My last fight everybody wrote me off. I was underweight and over-trained. I’m a destroyer. Not bad for someone with pillow fists.

“I’m a man of my word. I told Wilder, his team, the world. We trained for a knockout; we wasn’t tapping around in that gym.

“I talk like this because I can back it up. People write me off, they look at my fat belly and bald head and think I can’t fight. He fought the best Tyson Fury, we’re both in our primes.

“I expect him to ask for the third fight. I know he’s a warrior and I’ll be waiting.”